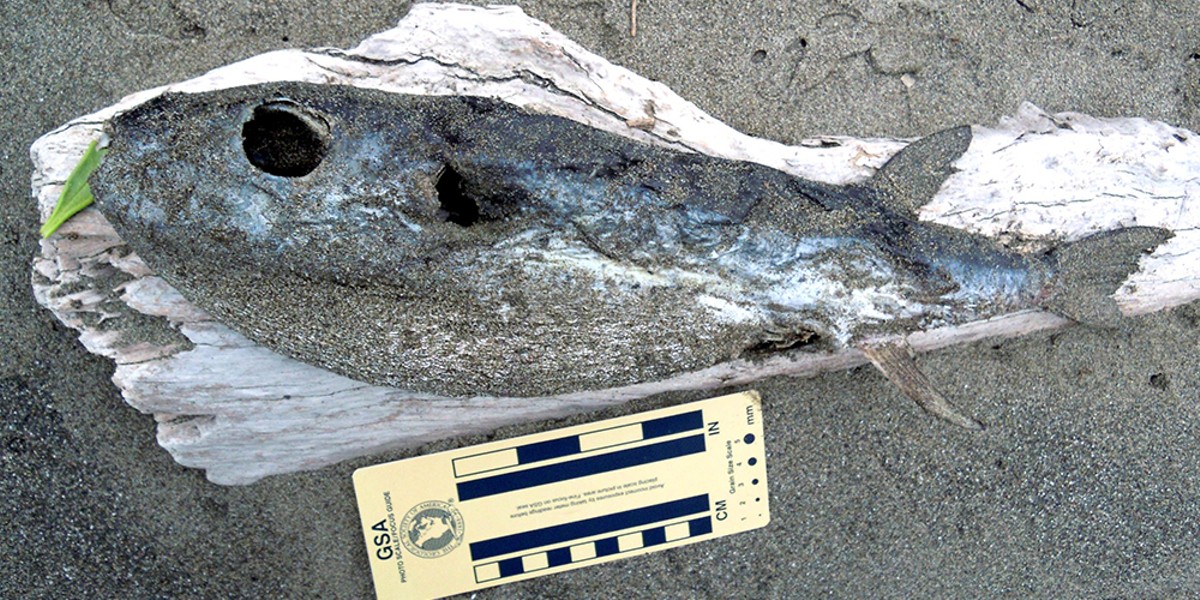 Photo by Mike Kelly The angry oceanic puffer on the beach. 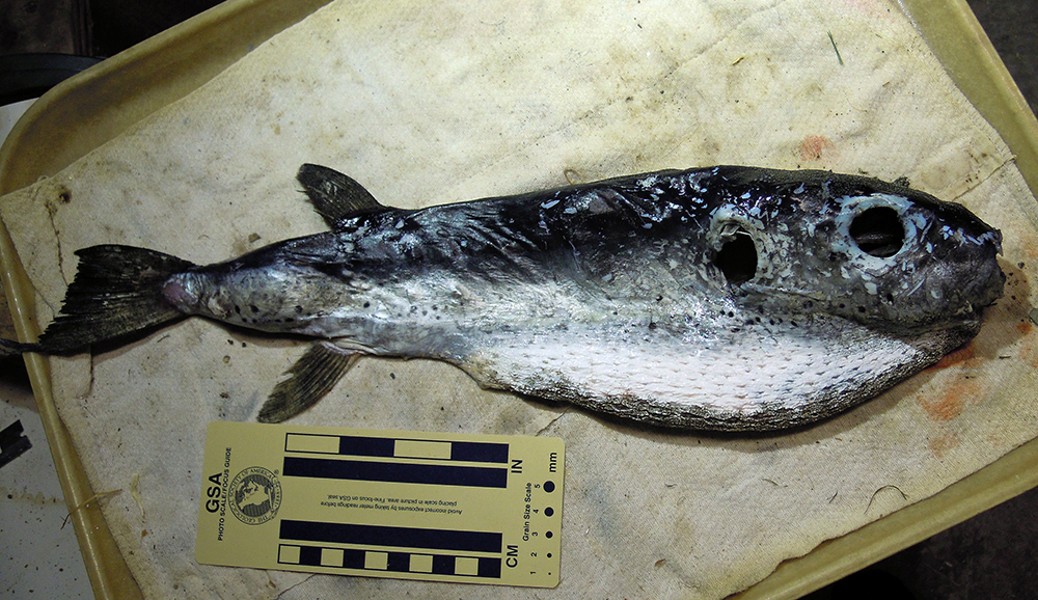 Photo by Mike Kelly The oceanic puffer, dead and deflated on a tray. 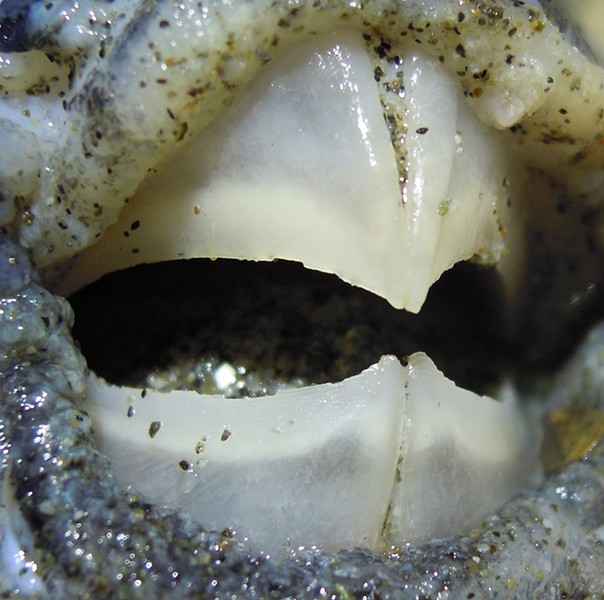 Hi there. I'm your friendly neighborhood pufferfish from the family of fishes called Tetraodontidae. You'd probably like to learn something interesting about me. For example, my family has the fewest genes of any known vertebrate animal. However, I'm not actually from your neighborhood, I'm not at all friendly and I don't give a crap about amusing factoids.

Because there's something else really burning my ass right now. Get this: One day I'm just lying there washed up dead on the beach and some guy skips over shouting "awesome" and "cool." Next thing I know, he's taking pictures of me without even asking. He even took a close-up of my teeth, for Christ's sake.

And then he had the nerve to put me in a jar on a shelf so his friends could also say "awesome" and "cool" at me. And now I hear he wrote a newspaper story in which he makes fun of my name.

I'm an oceanic puffer (Lagocephalus lagocephalus), dammit. Just because my Latin name means "rabbit-headed rabbit head" doesn't give this jerk the right to mock me. As a dead fish in a jar, I probably can't sue for libel but, believe me, I have my eye on him. Or I would if the seagulls hadn't pecked them out. Anyway, dude better watch himself.

Because if I can figure out how to unscrew the lid of this jar, I'm gonna puff myself up and bounce right at his face. I can crush a crab with my beak-like teeth so I'll easily bite off his nose. Then I'll fin him right in the nuts.

Once he's incapacitated, I'll force feed him small portions of myself so he'll die an agonizing death. Yeah, I'm toxic — very toxic. My species is implicated in the death of at least one other human who disrespected us.

So just how toxic am I? Scientists who study us poisonous animals measure our toxicity in "mouse units." Seriously, one mouse unit, or MU, represents a dose of about 0.2 micrograms of my toxin (tetrodotoxin), which is enough to kill one adult mouse. Scientists tested another pufferfish in my same genus and she scored over 4,000 MUs per gram of her homogenized body. In my prime I weighed about a kilo so I could potentially kill 4 MILLION mice.

So don't mess with me. You know I'll do it. And you'd be buried under a giant pile of violently convulsing mice. And what are you going to do if you survive? You'd have to rent an expensive excavator to bury that many mouse carcasses.

Every day I ask myself why I came to Humboldt County. Only a couple individuals of my species are known to have traveled this far north. We normally cruise around in warmer waters all around the globe eating crustaceans and squid, minding our own damned business.

I may have died of natural causes and drifted a long way over the ocean to get here. But I don't remember. I'm quite certain, however, that no animal could have killed me. If attacked, I would have puffed myself up to the size of a soccer ball, which scares the bejeezus out of everyone. Now, LET ME OUT OF THIS JAR.

(Full disclosure: The author has donated this pufferfish to the Humboldt State University fish collection where it is plotting to murder the entire fisheries department. So maybe change your major to journalism because it's safer to be the enemy of the people than the enemy of the pufferfish.)