Like many homeowners, an Arcata business is buried in debt after the housing collapse 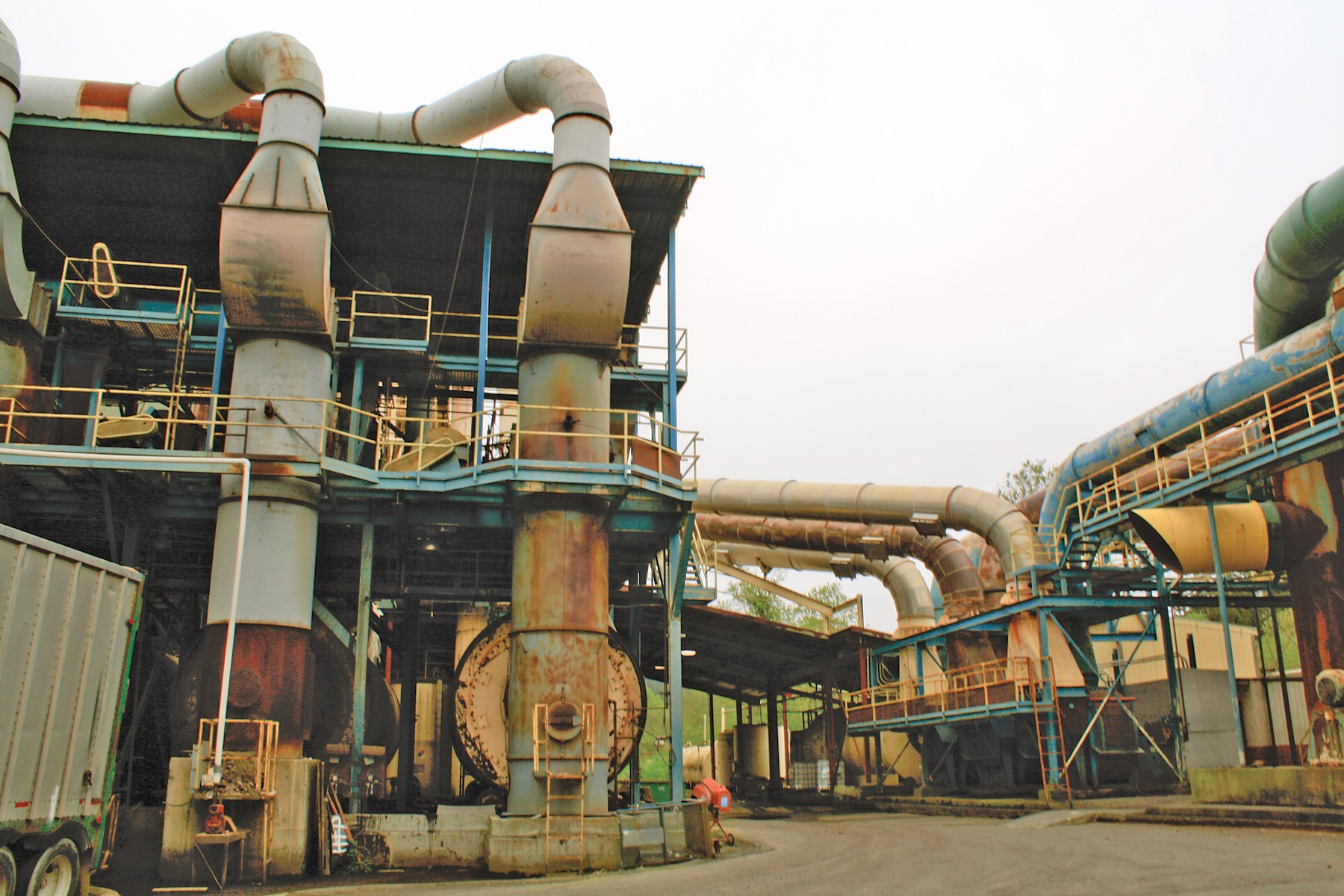 Not long ago, the giant Humboldt Flakeboard factory on West End Road in Arcata bustled with workers processing the leftovers from the lumber mills into particleboard. Now the cavernous building is empty, unlit and silent save for a low electrical hum. A thick layer of sawdust covers belts and saw blades and muffles the sound of solitary footsteps.

Call it a case of bad timing. Business was still good in 2007 when Humboldt Flakeboard Panels Inc. applied for a $2.4 million loan from the City of Arcata to help pay for a new bio-filtration unit. The unit was a necessary expense for the company to achieve compliance with new Environmental Protection Agency standards. The repercussions of not complying, the company was told, would be a forced shut-down of the plant, putting its 69 employees out of work. The California Department of Housing and Community Development funded the loan as part of a job-retention program, and Humboldt Flakeboard installed the bio-filter.

In August 2008 the housing market went from slow decline into free fall, taking Humboldt Flakeboard along with it.

Last year, with more than $2.1 million left on the loan and down to 43 employees, Humboldt Flakeboard sent a letter to the Arcata City Council requesting a deferment on the loan payments and an extension on the job-retention agreement. The council allowed the company to pay just $2,379 per month for seven months starting last November -- not even covering the three percent interest rate on the loan. In the meantime, business has gotten even slower.

"We've seen our markets shrink by about 60 percent in the last three and a half years," Humboldt Flakeboard CEO Dwayne Reichlin said. The housing crash dramatically cut demand for building materials, such as Humboldt Flakeboard's particleboard and door cores. Reichlin said, however, that the company's trouble is more complicated than just a poor market for the finished product. "Even if I had the market I'm not sure I'd have enough wood to keep the plant running."

Particleboard is usually made of waste products from the milling process, such as sawdust, offcuts (the rounded surface of the tree) and planer shavings. In the past few weeks Reichlin watched two of his major raw material suppliers curtail production or quit entirely due to foreign demand for un-milled timber ("Shipping Jobs to China?" March 31).

Transport costs have risen too. Some of Humboldt Flakeboard's products are started in Crescent City and then trucked down to Arcata for finishing. "We're having a hell of a time with fuel prices," Reichlin said. Many factors, including the recent turmoil in the Middle East, have bumped up diesel prices by 50 cents per gallon.

Meanwhile the expensive new bio-filter goes mostly unused. "It works beautifully," Reichlin said. "It's a damn shame to see it sitting there. The thing is, though, we had no choice in 2008." The decision seemed obvious at the time: Install the filter and keep the plant open.

"We had a wonderful year in 2006. Business tapered off in 2007," he said. By then, though, Humboldt Flakeboard was already committed, because of how long it took to secure the loan and go through the permitting process in order to meet the EPA's 2008 deadline.

Reichlin said that while his company jumped through all the hoops, competitors in other states dragged their feet and put off meeting the EPA regulations. When the housing market crashed, some of the competitors' home states took pity and gave them a pass on the environmental requirements. Reichlin said that, in hindsight, installing the filter probably wasn't the best decision. "But we had no crystal ball."

Larry Oetker, director of the Arcata Department of Community Development, said that from the city's perspective the loan has been a success, despite the company's troubles. "Did you retain 69 jobs? So far, no -- unequivocally." He said, however, that the city's main goal is not to collect payments but rather to keep people employed. "The city is not a bank. We have to find living-wage jobs for the community."

Yet currently there are fewer than 20 employees at the Arcata factory. Humboldt Flakeboard's management will meet this week to decide whether or not to ask for another deferment on the loan. Part of the 2008 loan agreement was that the money had to keep one full-time worker employed for every $35,000 loaned out. Right now the ratio stands at somewhere around $100,000 per employee. The company only has about 17 months to get back up to 69 workers, per the terms of the agreement. "The City of Arcata needs to be patient," Reichlin said. "It wouldn't be the right thing for the city to foreclose on that property."

Ross Welch, executive director of the Arcata Economic Development Corporation, said, "It's definitely a moving target when you're dealing with the economy." AEDC helped the City of Arcata put the loan agreement together. Welch said that at the time, the business plan looked fine, but the housing crash changed everything. "It's the nature of the business in a loan; there is some risk."

Closing the plant is seen as a losing proposition by both Hambro Group, Humboldt Flakeboard's Crescent City-based parent company, and the City of Arcata. Oetker said that while the property is prime real estate -- valued at $2.6 million -- it's occupied with what Reichlin called "a perfectly good plant" that, if shut down, would require ongoing maintenance and attention. Reichlin admitted that Humboldt Flakeboard's management has discussed shuttering the factory, albeit as a very last resort. "We're not gonna go there unless we absolutely have to," he said. "We're still hoping we can call all those people and say, ‘Come back to work.'"

Oetker was quick to defend Humboldt Flakeboard's viability. "It's one of the best businesses in Humboldt County," he said. "This is a shining star among shining stars."

A single truck pulled up in front of the plant early Friday afternoon. The driver got out and checked the connections with the trailer. He climbed back in the cab and pulled away. The factory was quiet again.