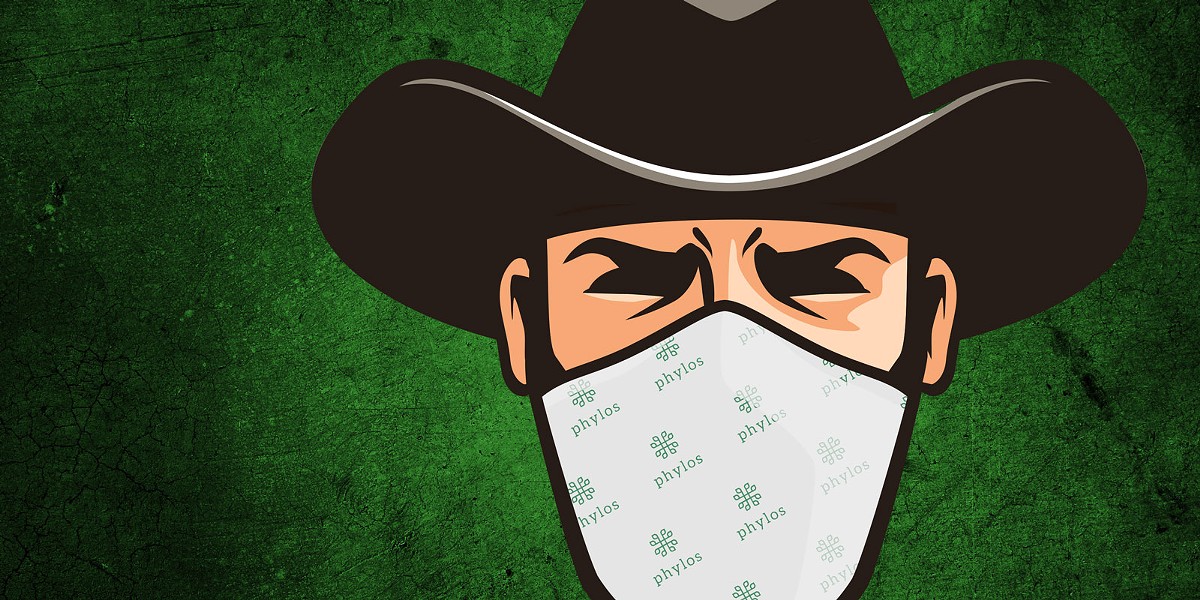 About two years ago, we wrote in these pages about the looming battle over cannabis genetics and the effort of deep-pocketed companies to register utility patents — the strongest intellectual-property protection available for field crops in the United States, one that essentially treats them like works of art — for cannabis ("Who Owns Your Pot?" Aug. 31, 2017). And we noted there was an effort to push back, led in part by a Portland scientist by the name of Mowgli Holmes, who created a system that allowed growers to register their strain genetics into the public domain.

"But farmers are suspicious," we wrote, "fearing Holmes intends to steal the genetics for himself."

To some, those words — and the underlying fears — now seem prophetic.

The cannabis industry was rocked a couple of weeks ago by news that Phylos Bioscience, Holmes' Portland-based cannabis testing company, is launching an in-house breeding program. After the announcement, a video began circulating of Holmes pitching a room full of potential investors at the Benzinga Cannabis Capital Conference, telling them that the vast amount of genetic data his company has collected makes it uniquely suited to breed "optimized plants" that are resistant to molds and mildew or primed to grow in a certain climate or region.

What's rubbing farmers the wrong way is that Holmes pitched Phylos' services as a way for farmers to get their unique strains genetically tested to protect against predatory patenting, even giving them the option of registering them in the public domain, which would leave them open to use by anyone. Phylos billed its testing service, in part, as a way to fight the proverbial Monsantos circling around the cannabis industry, launching the Open Cannabis Project, a now independent entity that announced last week that it will be closing by the end of the month amid the fallout from Phylos' announcement.

"Our story has been a key part of shaping their public image as altruistic and science-loving protectors of the cultivation community," the project's eight-member board wrote in an open letter announcing the move. "OCP started as a project of Phylos to 'protect' heirloom varieties from overbroad patents as cannabis transitions into a legal market."

The fact that Phylos, which has spent years mapping cannabis genetics and doing other testing for farmers, is getting into the breeding game opened the flood gates of worry and speculation in the industry.

"The concern that a lot of people are advancing [on Instagram] is that they mistakenly think that their genetics have been stolen and that's not what is going on. I think it's worse," Michael Backes, author of Cannabis Pharmacy: The Practical Guide to Medical Marijuana, told www.futurecannabisproject.org. "They've basically charged people to genetically fingerprint their cultivars, and they're mining that data to find markers to form the basis of a breeding program so that they can compete against the people who paid them to sequence their genetics. It's like a leech operating a blood bank. ... It's as if 23andMe got into the designer baby business."

Further infuriating some in the industry is that while thousands of farmers submitted samples to Phylos with the idea that the genetic sequencing would enter the public domain for all to see, thousands of others opted not to go public with theirs, trusting the company as a custodian of their proprietary data. It now appears Holmes and Phylos intend to use that data for their own gain in a scheme Backes likened to "surveillance capitalism." To Backes' point, Phylos reportedly doesn't have the live tissue samples it would need to recreate specific strains. But what it does have is a database of thousands of genetic sequences that it can use to identify which markers cause specific traits.

But some in the industry aren't too freaked out by the prospect of Phylos getting into breeding. Nat Pennington, the CEO of Humboldt Seed Co. and a board member for the Open Cannabis Project, was sharply critical of the way Phylos has conducted itself but he was also fairly quick to discount the threat.

From watching Holmes' presentation, Pennington said it's clear he's focusing on breeding for mass consumption, honing in on the genetic markers that will make a fast-growing, mildew and drought resistant strain.

"It's like the Early Girl Tomato — unbelievably easy to grow, disease resistant but it doesn't taste like a tomato," he said. "A lot of what (Holmes) is saying to these investors speaks to that tomato, not the one at the farmers market."

Humboldt County's future, Pennington said, is and always has been in growing the best unique and high-quality cannabis in the world. He doesn't expect anything Phylos does to change or threaten that.