Flight of the Nez Perce 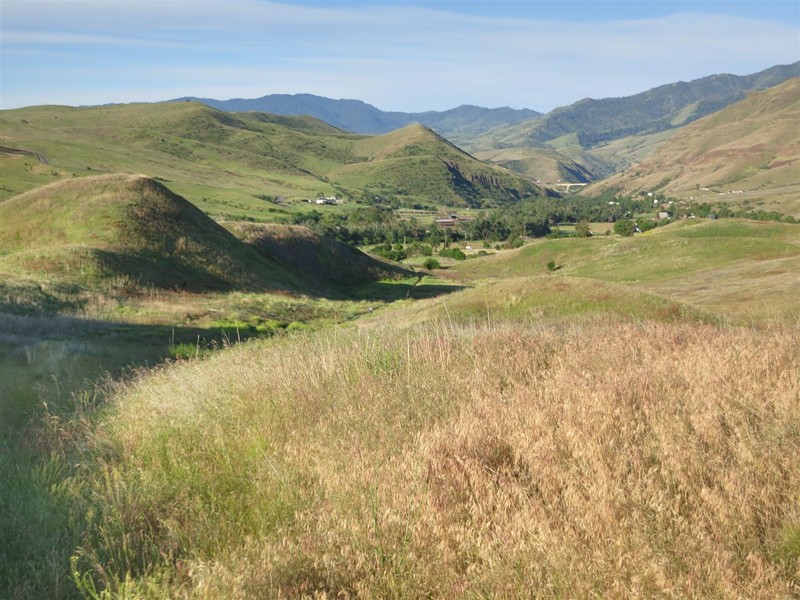 photo by Barry Evans White Bird Canyon, site of the first battle of the Nez Perce War, June 17, 1877. The Nez Perce were camped in the valley to the right of the photo, while U.S. Army troops attacked from the higher ground to the left before being routed. 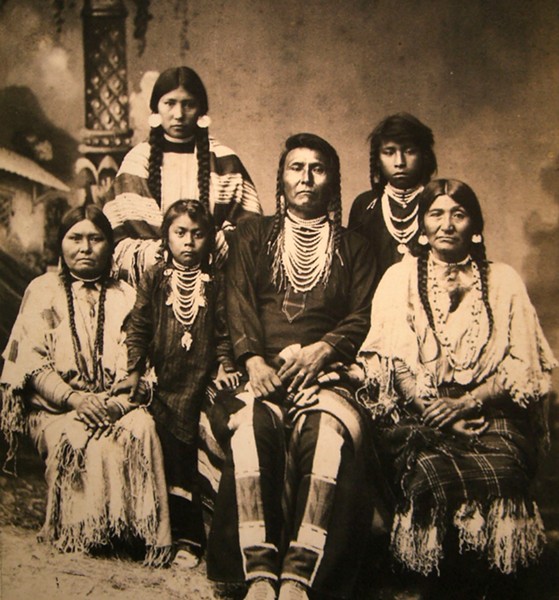 On our part, the [Nez Perce] war was in its origin and motive nothing short of a gigantic blunder and a crime. 1877 New York Times editorial

The fighting retreat of Chief Joseph and the Nez Perce in the summer of 1877 through present-day Idaho and Montana is one of the most shameful episodes of the "Indian Wars" that wracked this land for 300 years. On the one hand, about 750 displaced people, mostly women and children, were desperately trying to flee to Canada; on the other, the might of the U.S. Army was employed to prevent their escape.

In 1855, the U.S. government "gave" 12,000 square miles of land to the Nee-Me-Poo, or Nez Perce (named, incorrectly, by French fur traders -- they didn't practice nose-piercing). The parcel represented about half their traditional homeland in Washington, Oregon and Idaho. The discovery of gold on reservation lands near present-day Pierce, 50 miles east of Lewiston, in October, 1860 led to the unchecked invasion of some 5,000 white gold seekers. Three years later, the government pressured a minority of (mostly Christianized) tribal members into accepting the loss of 90 percent of the 1855 reservation land, including the Wallowa Valley hunting grounds.

The majority of the tribe viewed this new "treaty" as the betrayal it was. They continued to live and hunt within the 1855 boundaries until 1877, when General Oliver Howard gave them just 30 days to relocate to the new reservation. Instead, they assembled at Chief White Bird's village, located adjacent to present-day U.S. Highway 95, 60 miles southeast of Lewiston. There, on the morning of June 17, 1877, a band of about 70 Nez Perce warriors led by Chiefs Joseph, White Bird and Ollocot routed a force of 130 soldiers, militia and Nez Perce scouts, killing 34. No "non-treaty" Nez Perce Indians died.

It was a Pyrrhic victory. Coming less than a year after "Custer's Last Stand" at the Battle of the Little Big Horn in Montana Territory, U.S. Army Commanding General William Tecumseh "war is hell" Sherman believed the government had to capture Chief Joseph and his people to set an example to any other potential "renegade" Indians. However, what should have been a straightforward mopping-up campaign turned into a lengthy and costly pursuit. During the next three months, fewer than 250 Nez Perce warriors engaged some 2,000 U.S Army personnel in 18 battles and skirmishes during a remarkable fighting retreat.

The war ended only when fresh troops intercepted and besieged the exhausted Nez Perce, who were resting after their 1,200 mile trek just 40 miles shy of the Canadian border, in the foothills of Bear's Paw Mountains in Montana. After five days, Chief Joseph surrendered, proclaiming, "I am tired of fighting. Our chiefs are killed. ... Hear me, my chiefs! I am tired; my heart is sick and sad. From where the sun now stands, I will fight no more forever." He was as honorable and resolute a leader in defeat as he had been in battle. We'll look at the remaining 27 years of Chief Joseph's life in a future column.

Barry Evans (barryevans9@yahoo.com) pondered the meaning of "humanity" recently as he walked the grassy slopes of White Bird battlefield.