Folklife and the Trane 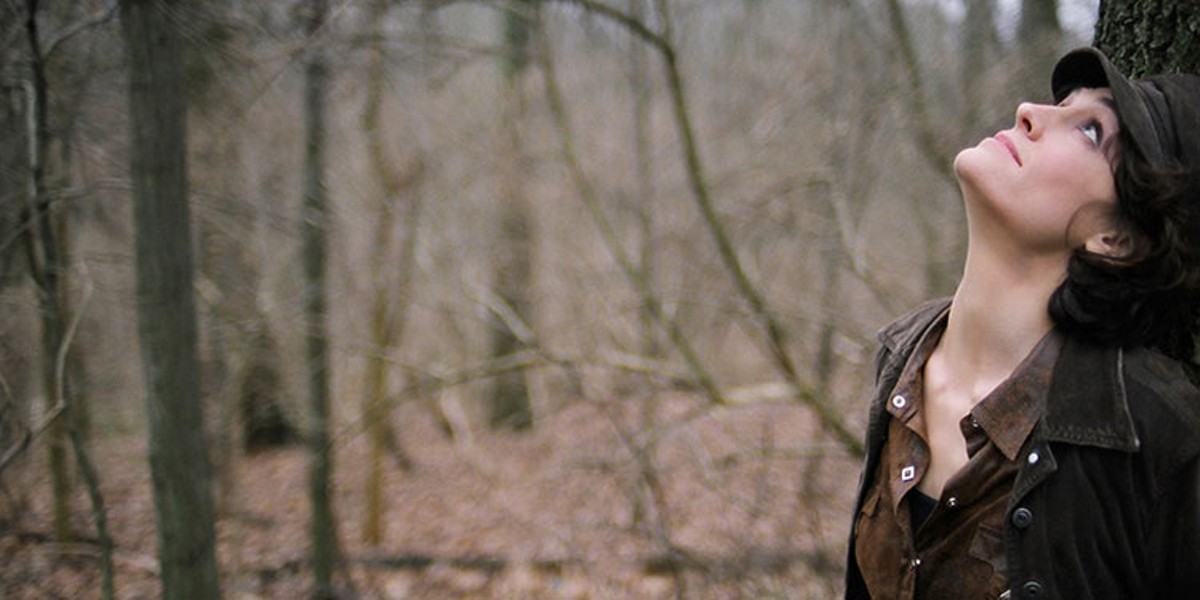 Photo by Michael-Wilson Catch Jenny Scheinman on Thursday at the Humboldt Folklife Festival in Blue Lake.

The Humboldt Folklife Festival continues tonight at the Carlo Amphitheatre with "Bluegrass and Beyond" starting at 6 p.m. You'll hear from locals The Compost Mountain Boys and Clean Livin' along with the excellent — and formerly local — Jenny Scheinman all playing out in the Blue Lake sunshine. The sun's been setting about a quarter-to-9 most evenings, so bring some warm clothes so you can stay for the whole show. Folklife members get in for $7 and it's $10 for the rest of us. For something mostly different but at the same time, the Boys of Summer will be playing hits from the deep Eagles catalogue, which you can catch out on Eureka's Madaket Plaza in Old Town. Although some of the early Eagles did feature banjo courtesy of the immensely talented Bernie Leadon, I don't know that these boys tour with a banjo. But you never know. Head on down for this free show and be reminded how to take it easy. Another 6 p.m. show on tap tonight at the Mad River Brewery Tap Room back there in Blue Lake features The Vanishing Pints doing their Irish Folk thing. It's a free show but I've got a feelin' these fellas like to keep their whistles wet, so help 'em out. If none of this sounds hardcore enough for you, The Jam in Arcata might be the place for you. It's a night of various flavors of metal for only $12 with Thou (sludge) out of New Orleans, Cloud Rat (grind) from Michigan, False (black metal) from Minnesota and Moloch (doom) from the United Kingdom. Show starts at 9 p.m. Wear something with rainbows for fun.

It's Arts! Arcata so you can do the Plaza thing and check out local art and local musicians hawking their tunes while you stroll around at 6 p.m. For some rock classics, you've got Home Cookin' up at the Mad River Brewery at the same time. It's all ages (beer for adults only please) and you can grab some food if the line's not too long. Tip the band; it's a free show. It's "Second Friday Jazz: Standards and Originals" with the RLA Trio and vibraphonist/percussionist Jonathon Kipp at the Westhaven Center for the Arts at 7 p.m. You can see these talented musicians for a $5-20 sliding scale. Tonight at the Arcata Vets' Hall, it's the Folklife Barn Dance, which starts off around 7:30 p.m. Bring your dancin' boots as the Striped Pig Stringband will get you moving with help of caller Lyndsey Battle. It's only $5 for members, $10 for non members and free for kids under 12. I stumbled into Universal Balance studios in Arcata on Friday and caught studio whiz Piet working on some recordings which I thought were by The Black Sage Runners. It sounded really good and I should have pressed Piet for more details. The band will be at Humboldt Brews tonight at 9:30 p.m. along with fellow locals Peach Purple, who all recommend bringing your "dancing shoes and your thinking caps because it is bound to be a full spectrum of genre and energy." Couldn't have said it better myself. Bring $5 for the cover charge. The Irie Rockers are bringing the reggae, rock, funk and hip hop sounds to the Blue Lake Casino's Wave Lounge tonight at 9 p.m. for free. In the Tish-Non Ballroom at Bear River Casino, lovers of Latin music will find Nueva Ilusion at the same time and also for free. Just down the way, in the Thirsty Bear Lounge, Steel Rose returns to cover today's biggest country hits. I've heard this band is really good and I know they've got a devoted local following, as one of my bands filled in for them last minute the last time they were supposed to play in Loleta. Let's just say there were some seriously disappointed — and very vocal — fans. So for those of you who screamed at us to get off the stage, tonight's your night, they'll be on at 9 p.m. and playing until 1 a.m. all for free. Tell them how much you missed them. Hera Has a Heart, who play acoustic punk, are releasing an album tonight at the Alibi. Welcome these Whale Gulch rockers to town and check out their new release. They're joined around 11 p.m. by SoHum rockers Droll Weevil. $5 for this record release show.

It's the All Day Free Fest, which wraps up the Folklife Festival. Music starts at 10:45 a.m. and happens simultaneously between the big stage in the Amphitheatre and the street stage. You'll hear music from Absynth Quartet, The Trouble, Safari Boots, La Patina Band, Melanie Barnett, Vanishing Pints and many others. Bring some sunscreen. At 12:30 p.m. today, a three-day musical series commemorates and celebrates the "50th Anniversary of the Ascension of Saint John Coltrane." It's hard to believe we lost a giant of a musical force, and a man who would forever shape the future sound of jazz and the saxophone, 50 years ago. These aren't exactly tribute concerts per se, nor will you only be hearing songs from Coltrane's catalogue, but rather you'll hear local musicians paying tribute to the spirit and the sound of the man. Today you'll hear from Val Leone on guitar, Ricardo Cueva on bass, Lucas Condeni on drums, John Labno on harmonica and Don Baraka on the saxophones and flute. Find them today for free at Cafe Phoenix in Arcata. Feel free to get ready for these three days of tribute by listening to Trane himself. Blue Trane, A Love Supreme, Stardust — you can't go wrong. Some original surf rock is on the bill at the Mad River Brewery Tap Room at 6 p.m. this evening courtesy of Band O' Loko, who'll be doing the free thing for you and the family. Tip to help 'em out. Down the way in Blue Lake are The Undercovers, who are stopping by the Blue Lake Casino and Hotel's Wave Lounge at 9 p.m. You'll hear covers from the past few decades, and I bet you'll recognize almost all of them. It's a free show, so head on over. If you missed Steel Rose last night, it looks like they'll be making another appearance at the Bear River Casino and Hotel. Same time, same place, same price. 9 p.m. and free.

Blondies in Arcata is hosting the Coltrane tribute at 6 p.m. tonight and for free. Look above for the band line up.

Today's the actual anniversary of Trane heading down the eternal tracks so it'll be the final night of the celebration of his spirit at the Eureka Inn's Palm Lounge at 7 p.m. The lineup tonight is Brian Post & Friends with Tom Lopes on bass, Val Leone on guitar and Don Baraka on woodwinds. This one's free as well.

Andy Powell is a congenital music lover and hosts The Album of the Week Show on KWPT 100.3 FM Tuesdays at 6 p.m. The Trane never stops.