A conversation with Eric Holt-Giménez 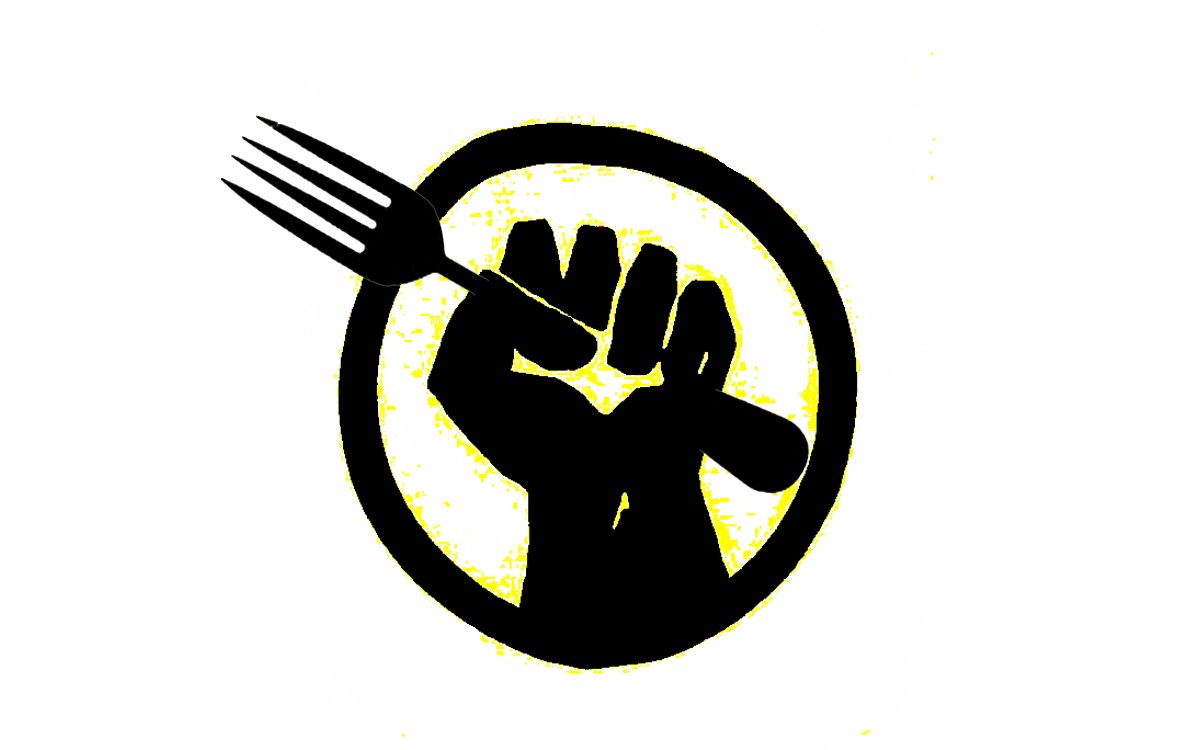 "The purpose of Food First is to eliminate the injustices that cause hunger." -- Food First mission statement

Food activist, agroecologist and political economist Eric Holt-Giménez came here last week as part of HSU's Sustainable Futures series to speak about solutions to the root causes of the global food crisis. Coauthor of the book Food Rebellions! Crisis and the Hunger for Justice, Holt-Giménez is the executive director of the Oakland-based Food First, a nonprofit think tank founded in 1975 by Frances Moore Lappé and Joseph Collins.

The Food First program Building Local Agrifood Systems is in its second year working to ensure that jobs in the food sector -- by their count 18 percent of all jobs in America -- are good jobs for fair wages. They also campaign locally and nationally to end the food crisis, to support policies that move us toward a better, more equitable food system and to provide alternatives.

As they say on their website, "Dismantling the industrial agrifoods complex at the local food system level must be accompanied by the construction of alternatives that suit the needs of small-scale producers and low-income consumers worldwide."

In advance of his visit, we reached Holt-Giménez by phone at Food First headquarters in Oakland.

Journal: Humboldt has a flourishing, localized agricultural community. What issues is Food First focusing on that might be applicable to our area?

Eric Holt-Giménez: There is a global food crisis, and that links to local food systems. There are things we can do locally to try to change things globally. We may not feel affected locally, but there are over a billion people globally suffering from hunger. In the U.S. we have 50 million hungry people. Many of the alternative food systems that are appearing across the U.S. could actually play an important role in alleviating this crisis here in the U.S. What's keeping that from happening is one of the focuses of Food First, and my work.

Tell us about the Oakland Food Policy Council -- how Food First is affiliated, and how it's trying to achieve its goals.

The City of Oakland actually had some seed money to start a food council, which resulted from a study the city did on their own food system. One of the suggestions that came out was that a council was needed to represent all the different people of Oakland vis-à-vis their food system and how to improve it. Oakland has [an] alpha and omega of food: We have the Oakland Hills, whose inhabitants are quite affluent and have access to the finest California cuisine, and then we have large areas in the flatlands that some people call "food deserts" or "regions of food apartheid," where people have a hard time accessing good food [i.e., no stores] and incidences of diet-related illness are off the charts. So to deal with those disparities, Food First and the City started the Oakland Food Policy Council, which convened a very diverse council through a democratic process of selection. It's probably one of the most representative councils in the country. It's a very promising development regarding our food system because its really about democratizing our food system at the local level.

It can't be as simple as opening a Whole Foods in low-income areas. What about all the food deserts? What can be done to change their situation?

In the past, these neighborhoods had a vibrant food culture with all kinds of stores from different ethnic traditions, and people ate much better then, but Oakland has gone through a process of economic devastation. Supermarkets forced mom-and-pop stores out of business. Then white flight out of the city, and the resulting vanishing chains and supermarkets, left economically bombed-out areas. So rebuilding the food system is directly linked to rebuilding the local economy.

We have lots of farmers' markets here in Humboldt and people are aware of these issues on a local level. What can we do here locally to decrease our dependency on trucked-in agrifoods and to make choices at the market that don't support industrial farming?

There are big challenges. One is certainly to work on the subsidiary principle -- you do as much as you can, as close as you can to home -- but clearly you can't buy everything locally. So one does what they can. But beyond that is the concept of food sovereignty, which is control over the wealth of the food system, so you want to keep that food dollar in the community, where it can recycle. If your food is being made locally but it's passing through one of the larger agrifoods monopolies, your food dollar is leaving the community, no matter how closely the food is being produced.

Our local dairy just got bought by a big company. So even though our milk is local, the dollars we pay aren't staying here in Humboldt.

The Crossroads Center is an organization that provides communities with ideas about keeping food dollars recirculating locally. There's no one, single answer, but I think taking back control of the food system from what we call the corporate food regime is the way forward. I don't think "voting with your fork" is really the answer, because our choices are so limited. When you go to the store, do you buy the organic apple shipped from New Zealand, or do you buy the non-organic apple from Washington? This is endless and you could drive yourself crazy. There are some rules of thumb: Try to buy direct from the farmer, or [buy food] made closer to home.

Of course as an individual you can do almost nothing. What we need to do as citizens is organize, not just act as consumers, and change the rules. The rules of the U.S. Farm Bill, which favor the corporate regime, need to be changed. The polluting of our groundwater, the exploitation of immigrant labor: These are what the rules support. We can start at the local level. Start a Food Policy Council! Work to keep food dollars local! Then we can focus on state and national levels.

The food movement is growing by leaps and bounds. When we do things at the local level, like joining our CSA and growing gardens, we don't necessarily see that these are global trends and gaining momentum. The food price and oil crises are indications the current model is breaking down, and I think we should be encouraged that something new is being built up and really find ways to link our local efforts with national and global efforts, like Community Food Security Coalition, the Alliance for Food Sovereignty, Via Campesina and many others. We are not in the minority.