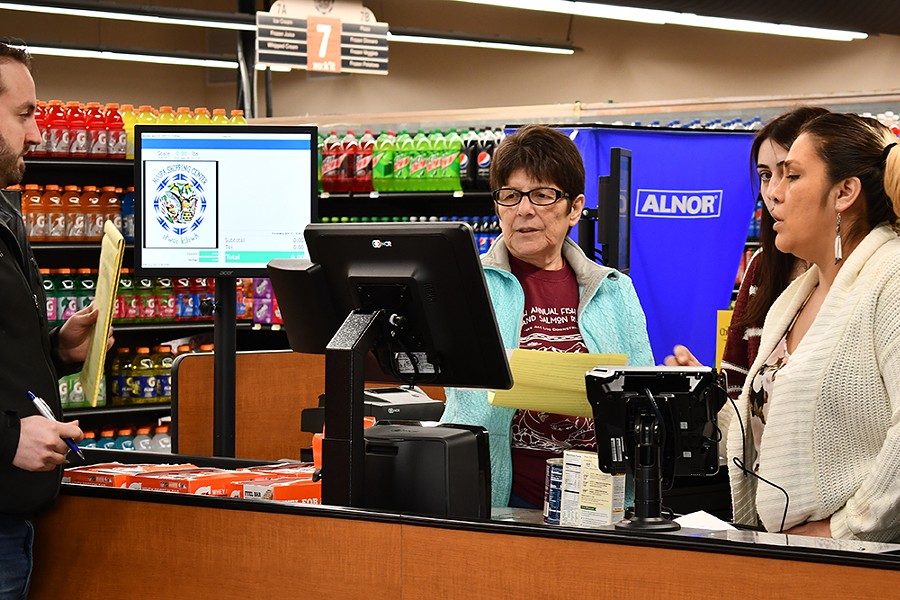 File The Iłwai Kiliwh grocery store that opened in Hoopa last year is a 14-mile drive from the Yurok Reservation.

There has been a lot of talk about Native reservations being food deserts. With no corporate supermarket and little access to the necessary amounts of salmon, a traditional staple, the Yurok Tribe has started the Yurok Agricultural Corporation (YAC) to overcome this imbalance and move ahead with hope for a brighter future planted in the soil of a concept called food sovereignty.

The YAC recently purchased the latent Weitchpec Nursery and will repurpose it to benefit tribal members, according to Toby Vanlandingham, president of the YAC. "The Yurok Agricultural Corporation has an opportunity to once again bring that business back into the community to stimulate economic growth, create decent paying jobs and to assist residents with becoming self-sustaining by growing their own food."

In 2011, the U.S. Department of Agriculture classified the Yurok Reservation as a food desert, which it defines as "a low-income census tract where a substantial number or share of residents has low access to a supermarket or large grocery store." Food options on the reservation are at a minimum, Vanlandingham reports. The two mini marts with limited stock, Pek-Tah fuel mart in Weitchpec and Pem-Mey fuel mart in Klamath, are the only places to shop; Hoopa, with its grocery store that opened last year, is 14 miles away ("Hoopa's Long Wait for a Grocery Store is Over," March 6, 2019). It's 60 miles to multi-store Crescent City from Weitchpec, Orleans Market is 14 miles off going the other way and Orick Market is 16 miles from Klamath. These distances are even more significant when taking into account lack of transportation and funds for fuel.

Vanlandingham, who is also a Yurok Tribal Council member, said on behalf of the YAC that the purchase revitalization of the Weitchpec Nursery will provide the community with jobs, as well as access to low-cost vegetable starts, gardening supplies, educational workshops on food growing and preserving, as well as the opportunity to grow produce for sale at local stores and a future farmers market in the Weitchpec area.

"Food sovereignty to me is the people's right to define their own healthy and culturally relevant food system that utilizes ecologically and sustainable methods for growing and harvesting," he said.

Home gardens have a long tradition among local tribal people. Growing squash, corn, beans and watermelon helps fill out the family menu. The nursery, it's hoped, will provide a stable source of items, like seeds and starts, for them to plant in their own gardens. Food nurtured from the earth also helps to support the animals and plants Native people have hunted and gathered from time immemorial. Harvesting homegrown foods is especially vital for those who live in a subsistence economy, many far below the poverty line. According to Vanlandingham, unemployment rates on the reservation are above 80 percent and the median annual household income is roughly $11,000. While the USDA reports 12.9 percent of Americans received assistance from the Supplemental Nutrition Assistance Program in 2017, Vanlandingham stated that on the Yurok Reservation, some 64 percent of households rely on some kind of nutritional assistance and, among them, 84 percent reported they worried "about running out or ran out of food in the past year."

Vanlandingham indicated the YAC is working to end food shortages on the Yurok Reservation. "The Yurok Agricultural Corporation's goal is to assist the Yurok reservation and surrounding communities in building a concrete foundation for an environmentally sustainable food production and distribution system that is equitable and socially just. There are a multitude of building blocks working now toward that goal; the YAC is the missing piece that ties economics into the equation and brings all these blocks together."

Vanlandingham went on to say, "Food choices are strongly tied to our culture, with the decline in access to traditional foods like salmon, acorns, deer and elk, our people are forced to turn to heavily processed foods from store shelves or through the USDA commodity programs. Our long-term goal is to achieve food sovereignty that revitalizes our traditional ecological knowledge and practices that results in healthier communities that are free from so much processed food items."

Time will tell if the revitalization of the Weitchpec nursery will have a favorable impact on the food availability for Yuroks on that part of the reservation. At least it is a step in the right direction of getting back what was once theirs in terms of available fish, acorns, mushrooms and other items traditionally gathered by the tribal members.

For more information you can contact the Yurok Agricultural Corporation at 482-0441.

André P. Cramblit (he/him) is a Karuk tribal member who fondly recalls the gardens of his great-uncle Leonard Super and his great-great-aunt Bessie Tripp.