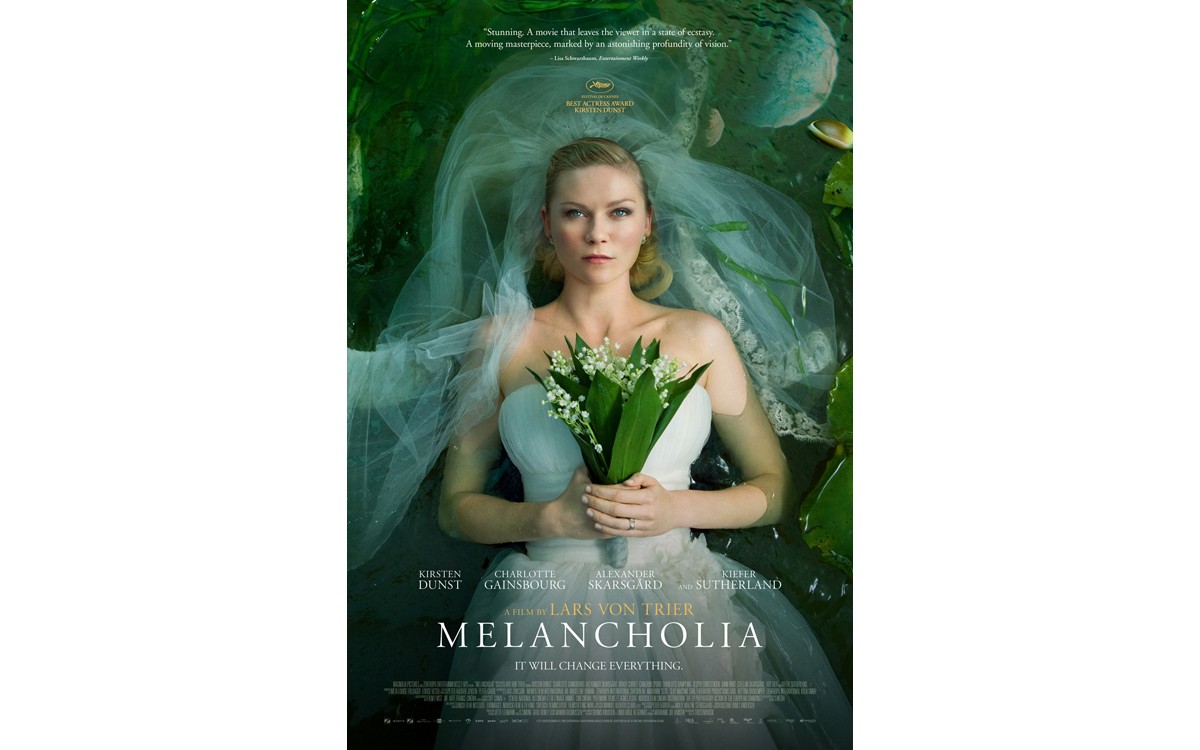 MELANCHOLIA. Never one to shy away from mischief, director Lars Von Trier feels that "a film should be like a rock in the shoe." Uneasiness plays a large role in most of his films: Breaking The Waves, Dancer In The Dark, Dogville and The Idiots are full of characters driven to insanity and forced to endure the dark side of human psychology. Stunning and critically lauded, Melancholia is the flipside to Malick's Tree of Life, an intergalactic doomsday sci-fi as metaphor for psychological disorder. Charlotte Gainsbourg and Kirsten Dunst play sisters holding on and letting go as life in the universe seems to be coming to an end.

IN THEIR OWN WORDS: BRITISH NOVELISTS. This ambitious two-disc set from the BBC is more than just an impressive collection of archival footage from some of Britain's most influential authors. From Bertrand Russell to Virginia Woolf, on through to J.R.R. Tolkein and Salman Rushdie, the works of great thinkers serve to illuminate the broader culture climates that produced them. This excellent six-part series serves as a crash course on the history of Western thought over the 20th century, and its relationship to the world we have created.

TINY FURNITURE. Born in 1986, Lena Dunham may just be the richest, most coherent voice of her generation. After accidentally becoming a YouTube phenom (a clip of her using an Ohio University fountain to shower in went viral), Dunham decided: "This is not how I want to emerge to the world." The 25-year-old writer/director/actress has since landed her very own HBO series, Girls. That came largely as a result of her critically praised feature, Tiny Furniture, now a Criterion Collection DVD. In it, Dunham plays herself, a recent college graduate who less than gracefully returns to the nest, hoping to figure things out. Dunham cast her real life sister and mother (NYC photographer Laurie Simmons) in the story of her awkward homecoming. The result is a remarkably fresh and honest portrait of the hopes and shortcomings of privileged young America.

MARTHA MARCY MAY MARLENE. A surprisingly well made debut from Borderland Films co-founder T. Sean Durkin, who simply "wanted to make a movie about a cult." The film stars Mary-Kate and Ashley's younger sister Elizabeth Olsen as a young woman who musters the will to leave a communal cult in upstate New York led by John Hawkes (Winter's Bone, Eastbound & Down). The film avoids cartoonish characterizations of cult life and feels entirely believable. By juxtaposing commune flashbacks with scenes of Martha trying out regular life with her big sister, Durkin calls into question the morality behind conventional family structures. Skillful, dreamlike edits draw us into the inner world of a sweet kid whose naive charms become her potential undoing.

Merrick McKinlay is co-owner of La Dolce Video in Arcata.