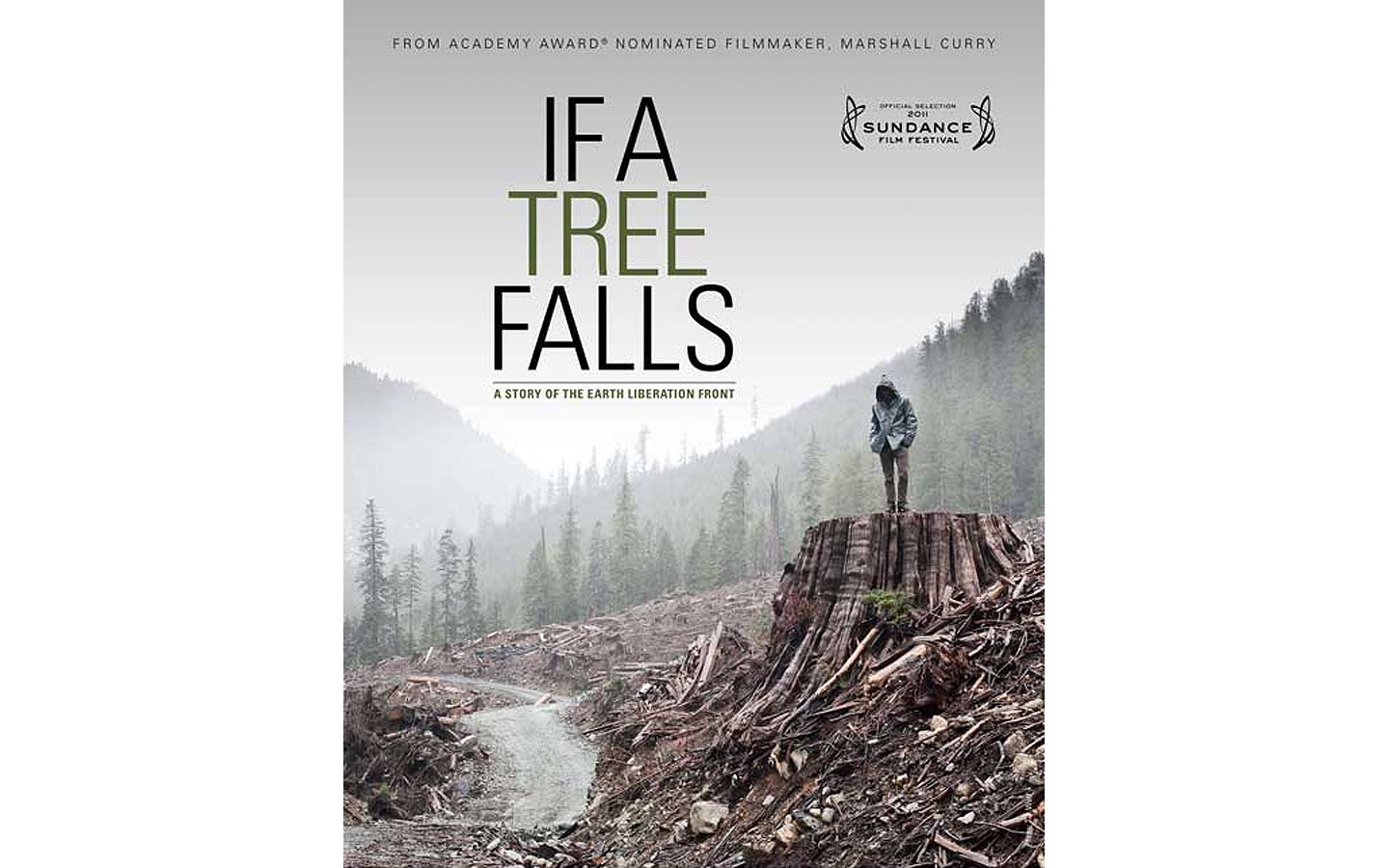 Many of this year's Oscar nominated films did not play in local theaters. Here are a few that are already out on DVD:

If A Tree Falls: A Story of Earth Liberation Front (Best Documentary Feature) How often do we get to see footage from Eureka in an Oscar nominated film? (Perhaps the 1997 pepper spraying of Earth First activists is not the most flattering image of Humboldt, but there we are, headed to the Oscars!) The ELF was an anonymous network of radical environmental groups active in the 1990s, accused of burning down a wild horse slaughterhouse and the offices of a lumber company that was clear-cutting in Oregon. This powerful documentary focuses on soft-spoken activist Daniel McGowan, a former ELF member on trial for terrorism after refusing to testify against his fellow members. Is economic sabotage against exploiters of the environment "terrorism," even if the group in question is careful not to physically harm anyone?

Hell and Back Again (Best Documentary Feature) A documentary look at the war in Afghanistan through its effects on one U.S. Marine (Sgt. Nathan Harris), who says he joined the military because he had "always wanted to kill people." Director Danfung Dennis shifts back and forth between combat footage of Harris in Afghanistan, and his attempt to settle back into civilian life in North Carolina. After several surgeries, the injured vet transitions from making life or death decisions for his men to relying on his wife for basic needs, while numbed by a cocktail of addictive painkillers. The director stays away from politics, focusing an objective eye on one soldier's story.

A Better Life (Best Lead Actor) He's revered in Mexico, but actor Demian Bichir is mostly known to U.S. audiences for a supporting role as a crime lord on Weeds. He's definitely the underdog in this category, for his portrayal of an undocumented immigrant who risks everything to give his selfish, Americanized son a better life. This is a more subtle performance than many of the other contenders, as Bichir plays a character whose situation requires him to be "invisible." Fans of classic cinema may recognize much of the plot as an homage to Vittorio De Sica's 1948 masterpiece The Bicycle Thief.

Beginners (Best Supporting Actor) This is the second Oscar nomination for Christopher Plummer, who plays a gay man who comes out of the closet at age 75, after the death of his wife. Plummer's newfound sense of belonging is contrasted with the awkward loneliness of his straight 30-something son (Ewan MacGregor). Sweet, but never cloying, the indie drama is loosely based on the director's own life. If there was a prize for Best Supporting Animal Actor, the Jack Russell terrier who offers telepathic advice via subtitles would be in the running.