In town for court, the former Eureka doc encounters her past 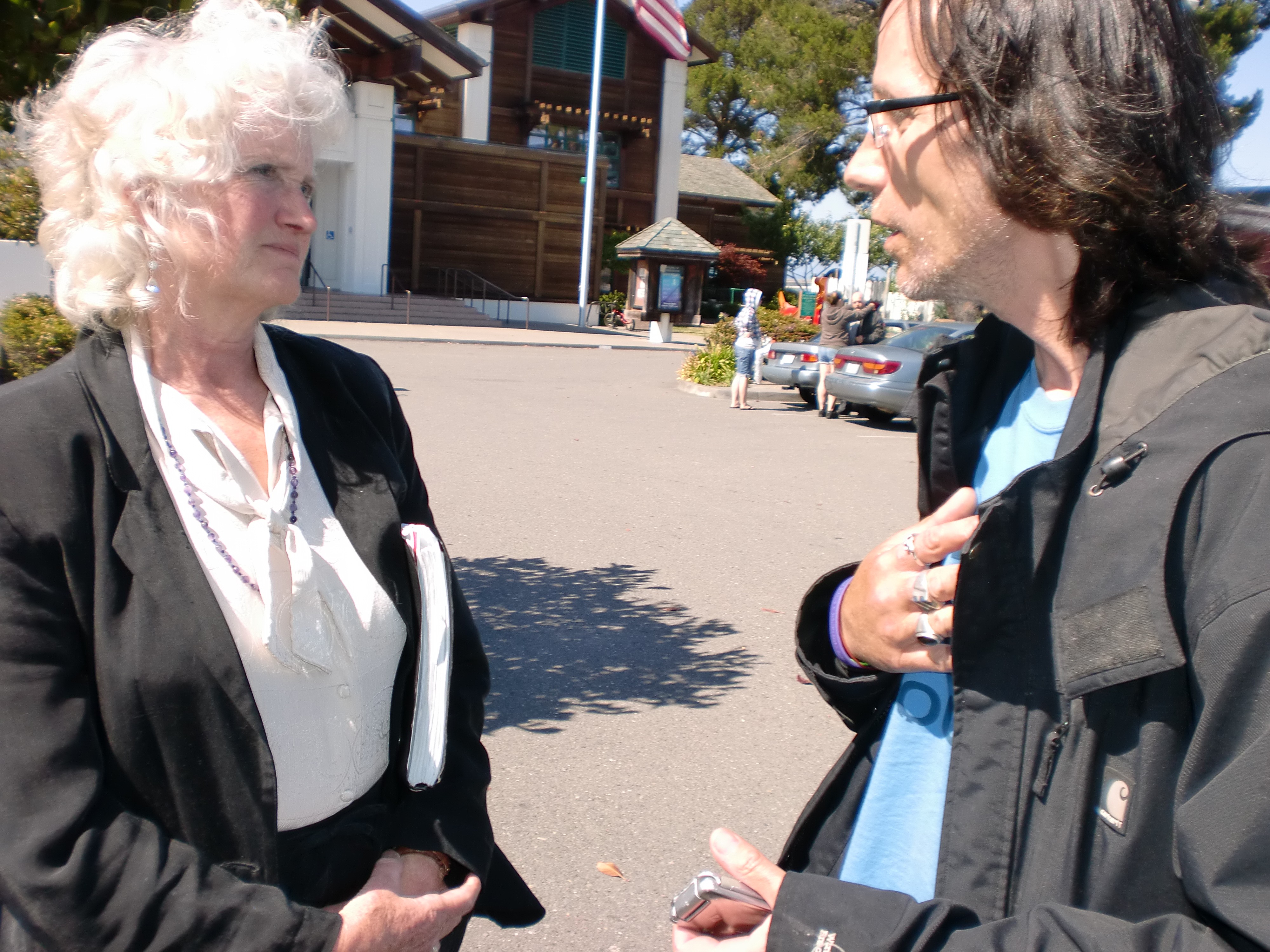 Just moments after Dr. Fran Day left the Eureka library last Wednesday afternoon and began walking across the parking lot to her car, they saw her. First it was a fortyish man, with medium-length dark brown hair, glasses, and silver rings on his fingers. "Dr. Day!" he cried out from across the lot. He hurried up to her. "Oh my God, I'm so glad to see you! Are you all right?"

"Well," Dr. Day said, "I just got charged with some felonies, so not too well. How are you?"

"Not well," said the man, who reminded her his name was Larry Seminoff. "The doctors won't take me. They said, 'You're Dr. Day's patient, we can't take you.'"

He said he hadn't been able to get other doctors to prescribe the methadone he used to get through Dr. Day, 120 mg a day for anxiety and chronic pain, since Day left town in March -- precipitously, without notifying her patients ahead of time or leaving them their patient files. (See "Where is Dr. Fran Day," March 18).

Seminoff recounted how he'd gone up to her little house/office, near here on Fourth Street, and seen the note on the door saying she'd gone away on a family emergency. And how, when he came back a few days later, a new note said she'd gone for good. "I panicked," Seminoff told her. "I tried getting meds everywhere. But Medi-Cal Mobile won't take me. Open Door won't take me. I kept trying to get a doctor, but they told me to go to Urgent Care [at the hospital]. So that's why I'm on the street now, trying to get methadone. Anything it takes."

Methadone was going for $5 a pill on the street, he said. With a prescription from Day, under Medical, he'd been able to get them from the pharmacy for 25 cents a pill. He couldn't afford the street meds anymore. And he was all out. Could she help him? Would she prescribe him some methadone? A doctor at Urgent Care had given him some Ibuprofen -- he rattled the big, full bottle of it he still carried in his pocket -- but it did nothing for the pain. He lifted his pant leg to show his left foot, permanently bent from an accident. "If I don't have pain medication I can't walk," he said.

And, oh, Seminoff said, he was dreading the looming withdrawal. "You feel like you want to die," he said. "Throwing up, diarrhea, you can't move for three, four, five days. And then you go through sleep deprivation."

"I think it's illegal to refuse care," Day said, looking nearly as distressed as Seminoff. But no, she said, she could not prescribe him anything. She was under investigation by the Humboldt County District Attorney's office, which filed a misdemeanor complaint against her last December charging her with two counts of resisting, obstructing and delaying three emergency medical technicians while they were attempting to bring one of her patients to the hospital. When she'd returned to Humboldt for court hearings this particular week -- she's living in Eugene, Ore., now -- she'd learned that the DA's office had charged her with six more counts: five felony counts of prescribing controlled substances to addicts, and one potentially lesser count of prescribing to herself. And now, she said, the DA's office was filing a motion to force her to forfeit her prescription pads and abstain from prescribing, per a rule that allows such action when a doctor is charged with a felony.

Day denies all of the charges. Earlier, in the library, she had described what happened the day of the events that led to the first charges filed against her. Among other things, she accuses the EMTs of taking too long to get her patient to the hospital -- that's why she was yelling at them. As for the new charges, she says she never knowingly prescribed controlled substances to heroin addicts. (Note: The DA's office has not yet specified what types of addiction the charges pertain to). Nor, she said, had she prescribed drugs to herself. (In a later conversation, Deputy DA Benjamin Mainzer said he couldn't discuss the details of the case.)

Seminoff's pleading intensified, but Day held fast. He finally left, after hugging her. Then a woman in a purple coat, with a wiggly dog on a leash, walked up, crying. "It is Dr. Day," she said. "Dr. Day, I can't get my meds." The woman, Pam Upton, asked if Day could prescribe her some methadone. It was the only thing, she said, that dulled the pain from her muscular dystrophy -- pain so bad she wanted to commit suicide. "The only reason I don't is because I don't believe in it," she said. She added, "I'm so sorry it's going so hard on you. You're the one who really got me out of this slump. But I can't find another doctor who does chronic pain. I have called everyone here, and in Arcata, Fortuna and even Redway."

Earlier, in the library, Day had ranted about how doctors in Humboldt won't take chronic pain patients. She also said she confronts what she sees as abuses of power, especially toward the homeless and vulnerable. She said she'd argued with every authority in town, from the Eureka police chief to the head of the California Highway Patrol to the head of St. Joe's hospital to, yes, EMTs. "I had a bad reputation here," she said. "I'm an activist, I'm argumentative, I want to change things. I'm a very rational person. I'm also emotional. They're not exclusive."

If she ends up being convicted of felonies, she could lose her license. "If that happens, that would be too bad," she said. "Maybe I'll write a book. And if I go to jail ... well, I guess I could look at it as an educational experience."