Fraud and Robot to the Rescue 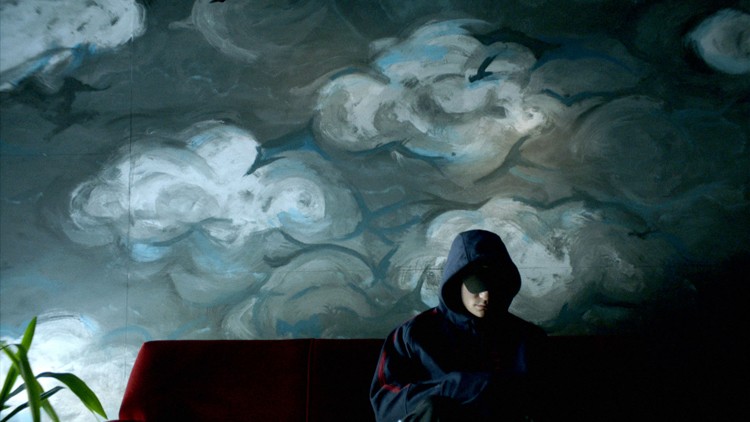 THE IMPOSTER. It only takes a couple of minutes for British documentarian Bart Layton's The Imposter to make viewers feel uneasy. As the film begins, home movies and photos of a 13-year-old San Antonio, Texas, boy named Nicholas Barclay -- who disappeared without a trace in 1994 -- are intercut with painful snippets of conversation with his still-distraught family. Soon it all gives way to staged scenes of a runaway teen found three years after Barclay's disappearance halfway across the globe in Linares, Spain, followed by footage of a full-grown man with a heavy accent casually describing how he perpetrated an epic theft of the boy's identity. How could a con man succeed at such a bizarre and horrible crime? And why is he allowed to sit calmly in front of a movie camera and explain his craft while exuding an obvious sense of pride in his accomplishment?

That uneasy feeling grows into full-blown dread by the time this entrancing but troubling film draws to a close. The star of the show is real-life serial imposter Frederick Bourdin, a Frenchman who reportedly assumed as many as 500 false identities since launching his unusual career while still a child. Bourdin's life was fictionalized in a 2010 French movie called The Chameleon, which employed Bourdin as a consultant and set his story in Baton Rouge. The Imposter is another kind of film altogether. It's less interested in identity theft than in the self-deception and complicity required of Bourdin's victims -- in this case, the Barclay family -- and how people can force themselves to believe almost anything given the right set of desperate circumstances.

Bourdin's brown eyes, dyed hair, thick accent, obviously advanced age and penchant for odd clothing that hid his facial features didn't stop the Barclays from accepting him as their blonde-haired, blue-eyed Nicholas. Bourdin also fooled Spanish police and social workers, an entire Texas community and the FBI. But there's more to The Imposter's layered deceptions. In the film's final act, events take a sharp turn that alters the meaning of what came before and fairly justifies the seemingly inappropriate style in which the film tells its sordid tale.

That style is a descendant of the early films of Errol Morris, who first blurred boundaries between narrative and documentary techniques in award-winning films like The Thin Blue Line. There are no shaky handheld shots in The Imposter. Instead, we find slick widescreen photography, re-enactments by seasoned actors and an expensive soundtrack with familiar songs by David Bowie and Cat Stevens to accentuate the film's emotional peaks. In the end, all that gloss makes the audience feel like fellow victims of a grand deception. The Imposter demonstrates that anyone can be taken in by a skilled con artist, even one who's only wielding a movie camera. R. 95m.

ROBOT & FRANK. Science fiction works best when it's deeply rooted in character -- when technology just sets the scene to emphasize the humanity in all of us. Making their feature film debuts, director Jake Schreir and writer Christopher D. Ford have nailed it with Robot & Frank, a wry, melancholy, sardonic gem of a film that steadfastly holds humanity's ground in the face of ever-evolving gadgetry.

Set sometime in the near future, Frank (the terrific Frank Langella) is a retired jewel thief suffering the onset of Alzheimer's. When his son, who is too busy to take care of him, drops off a robot butler, Frank initially is leery of his new companion. But he warms up to the robot when it cleans his house, cooks his meals and takes him on walks. He downright loves it when he discovers that it can help him pull heists.

The old man has his eye on the local sexy librarian (Susan Sarandon), so the first job he plans is breaking into the local library, which is going completely digital, to steal a valuable antique book in order to impress her. But the thrill of the heist is so great that he forgets about courting her and focuses on more burglaries.

Schreier and Ford use Frank, the library and, ironically, the robot to both embrace the future and celebrate the past. The film warns that what defines us as human beings -- philosophy, romance, chivalry, spontaneity, adventure -- can never be replaced by technology, no matter how well it cooks, cleans or helps you plan a robbery.

In the late summer onslaught of event movie cast-offs like Premium Rush and The Expendables 2, Robot & Frank is a truly original, worthwhile, intelligent flick that is fun and thoughtful. It'll tide you over for the next couple of months until the start of the awards season, when Hollywood starts trying again. PG13. 90m.

THE MASTER. Cinema purists are saying that director Paul Thomas Anderson's latest masterpiece, a sprawling drama inspired by Scientology founder L. Ron Hubbard and starring Philip Seymour Hoffman and Joaquin Phoenix, should be seen in the expansive 70mm format in which it was filmed. Sadly, it comes to Humboldt County only at the rattletrap Minor Theatre. Sigh. R. 137m.

DREDD 3D. Remake of Judge Dredd, a 1995 Sly Stallone movie based on a comic book cop who acts as judge, jury and executioner in a dystopian future. R. 95m.

HOUSE AT THE END OF THE STREET. A divorced mom (Elizabeth Shue) and her teenage daughter (Jennifer Lawrence) find a great new house to live in. Too bad the one next door has a violent history ... and future? PG13. 101m.

TROUBLE WITH THE CURVE. How does Clint Eastwood follow up his rambling indictment of a ghost-Obama at the Republican National Convention? With this drama about an elderly baseball scout bonding with his adult daughter (Amy Adams). PG13. 111m.

END OF WATCH. From the writer of Training Day comes another gritty, violent cop thriller set in LA. This one stars Jake Gyllenhaal and Michael Pena as young officers who tangle with a drug cartel. R. 109m.

WALK-IN. As best I can tell, this is a New Agey, spiritual-healing film based on a free e-book about a guy who sidesteps cancer thanks to an angel who escorts his spirit into the body of a Labrador retriever. 81m.

On Friday, Simon Pegg's droll, comedic bloodbath Shaun of the Dead (2004) will skewer British culture (figuratively) and zombies (literally) at the Arcata Theatre Lounge. This hilarious and gory genre mash-up brings new meaning to the Briticism "bloody brilliant." It's rated R and plays at 9 p.m. Next Wednesday, Sci-Fi Pint and Pizza Night will feature a pair of Godzilla spin-offs: War of the Monsters (1966) pits a giant, fire-breathing flying turtle (Gamera) against a giant, ice-breathing reptile (Barugon). Gamera (1965) tells the big turtle's origin story (think American atomic bomb). Buildings will be smashed and citizens will scream in terror from 6-10 p.m.

THE EXPENDABLES 2.  Stallone, Schwarzenegger, Norris et alii employ steroids and explosives as they rage against the dying of the light. R. 102m.

LAST OUNCE OF COURAGE. Propaganda from evangelical Tea Party types, this film purports to "take a stand for faith, family and freedom." Add the word "Christian" to those things. PG. 101m.

THE POSSESSION. Available for rent: body of young girl. Tenant must be malevolent spirit who can freak parents out by making girl convulse and puke locusts. PG13. 91m.