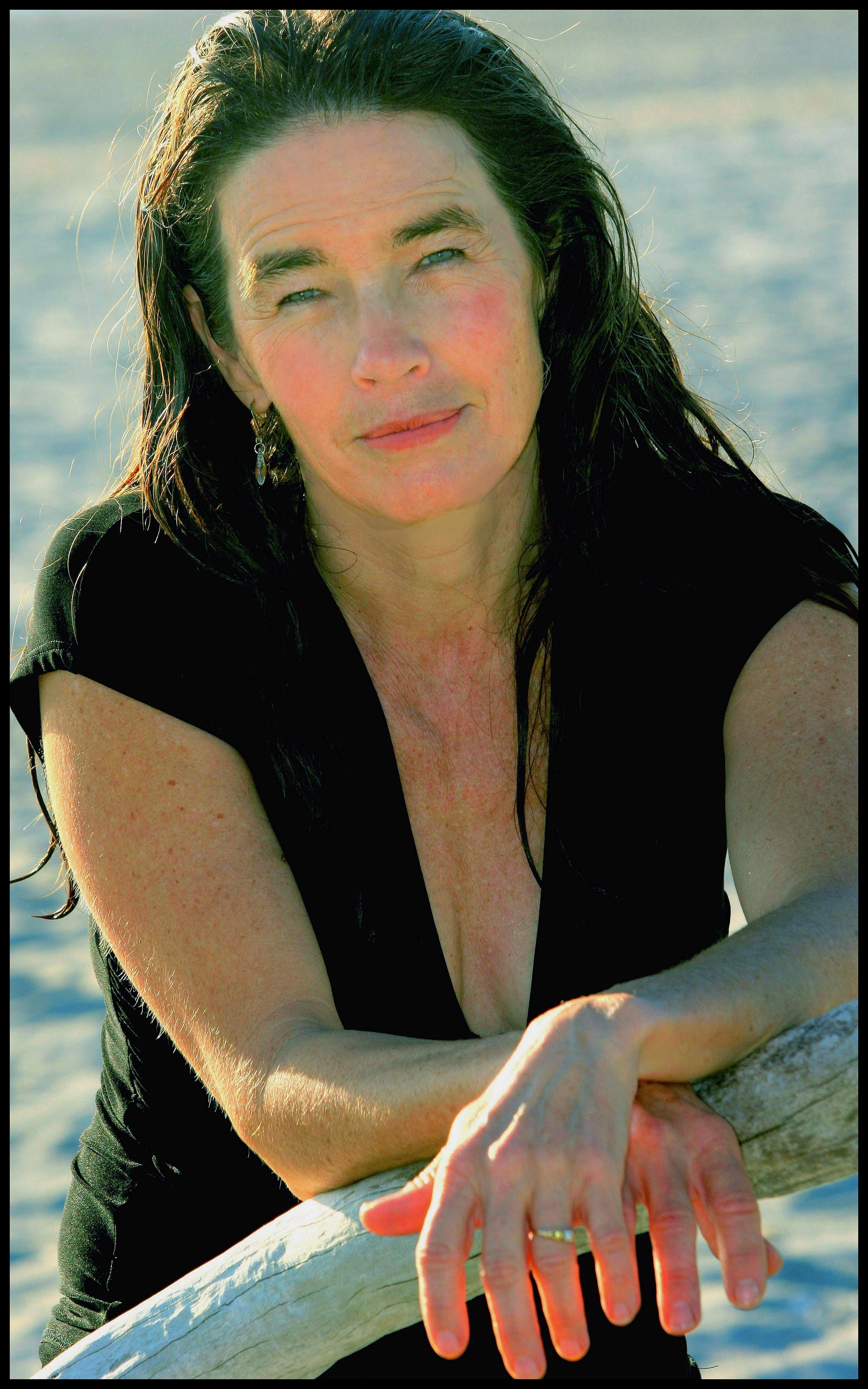 There was a time when Joanne Rand was a visitor to Humboldt, one of many songwriters who stopped here on tours up and down the coast, in Joanne's case often in conjunction with some environmental group fighting to save the trees or free the rivers. That's how she met her husband, Greg King, an eco-warrior involved in the struggle to preserve Headwaters Forest.

For a time they settled by a river in the Siskiyous and had a daughter, Georgia. Shows in Arcata became slightly more frequent. Then when Georgia was getting old enough for school they found a house in town, and Joanne decided to go back to school herself, studied composition and earned a music degree at Humboldt.

Through it all she kept writing songs, singing them and occasionally gathering a few together for an album. This year she spent the end of summer and early fall on the road with a new record that basically came unbidden. Joanne Rand Live with Claudia Paige is self-descriptive -- it captures a show she did in Mendocino earlier this year with a high-energy Mendo drummer. Saturday she celebrates the release here in Humboldt, reuniting with Claudia at the Arcata Playhouse.

Joan sees her job as a songwriter as akin to healing. "For me it's, well, I feel like an acupuncturist... I used to have a friend who erected totem poles around the world in damaged places -- he said it was like releasing the feeling of the place. That's what the songs I write do. I poke the needles in -- and release the feelings."

The some extent she's a cheerleader, although not like the perky blondes in high school. "It's like rallying the forces, keeping people alive. There's a line in a song I just wrote: 'I am a heart pumping blood through you because I have no choice.' That's basically what it is."

A couple of her river-anthems, both fit for anti-Klamath dams rallies, show up among the 11 tracks on the live album, alongside mainstays like "Women is a Planet."

The album is more snapshot than retrospective. She notes, "I made the record last March; we did this show at the Caspar Community Center, really the only full-on show Claudia and I have done together. I didn't even know it was being recorded by this master engineer with multi-track gear."

Without a word to Joanne Mendo comedienne/activist Sherry Glaser had hired Peter Temple, who has recorded and/or mastered scores of albums (including a couple by Claudia's tribal/Celtic/gypsy band, Druid Sisters Tea Party). A side product of not knowing the show was being captured for posterity was a relaxed, unselfconscious feel on Joanne's part. "I wasn't worried about it. Claudia's playing is so good; it makes me so happy. I sing different with her -- I think her confidence makes me loose."

Her writing is moving in a more personal direction of late, but not much recent material shows up on the live record, just two new songs. She says she has more than enough new songs for another album. "The newer songs are less about environmentalism or politics, more about heart -- full-on heart -- more about the whole picture. They're about how we cope. Sometimes I feel like a preacher, but I don't like saying that because it might scare people away."

Preacher is not quite the word I'd use; she's more mothering shaman, or wisdom keeper. As we talk her daughter Georgia appears; she nuzzles in, kissing her mom, and it reminds me how much motherhood plays into Joanne's recent work.

She concludes the live album set with a sing-along on "All It Takes." In her world all it takes is "a leap of faith and a little bit of wisdom." She ends it with a motherly invitation: "Lean you head upon my chest; I'll take care of you. Let me hold you in my heart says the mama of us all."

"That was just spontaneous," she says, "just what I was feeling. And it's not me, that being, that energy. You know I also do massage, I've been doing it awhile, and that's the same energy -- you open yourself up and it comes though and you help someone else work though their process. It's the same with the songwriting and the singing. You open up and let universal healing come through. That's what it is."

The Joanne Rand/Claudia Paige CD Release Show with special guest Lorenza Simmons from AkaBella and Vidagua takes place on Saturday, Oct. 23, at 8 p.m. at the Arcata Playhouse, 1251 9th St. Admission is $12 at the door. For show information, call 822-1575. Visit Joanne online at www.JoanneRandMusic.com; Claudia is at www.ClaudiatheDrummer.com.