Further and Further Back 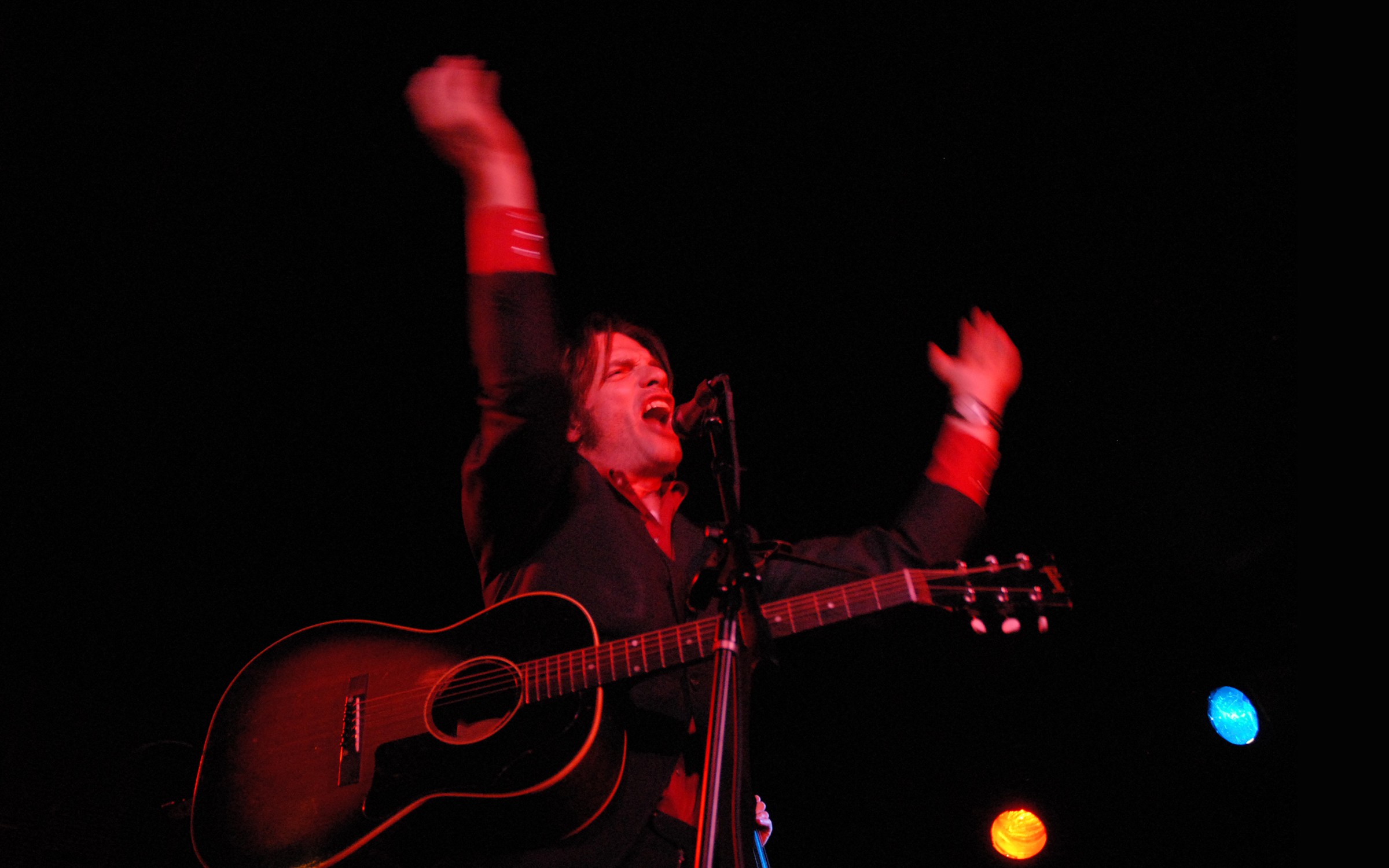 Founded 15 year ago in San Francisco, The Crooked Jades have carved out a niche playing dark, slightly twisted old time music. Guitarist Jeff Kazor explains that the band name comes from "crooked" music, "meaning that the measures are uneven so it sounds a bit odd."

"To make it a little more clear," said Kazor, "what proceeded old time music was bluegrass. Bluegrass took a lot of the tunes and squared them all up. That way everyone could play the music -- they made it more conventional. It seemed like a sad thing that bluegrass homogenized all this music. It made me even more interested in getting old stuff to play."

Kazor persevered on a self-proclaimed "mission to reinvent old-world music for a modern age." The Crooked Jades have released half a dozen albums and landed their song "World's on Fire" on the soundtrack for Sean Penn's 2007 film Into the Wild.

When we first spoke with Kazor 10 years ago, a new old time music surge was getting going sparked in part by the surprise success of the soundtrack for O Brother Where Art Thou? He noted then that punk rock kids in Portland were getting into old time and square dancing.

The current state of old time? "Right now it seems to have reached a plateau," he said, calling from San Francisco. "I haven't seen a decline in attendance [at our shows]. I know square dancing has become really galvanized, at least on the West Coast. Seattle has a huge conference, Dare to Be Square, for callers and bands with competitions and all sorts of stuff. That's been going on for five years."

Of course Humboldt has developed its own neo-square dance movement, with Striped Pig Stringband at its center. "We got a chance to play one of those dances with them last time we were here," said Kazor. "It was great to see this scene starting to thrive in your area as well." (Ironically Striped Pig's next Folklife Society Barn Dance is at the same time as The Crooked Jades show at the Arcata Playhouse.)

Kazor says the old time "scene" is still going strong up and down the coast. "The Old Time Gathering in Portland is doing really well, and I'm in the middle of putting together the program for the San Francisco Bluegrass and Old Time Festival. It's great, we have Foghorn String Band and Bill Martin calling." (Kazor co-founded the SF festival in 1999; the 2011 edition is coming up Feb. 11-20.)

While the core influence for The Crooked Jades is still that crooked Appalachian music, lately the band has found international inspiration including use of the harmonium and the Southeast Asian bao. "I find myself going across the pond and going further and further back seeing all these influences, melting pots that happen through time," said Kazor. "I've been listening to old old recordings from the Secret Museum of Mankind series, a lot of the Middle Eastern and African music, and you can't believe how close it is to some fiddle tunes. And obviously the banjo comes originally from West Africa.

"On a trip to Vietnam I picked up this one-string zither [the bao], it was like the pedal-steel of the Orient, or Southeast Asia at least. I knew I had to figure out some way to incorporate it into our music. So on the last album we figured a way to add those sort of things discreetly."

That last album, Shining Darkness, sounds old timey, but all the tunes are original. How does that work? "When I listen to these ancient recordings it's like immersing yourself in a culture gone by. This was music without any commercial intention at all, wedding songs, harvest songs, things like that. There's so much mystery behind it. In a way the tunes come from that ancient music."

A number of musicians have passed through the ranks of the Jades since the band began. The constants are Kazor and co-founder Lisa Berman, who plays slide guitar, banjo and harmonium as they share vocals and harmonize. They'll have a few friends along when they play at the Arcata Playhouse Saturday night. Kazor explained, "We were just going to do a duo thing, but as it ended up The Water Tower String Band was going to be around and we've been doing shows together having such a great time, so we invited them to back us up. Josh [Rabie], the fiddler worked on our last album, so there's a definite connection."

The Humboldt Folklife Society and Playhouse Arts present The Crooked Jades in concert on Saturday, Jan. 22, at the Arcata Playhouse (1251 9th St.) NorCal folk duo Gwyneth and Monko opens at 8 p.m. Tickets are $15, $13 for Folklife and Playhouse members and are available at Wildwood Music, The Works and online at brownpapertickets.com. For further information call 822-1575.