You’ve got Crowe and Denzel — why not put them together? 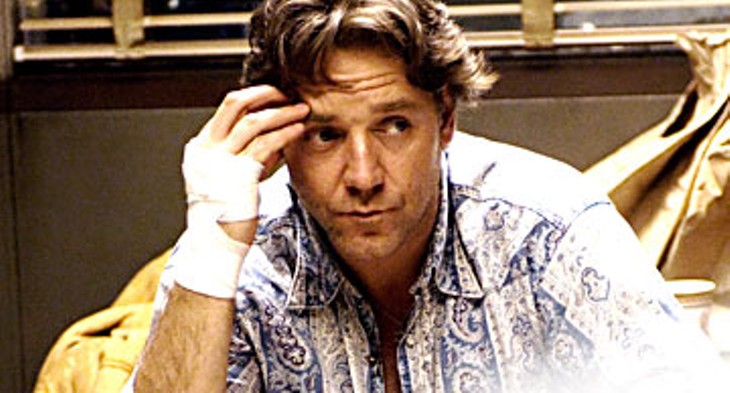 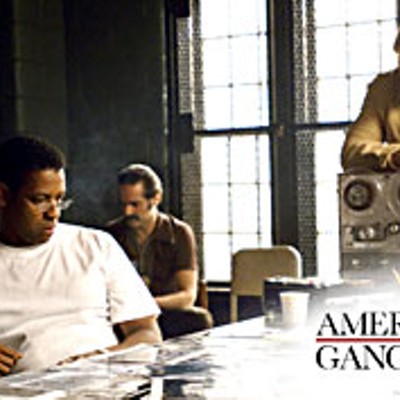 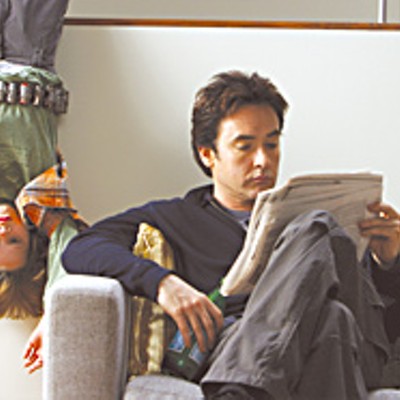 Alas, the Christmas season is upon us. Opening Friday, Nov. 9, is Fred Claus , in which Paul Giamatti plays Santa, who hires his jealous and irascible older brother Fred (Vince Vaughn) as a worker in order to get him out of jail. Making toys is not what Fred is suited for. With a cast that also includes Miranda Richardson, Rachel Weisz and Kathy Bates, there may be hope here. Plus, there’s the killer set. Rated PG for some mild language and rude humor. 126 m. At the Broadway, Fortuna and Mill Creek.

Director Robert Redford joins Meryl Streep and Tom Cruise in the cast of Lions for Lambs , the latest in the seemingly endless films dealing with U.S. involvement in overseas wars. Redford is a college professor who inspires students to make a difference. Two of them (Derek Luke and Michael Peña) sign up for duty in Afghanistan but trouble erupts when an ambitious senator (Cruise) tries to initiate a new war policy that will adversely affect the idealistic students. This is the first release for Cruise’s United Artists. Rated R for some war violence and language. 102 m. At the Broadway and Mill Creek

P2 is a horror film named after a parking garage level — the level where the latest horror film female victim (Rachel Nichols, The Woods ; Resurrecting the Champ ) is stranded on Christmas Eve. She’s about to discover that all work and no play makes a businesswoman a target for a psychopath. Written by The Hills Have Eyes team. Rated R for strong violence/gore, terror and language. 108 m. At The Movies and Mill Creek.

From Nov. 9 to 20, The After Dark Horrorfest: Eight Films to Die For will screen at the Broadway.Check with the theater for the screening schedule, or see the flyer available at any Coming Attractions Theatre.The festival is rated R.

AMERICAN GANGSTER: Not “An American Gangster” but the more mythic and signifying American Gangster , which in turn roused in me memories of such classics as the truly mythic Godfather films, along with Goodfellas and The Untouchables and even the TV series The Sopranos . The producers certainly pulled out the big guns: director Ridley Scott and major A-List actors Denzel Washington and Russell Crowe.

American Gangster is an entertaining enough film, but it doesn’t belong in the top tier of the genre and it doesn’t represent the best work of the leads or its director. The film is based on the life of drug dealer Frank Lucas (Washington), who was born in 1930 and reached his zenith on the streets of Harlem in the late ’60s and early ’70s. Arrested in 1975 and convicted the following year, Lucas had his 70-year sentence reduced when he cooperated in bringing down corrupt cops and was released in 1981.Following a second prison term, he is now confined to a wheelchair. American Gangster depicts his life from his rise to top drug lord to his arrest and subsequent early release; the film’s final image (not counting the shot following the end credits, which amounts to an ad for Jay-Z’s latest album) shows Lucas outside the prison while cars go by playing rap music. New world, new gangsters?

The film belongs to Washington and Crowe, the latter playing the doggedly honest cop Richie Roberts who becomes a pariah in his own department for turning in a dishonest fellow officer. Although Lucas and Roberts are antagonists, their lives are separate until the film’s end, and Scott does a good job of crosscutting between the two characters, creating personal and professional portraits of both that leads to their inevitable confrontation. (Roberts manages to pass the New Jersey bar exam in the course of the story; Lucas marries Miss Puerto Rico and buys a huge home for his family). It’s too bad Crowe and Washington didn’t have more scenes together; they may have given the film the spark it so often lacks. The performance that comes closest to providing that spark is by Josh Brolin as scary, corrupt Detective Trupo, whose interactions with Lucas and Roberts are the film’s highpoints. This is a decent film; too bad it isn’t great. The money was there. Rated R for violence, pervasive drug content and language, nudity and sexuality. 167 m. At the Broadway, Mill Creek, Minor and Fortuna.

MARTIAN CHILD: Perhaps Across the Universe softened me up because somehow I kept excusing the relentless sappiness of John Cusack’s struggle with parenthood in Martian Child . I’ll be back to my normal jaded self very soon, I promise. Actually, I think I just enjoy Cusack regardless of the material; anyone who can hold his own on-screen playing opposite a cute child actor and a cute dog gets my vote.

Cusack is David, a successful science fiction writer who has been struggling since the death of his wife two years prior to the story’s beginning. But when he hooks up with Dennis (Bobby Coleman, Must Love Dogs ; Friends With Money ), both their lives change. There is after all a connection: David imagines other worlds and Dennis, who spends most of his time in a cardboard box marked “fragile” and “handle with care,” believes he’s from Mars and has been abandoned temporarily on Earth to learn our ways. Actually, the primary theme in this film is abandonment and we are meant to believe that the real connection between David and Dennis is that people have left them. Dennis, in particular, is afraid to trust anyone, thus the fiction he has constructed that his mission on Earth is almost over.

David gets help and advice from two other people: his sister Liz (Joan Cusack, bringing great energy and a breath of fresh air to the film), who has children of her own, and his deceased wife’s best friend from childhood, Harlee (Amanda Peet, with her killer smile), who has kept in touch with David. But the film centers relentlessly on David and Dennis, who presents a true challenge to an adoptive parent. Okay, the film cops out sometimes with solutions that seem too easy and the climax is over-the-top weepie, but within its minor notes there are some very good performances, including a nice low-key turn by Sophie Okonedo ( Hotel Rwanda ; Aeon Flux ) as the head of the orphanage. I’d label Martian Child “savvy sappy.” Rated PG for thematic elements and mild language. 116 m. At the Broadway and Mill Creek.

30 DAYS OF NIGHT. Blood-thirsty vampires invade a town in Alaska, where they use the cover of winter’s uninterrupted darkness to feed on the town’s residents. RatedR. 113m. At The Movies and Fortuna.

ACROSS THE UNIVERSE. Love story set in the 1960s amid war protests, mind exploration and rock ’n’ roll. Rated PG-13. 134 m. At the Broadway.

BEE MOVIE. A bee, disillusioned with the prospect of never-ending honey collection, breaks bee rules and talks to a human. Rated PG. 91 m. At the Broadway, Fortuna and Mill Creek.

DAN IN REAL LIFE. Advice columnist is expert on relationships, but struggles to succeed as brother, son and single parent. Rated PG-13. 98 m. At the Broadway and Mill Creek.

DARJEELING LIMITED. Three brothers, bonding on a train trip across India, become stranded in the middle of the desert. Rated R. 91 m. At the Broadway and the Minor.

GAME PLAN. Superstar quarterback (T. Rock) discovers he has a daughter. Rated PG. 110 m. At The Movies and Fortuna.

INTO THE WILD. College grad abandons his material possessions then hitchhikes to Alaska to live in the wild. Rated R. 149 m. At the Minor.

SAW IV. A SWAT commander has 90 minutes to overcome demented traps and save an old friend or face the deadly consequences. Rated R. 95 m. At the Broadway, Mill Creek and Fortuna.