An experiment in companion planting 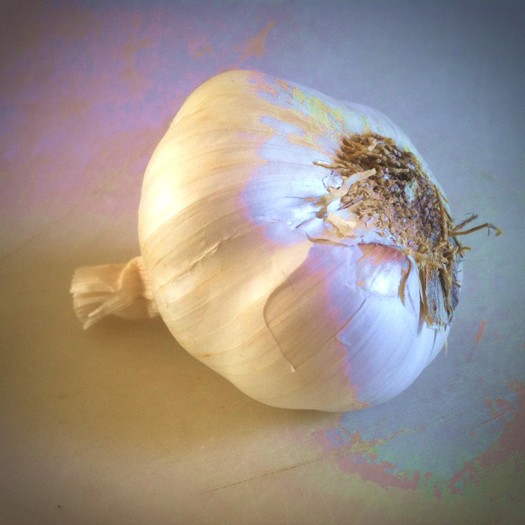 Carrots love garlic, and garlic doesn't mind carrots. Those are some conclusions I reached last year when I finally got sick of looking at all the blank space between my garlic plants and decided to do something about it. They're planted six inches apart, and if it weren't for the straw mulch between them, most of the patch would be bare dirt. Mulching dissuades weeds, shades soil from sun and blocks the wind, helping to keep moisture in the soil.

Mulch comes in many forms, including "living mulches," which are sown among crops to provide mulch-like action. Clover planted in corn rows is one example of a living mulch, and with that image in mind my thoughts turned to sowing a mulch between my garlic plants. But I wanted more than just a living mulch. I wanted my mulch to be edible, too.

Searching for the best mulch crops to plant in my garlic patch, I developed a technique called "tossing seeds randomly." I put all the seeds I didn't get around to planting last year into a jar, shook it up, and tossed them by handfuls into the garlic patch.

Last summer's research identified two general categories of plants good for growing in the garlic patch -- what I call "garlic patch friends." The first includes fast-growing, quick-to-bolt greens and herbs like spinach, lettuce, endive, cilantro and escarole. As soon as summer heats up, these plants will go to seed, or "bolt." The plant will divert all its energy into reproduction and will often grow surprisingly tall, while the leaves stop growing and turn bitter. You want to harvest and eat these plants before they bolt, when they're sweet and tender. They can grow fast in the spring when the garlic is small, and their bolting is delayed when the garlic grows big and shades them. You get to gorge on these intra-garlic leafy greens in spring and early summer, and by the time they start to bolt the second category of garlic patch friends will kick in.

Category Two includes crops that will bide their time in the partial shade of the garlic plants early in the season, and will take off in full sun after the garlic has been harvested.

So far, carrots are this category's champion. Their lush foliage functions awesomely as mulch, while below ground the roots mind their own business, growing straight down and keeping out of the garlic's way.

I tossed a smorgasbord of carrot seeds in the garlic patch and the variety called Hercules performed best, growing as big as beer bottles. Another good late-season living mulch crop is amaranth, a long-cultivated Mesoamerican grain with brilliant red flowers.

Once you pull your garlic plants from the ground, the craters left behind invite air and water into the soil. This helps your late season garlic patch friends in their pursuit of greatness and also helps stimulate the microbial environment on the soil surface, which strengthens the garden's ecosystem.

I was very happy with my garlic harvest last year and suffered no decrease in production due to intra-garlic crowding. I didn't run out of carrots until halfway through winter, the chickens got some amaranth, and when you count those early season salads, I grew a pretty good bonus out of my garlic patch. This year I'm taking it a step further: In addition to my custom mix of tossed leafy green seeds, I also transplanted some escarole, radicchio and endive that I'd started indoors. I'm expecting these to get the early jump and grow huge while the garlic plants are still on the small side.

To some extent I've been reinventing the wheel here. Garlic has long been known as a good companion to other crops. Garlic contains compounds that repel aphids, so many gardeners intersperse it with their lettuce and other aphid-susceptible plants. Garlic also plays well with roses and strawberries. While garlic's pungent mix of aromatic compounds keeps some pest insects away, it attracts the white cabbage moth away from brassica plants like cabbage, broccoli and Brussels sprouts, and remains unharmed itself by the moths. But be warned: I found that the brassicas I planted in my garlic patch didn't do so well last summer. It's possible that while a few garlics in the brassica patch are good, brassicas in the garlic patch may not do much.

Diversified agricultural environments are sometimes called polycultures. The more widely accepted name for the practice is "agroecology," which describes the ecological theory behind agricultural systems that are both productive and resource-conserving. Practitioners consider plant and insect interactions, mineral cycles and the farm's own socioeconomic relationships with its community, since the people who work the farm and eat from its produce are considered part of the larger ecosystem.

While poo-pooed as non-scientific by many of those in favor of industrial-style monocrop farming, the discipline of agroecology is being taught at more than a dozen universities including UC Santa Cruz, Iowa State and Penn State. A December 2010 report commissioned by the U.N. Human Rights Council examined hundreds of peer-reviewed scientific papers and concluded that agroecology has the potential to double food production in marginally productive areas. In the arid interior of Bahia, Brazil, Marsha Hanzi has been using agroecology (she calls it polyculture) to reclaim land that was turned into desert by years of chemical-intensive monoculture. I've seen with my own eyes how Hanzi's discoveries have helped people rebuild the soil and turn the landscape from red-brown to green with edible plants. The impact polyculture has had on the local communities is striking.

My garlic and carrot garden might not work in the Brazilian drylands, or a lot of other places either. But the take-home lesson, wherever you live, is to experiment with your home ground and mix up your garden just to see what happens. Whether you approach it through book learning or the trial-and-error of randomly hurled seeds, you might be pleasantly surprised by the extra yield.