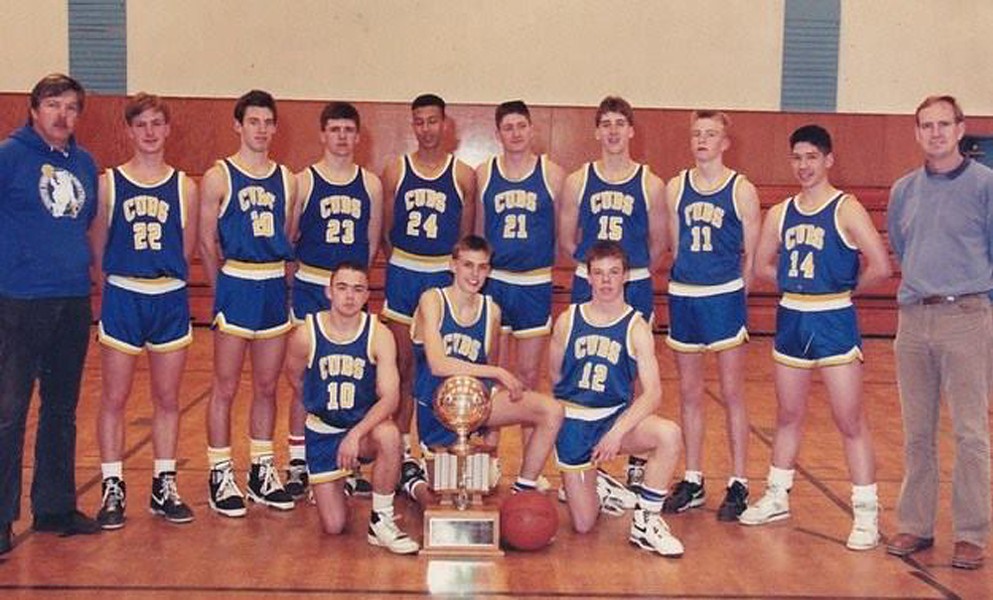 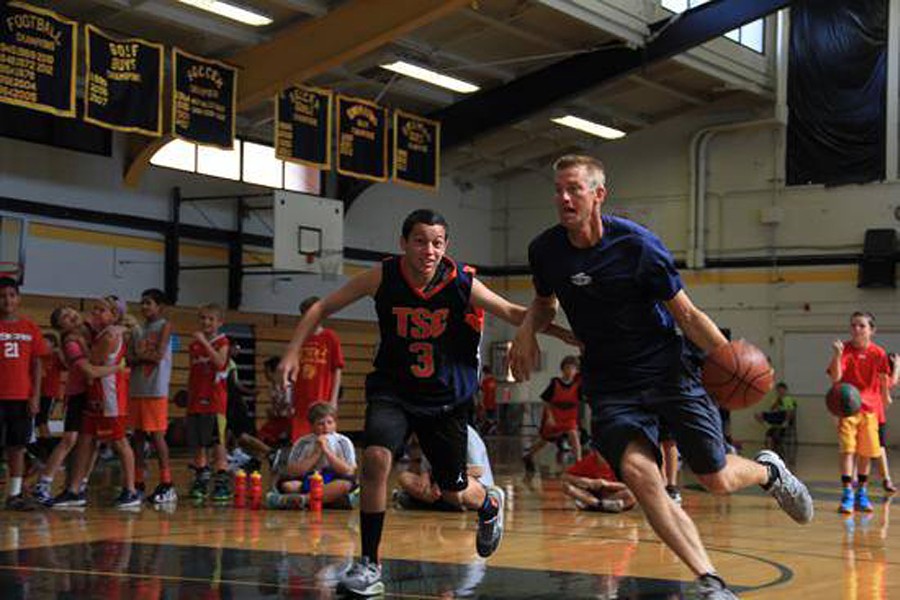 "Then one day my momma bought me a basketball and I loved that basketball; I got a basketball jones." — "Basketball Jones," by Cheech Marin and Tommy Chong

I was at Centerville Beach one day about 25 years ago and a man came running down the beach with his Boogie Board. I yelled and he came over to chat. I had known him since his high school days. Gene Cotter was an excellent athlete who ran cross country and track and played soccer. However, it was basketball where he found stardom at South Fork High School. I was coaching teams at Fortuna High School but we were friends, of course; he was friends with everyone.

We talked until he stopped mid-sentence, looked up at the waves down the beach and yelled, "Got to go, surf's perfect!" He took off with his always handy board, sprinting down the soft sand.

Cotter grew up in Redway with a group of tricksters like Rio Anderson, who enjoyed a vanishing small-town freedom that makes me nostalgic for my years growing up in Ferndale. Although Steve Ball, who's a college basketball coach now, was a little younger, he could keep up and became a lifelong friend. Anderson says of Cotter, "He was my best friend but he had 100 best friends."

The boys played pick-up basketball any chance they could get and the hippies would wander down from the hills and play with them. Cotter would harass them and lead the scamps. That's how he played every sport: getting into his opponents' heads but not in a mean-spirited way.

The kids traded baseball and basketball cards relentlessly and between them somehow Cotter ended up with most of them, sometimes trading a card back that belonged in another kid's stack.

Cotter's mom, a German woman, raised five kids pretty much by herself, giving them lots of freedom but still ruling with an iron fist. Legend has it they went all the way through school with only four days of missed school between them.

Most people knew Cotter as "Geno," a Southern Humboldt kid with a basketball jones and a love of reggae. He learned to use both hands with acrobatic moves and starred for the Miranda Junior High School Mustangs. In high school, he won a game with a left-handed hook, despite being right-handed. He would dribble between his legs before school and set a record of 300 bounces between telephone poles without a miss.

In Cotter's senior year at South Fork High School, he and Rick Mayhew were a backcourt tandem unit with razzle dazzle, shooting skills and intense defense, winning a conference and qualifying for the state tournament in Division 5. Cotter was named to the all-state team.

The South Fork gym was packed for those games and it was a tough home crowd to play in front of. A year older than Anderson, when Cotter left to attend College of the Redwoods, it was downhill for his cohort in Redway. The neighborhoods were less safe by the early '90s and Cotter, the livewire optimist of the community, had moved on.

Cotter played at CR and then at Oakland's Holy Names University on scholarship with an intensity others were not used to. He played and coached that way. He was Geno: instigating competition, talking smack. But the oft-repeated phrase "everybody liked him" was never truer — just sometimes not until the game ended.

He came back to his roots in the late '90s and coached the eighth grade boys at Miranda Junior High School and the South Fork High School varsity girls. However, it was seasonal and he wanted basketball full time.

In 2000, along with his two older brothers Ed and Will, he started an indoor basketball summer camp called Basketball Jones. In a van painted basketball orange with a hoop on the bumper, the coaches would sometimes stop and tie the hoop up to play and listen to reggae. Will said, "At camp, if you were 6 years old, he would make you have fun and learn. If you were a serious high school player, he would push you." That and his willingness to give his knowledge and his time made Gene a great teacher. Many serious players did come through the camp; many became college stars and coaches.

Basketball Jones camps grew in number, first around the North Coast and then around the state, with a staff he'd trained through trial and error. The camps are still the epitome of how one should be run, supporting kids of all backgrounds and sending them off with written evaluations of their skills, progress and things to work on.

Cotter was a solid entrepreneur, but it all grew from his love of coaching and giving back. Basketball Jones become what a camp should be. He left our area for love — his wife, Tiffany — and moved his base to the Hollister/Santa Cruz area, where he became as beloved as he was up here.

His tragic death in a car crash in July of 2016 at the age of 44 left a void in the lives of thousands of people, including his wife and two children. His family and friends committed to carrying on his legacy and passion with the Live Like Geno Foundation, the mission of which is to inspire passion, purpose and positivity for economically challenged individuals. Started and run by his two brothers, his wife and many friends, it carries on his approach to life in the service of others.

The foundation has replaced numerous playgrounds and school basketball courts, including, first and foremost, the Redway school courts on which Cotter grew up. It outfits schools and communities with nets for baskets, as well as support for others who have suffered loss. Of course, there are still the Basketball Jones Camps, where Gordie Hunt runs the show locally and Ace Koski is the overall coordinator — two chips off the coaching block of the Gene Cotter coaching mindset.

Cotter had charisma and love of sharing what he knew, and he could bring people together. Seth Collins, another friend he grew up with, said, "Geno had this unique ability to make everyone he met feel like old friends. I am so proud that my son got to know basketball from Geno."

Cody Love is making documentary about Cotter's life that will include interviews with people recalling his kick-back lifestyle full of fun, intensity and service. Some mention how intensely he listened to what other people had to say. Unless, of course, the surf was up.