In a tight runoff election for District Attorney, both candidates fend off accusations of lying 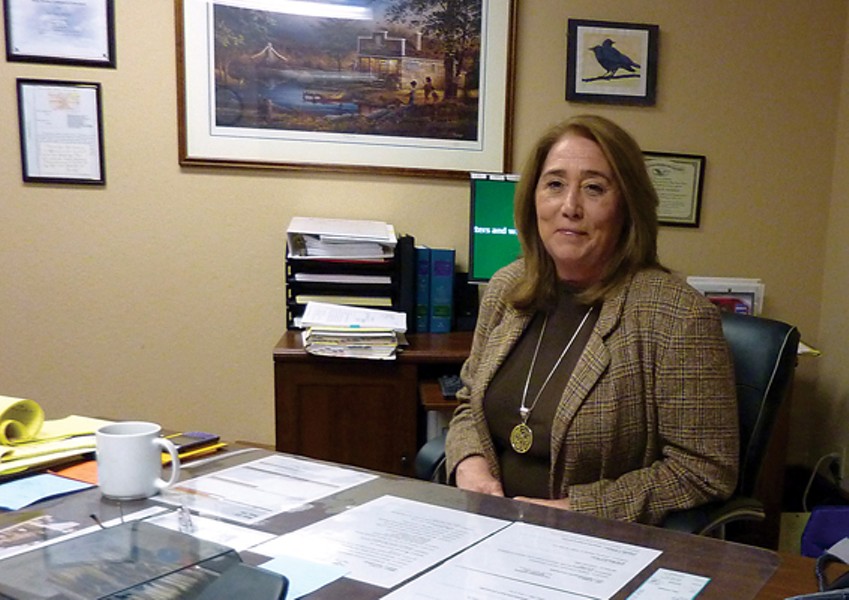 It's an election-cycle ritual as predictable as the arrival of sample ballots: In the final weeks, things will get ugly. Dueling campaigns -- or their swiftboating supporters -- will let loose with character assassinations, accusations and innuendo. The closer the race, the more vehement the attacks.

By that barometer, we've got a nail-biter on our hands in the battle for Humboldt County District Attorney. Over the past two weeks, incumbent Paul Gallegos (who garnered 40 percent of the vote during May's primary election) and challenger Allison Jackson (who got 37 percent) have each faced accusations of intentional, calculated dishonesty. For Gallegos, the charges stem from claims made in his official ballot statement. For Jackson it has to do with an endorsement dispute.

The broad strokes of the latter imbroglio can be found is this week's Mailbox (p. 4). The facts, as far as we can tell, are these: Eureka resident Francine Slaughter Schulman -- whose 14-year-old daughter, Amber Slaughter, was murdered by three teenage boys near Table Bluff in 1994 -- was listed as an Allison Jackson endorser online for several months and, a few weeks ago, in a campaign ad that appeared in the pages of both the Journal and the Times-Standard. Schulman not only denies the endorsement, she concludes that the claim was an act of purposeful duplicity -- one that reveals Jackson to be unfit for the office she seeks.

Jackson herself describes the incident as a miscommunication between Schulman and a third party -- local therapist T. Diane Green, who Jackson had asked in May to gather endorsements for the runoff election. "I told her you have to be very, very clear about what an endorsement was and what it meant," Jackson said Monday from her office at Eureka's Harland Law Firm. Green insists that she was quite clear with Schulman, and that Shulman agreed to be listed in official campaign ads.

Despite this caveat, Green takes full responsibility, saying she misinterpreted Shulman's request to withdraw her endorsement, which Green says occurred at an Oct. 5 gathering at her home. "That was the first time I met Fran," Jackson said. "She was very quiet, shy. She said she was uncomfortable going on camera [for a campaign commercial]. What had occurred to her was devastating -- she lost a teenager. Her daughter was murdered. ... We shared our stories, I thanked her for her support, and that's the last time I've seen or heard from her."

Some view this controversy with heightened skepticism because of a similar -- if more cordial -- discord earlier this year. At a Chinese New Year celebration in February, local homeless advocate Betty Chinn made supportive comments to Jackson, which the candidate interpreted as an endorsement. Chinn later said she was merely expressing admiration of Jackson for seeking public office. Both women characterized the incident as a misunderstanding, and Jackson suggested that those who say otherwise are slinging mud. "I've been told the last 10 days is usually the ugly time," she said. "I will keep on trying to refocus everyone back to the issues."

Gallegos has also been accused of misleading voters, though his disputed claims appeared not in an advertisement or online but in voter information pamphlets as well as a proclamation placed before of the county Board of Supervisors. In his official candidate statement, the incumbent says he personally established a number of programs, including the Child Abuse and Adult Sex Crimes Unit, the Domestic Violence Unit and the Bad Check Program. Two weeks ago, the Board of Supervisors read a resolution commending the DA's Domestic Violence Vertical Prosecution Team. However, their commendation went forward only after a paragraph had been removed at the request of Supervisor Jill Duffy (a Jackson supporter).

Before the Oct. 13 Supes hearing began, Duffy challenged an assertion made in the proclamation, which originally stated that the domestic violence team had been "created under the leadership of District Attorney Paul Gallegos." Duffy begged to differ, saying the team predates Gallegos' 2002 election. Reached Monday, Clerk of the Board Kathy Hayes confirmed this. "We did in fact verify that [the team] was created by former district attorney Terry Farmer," she said. County documents reveal that funding for the unit began in 1998. The Child Abuse Services Team began operation in 1996. And the county's Bad Check Restitution Program has existed since before 1995, though enforcement was handled by independent business through a contract with the county.

Reached on his cell phone Tuesday, Gallegos stood by his ballot statement. Yes, he acknowledged, the county received grants for a domestic violence unit long before his election, but it wasn't anything like what he's done, which is to consolidate the prosecutor, the investigator and the victims' advocate onto one team. "There never was one like we've made," he said. Yes, the Child Abuse Services Team has been around for years, but that's different than his Child Abuse and Adult Sex Crimes Unit, he said. And, yes, there has long been a Bad Check Program, he admitted, but he said it's fundamentally different now that it's being run through the DA's office. "I established all of ’em," he said defiantly.

Assistant District Attorney Wes Keat agreed, saying Gallegos never claimed to have invented the programs. "He's trying to make a sentence [in his ballot statement] that talks about activity in four or five different places, and maybe the action verb for each of those would be slightly different. But the statement is, 'I set down each of these units.' And as the boss, he gets to draw those lines," Keat said.

Later, the assistant DA offered a refreshingly candid analysis of another heated dispute in the DA race -- namely, how to interpret county crime statistics. Gallegos touted them mightily in the primary, taking credit for a significant drop during his tenure. But when the results for 2009 were released in July, showing a 17 percent increase over the previous year, Gallegos backed off, claiming that crime rates were subject to many factors. In a "My Word" commentary in Tuesday's Times-Standard, Jackson turned the tables, implying that the current DA is to blame for the rise.

"That part of it is pure politics," Keat said dismissively. "Another way of saying that, from my point of view, is it's all bullshit in both directions."