Ghost in the Screenplay 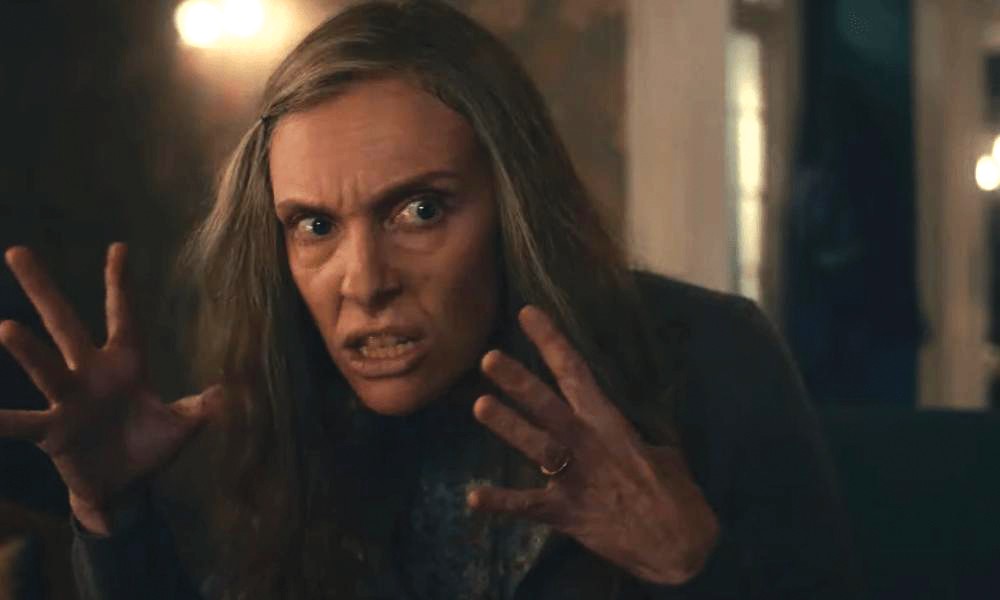 I'M THINKING OF ENDING THINGS. There was a moment, oh, 20 years ago or so, when it seemed like Charlie Kaufman was unstoppable. It was a weird confluence, with the Clinton years and the "independent" cinema boom of the '90s cohering to provide a financially and intellectual libertine environment wherein a screenwriter, of all things, could become something like a celebrity. Weirder still, that screenwriter specialized — still does, as it turns out — in heady, fastidiously organized, near-psychedelic explorations of some of the darker aspects of the human conditions, cast as comedy, after a fashion. Not exactly what we think of today as blockbuster material; it was a different time. The fertile ground of mainstream cinema at the time, the apparent flexibility and expansiveness of the audience at large, and director Spike Jonze's ingenious interpretation of Kaufman's words (Being John Malkovich in 1999 and Adaptation in 2002) all contributed to the unlikely elevation of some of the best, nerdiest screenwriting of all time. But, as each grinding, demoralizing day of this new era teaches us, we don't deserve nice things. And so, instead of becoming a household name, or heralding an epoch of intelligence and exploration in American cinema, Kaufman has struggled, like most artists of sincerity and integrity, to find both financing and an audience for his work.

While the world and popular culture have drifted further and further into inanity, dissolution and distraction, Kaufman has only intensified his focus on the internal, the existential. He has also mostly directed the work he has written in recent years, ensuring, as much as possible, that none of his words are misinterpreted. This stage of his career has yielded Synecdoche, New York (2008), the mere existence of which, not to mention its scale, boggles the mind, Anomalisa (2015), one of the most insightful examinations of adult loneliness and sexuality in contemporary art, which also happens to be a masterpiece of stop-motion animation, and now I'm Thinking of Ending Things, a darkly comic ghost story (maybe?) that I'm still trying to resolve my feelings about.

Adapted from the novel by Iain Reid, I'm Thinking of Ending Things embarks from a pretty simple premise. Our young, female protagonist (Jessie Buckley) is thinking of ending things with her boyfriend of six weeks, Jake (Jesse Plemmons). She announces this via voice-over internal monologue in the first frames of the movie. Her notion is complicated by the fact that she is considering it while getting in the car to join Jake at his parents' remote farmhouse for dinner. As they drive into the hinterland through an ever-thickening snowstorm, their conversation transitions awkwardly and abruptly from art to science to the twinned mutual admiration and discomfort of getting to know one another. From moment to moment, the atmosphere in the car and in the conversation suggests the banality of a short road trip but also the prelude to a protracted psychological journey.

The ambiguity and unease only intensifies when the couple reaches the farm, with Jake insisting on a tour of the outbuildings in a driving snowstorm rather than going into the house, and then a distressingly long, increasingly tense wait for the parents to descend from their rooms upstairs. Weirdness starts to manifest: There may or may not be a border collie in the house; his name may or may not be Jimmy. Seems like a silly detail to note, I agree, but it is also the first definitive clue that I'm Thinking of Ending Things is about more than a strained relationship. With the eventual arrival of Mother (Toni Collette) and Father (David Thewlis), it becomes abundantly clear that nothing is quite as it seems — indeed, some of the characters may not even exist. Time erodes and loses meaning, and by the time we realize we don't know what's going on, we are caught up in an examination of the notion of self and identity as a construct and it is nearly impossible to maintain a perspective from outside the narrative.

That may seem abstruse but I'm not sure there is another way to describe this story if one approaches it on its own terms. It tells an intensely internal story but, in so doing, permits a near-infinite array of permutation and possibility. It describes the unmappable topography of a mind from a point of view that may or may not be trustworthy.

In watching I'm Thinking of Ending Things, I was struck by the hope that Charlie Kaufman has fun sometimes. There is certainly humor in this, as in all of his work, but it is defined by morbidity and burdened by thoughtfulness; the crisis of self-awareness and the knowledge that one can perhaps never really know oneself rendered as time travel and ghost story. R. 134M. NETFLIX.