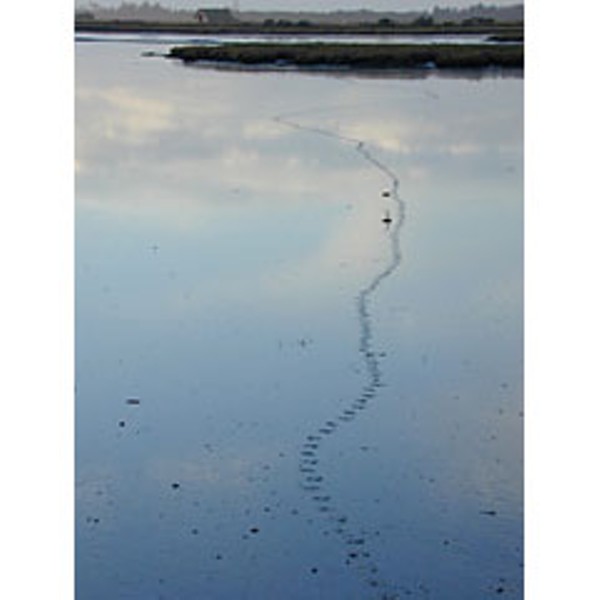 Well, all of you sniggerers who like to put down Arcata for meddling in distant world affairs when it ought to be attending to its own potholes, here's your comeuppance: Our favorite anklebiter city may have just helped shape future world energy development.

Two settlement agreements were filed last Friday in the U.S. District Court for the Northern District of California. In them, the Export-Import Bank and the Overseas Private Investment Corporation -- U.S. government-run agencies -- agreed to evaluate the impacts on global warming of the fossil fuel projects they finance around the world, often in places with no environmental regulations. They've also agreed to each put $250 million into overseas renewable energy projects. In addition, Export-Import Bank agreed to evaluate carbon dioxide emissions from its projects, and to create a carbon policy. OPIC committed to reducing greenhouse gas emissions from overseas projects it funds by 20 percent over the next 10 years.

In August 2002, Friends of the Earth, Greenpeace and the City of Boulder, Colo., sued these two behemoth federal financiers and insurers, accusing them of spending more than $32 million between 1990 and 2003 on major fossil fuel projects without analyzing their impacts on climate change under the National Environmental Policy Act. Arcata joined the lawsuit in 2004; Santa Monica and Oakland also jumped on.

"Typically when a U.S. agency does a large project that has potential environmental impacts, they run it through NEPA," said Mark Andre, Director of Environmental Services for the City of Arcata, last Friday. "Well, overseas projects aren't subject to that."

The projects named in the lawsuit, said the litigants, had cumulatively contributed to the equivalent of "nearly eight percent of the world's annual carbon dioxide emissions, or nearly one third of annual U.S. emissions in 2003," said a news release from the City of Arcata.

Over the years that the suit malingered, the Bush administration insisted the agencies remain exempt from NEPA, said Arcata Mayor Mark Wheetley. This settlement, however, marks a change in direction. Wheetley said it's been incremental; the world "mindthink" was bound to catch up to Arcata's progressive ways, he said.

"When we filed the suit, we were back in the dark, dark, dark Bush days," Wheetley said. "We weren't even acknowledging global warming yet. And now we're having a national dialog about it. It's been coming -- you know, Al Gore's efforts, the increase in knowledge and awareness through An Inconvenient Truth, that was just a huge education outreach. And now, this whole issue has percolated to the top."

Some major precedents came out of this case, says Nancy Diamond, the City of Arcata's attorney in the matter. In 2005, a federal judge granted legal standing -- the ability to sue, in this case under NEPA -- to cities claiming injuries from global climate change. That, in turn, set the stage for a big Supreme Court decision in another case, Mass v. EPA: that greenhouse gases are subject to Clean Air Act regulations.

"Global warming in and of itself wasn't a recognize theory of harm, when we brought the lawsuit," said Diamond. "So, it was the first case that established standing for global climate change."

It was Andre who helped establish Arcata's claim to injury. In a 2004 court declaration he described how, based on available records and science, the temperature in the Arcata area had risen, annual rainfall had decreased and sea level along the California coast had risen since the late 1800s. He cited projections of more sea level rise.

"A 12-inch rise in sea level would mean that the current 100-year high tide peak would become instead a 10-year high, thus a rare event would become common," Andre wrote.

This could mean inundation of Arcata's 225-acre marsh -- a wildlife sanctuary and wastewater treatment facility -- and the adjacent treatment plant where chlorine is used. About 550 acres of low-lying pastures owned by the city would become saltwater messes. Diminished snowpack would reduce Arcata's drinking water supply. There would be unpredictable floods. And a rise in ocean temperatures would threaten marine life, and thus the commercial and recreational fisheries.

Andre said the settlement is a good one. And Diamond said settling was better than going to trial. Now, the two agencies must consider the impacts on climate change of any projects they fund from here on out, instead of just the projects named in the lawsuit.