God of the Gaps 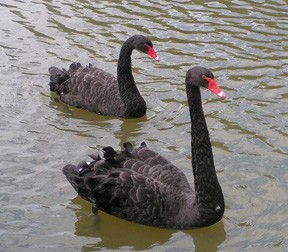 Five years ago, a federal judge ruled that the teaching of "intelligent design" (ID) in public school science classes was unconstitutional. ID is usually presented as an alternative to Darwinian evolution, in that "certain features of the universe and of living things are best explained by an intelligent cause, not an undirected process such as natural selection." In his ruling, Judge Jones held that ID is not science and "cannot uncouple itself from its creationist, and thus religious, antecedents." (For what it's worth, Jones, a Republican and Lutheran, was appointed by President George W. Bush.)

The very concept of science was challenged in the case Kitzmiller v. Dover Area School District, in which advocates of ID sought to fundamentally redefine science to include supernatural explanations, arguing that ID is a scientific theory under their new definition. Most scientists, seeing their role as trying to explain what was previously thought to be mysterious, would argue that supernatural explanations explain nothing, and that "unexplained" is not the same as "unexplainable." "We don't yet know, but we're working on it," is a better response than, "We don't yet know, so it must be supernatural."

Of ID's many problems, I think the most blatant is that it's a modern restating of the well-known (and trivial) "God of the Gaps" argument, that where there is a gap in scientific knowledge, it can only be filled with the acts of an Intelligent Designer. The refutation is pretty obvious: Since the Designer has to be smarter than the acts she/he/it performs, you're simply substituting one gap in knowledge with another, the riddle of what or who created the Designer.

Here are some of the conventional yardsticks for a theory to be judged "scientific":

Consistent (gravity works the same here as in a distant galaxy, today and next year)

Parsimonious (the explanation has to be simpler than what it's explaining)

Falsifiable (if the theory is wrong, this can be shown by observation or experiment -- see photo)

Provisional (it does not assert certainty, reminding us that science is a process, not a set of beliefs)

The more of these criteria a theory meets, the more scientific it is. And if, like ID, it meets none, that's not science, that's religion. And if you teach it as science in a public school, you're in violation of the Establishment Clause of the First Amendment.

Coming from the UK, where the monarch is officially the Defender of the (Anglican) Faith, Barry Evans (barryevans9@yahoo.com) thinks the separation of church and state is pure genius.