Will shipping logs to China help rescue our economy, or just export jobs along with the cargo? 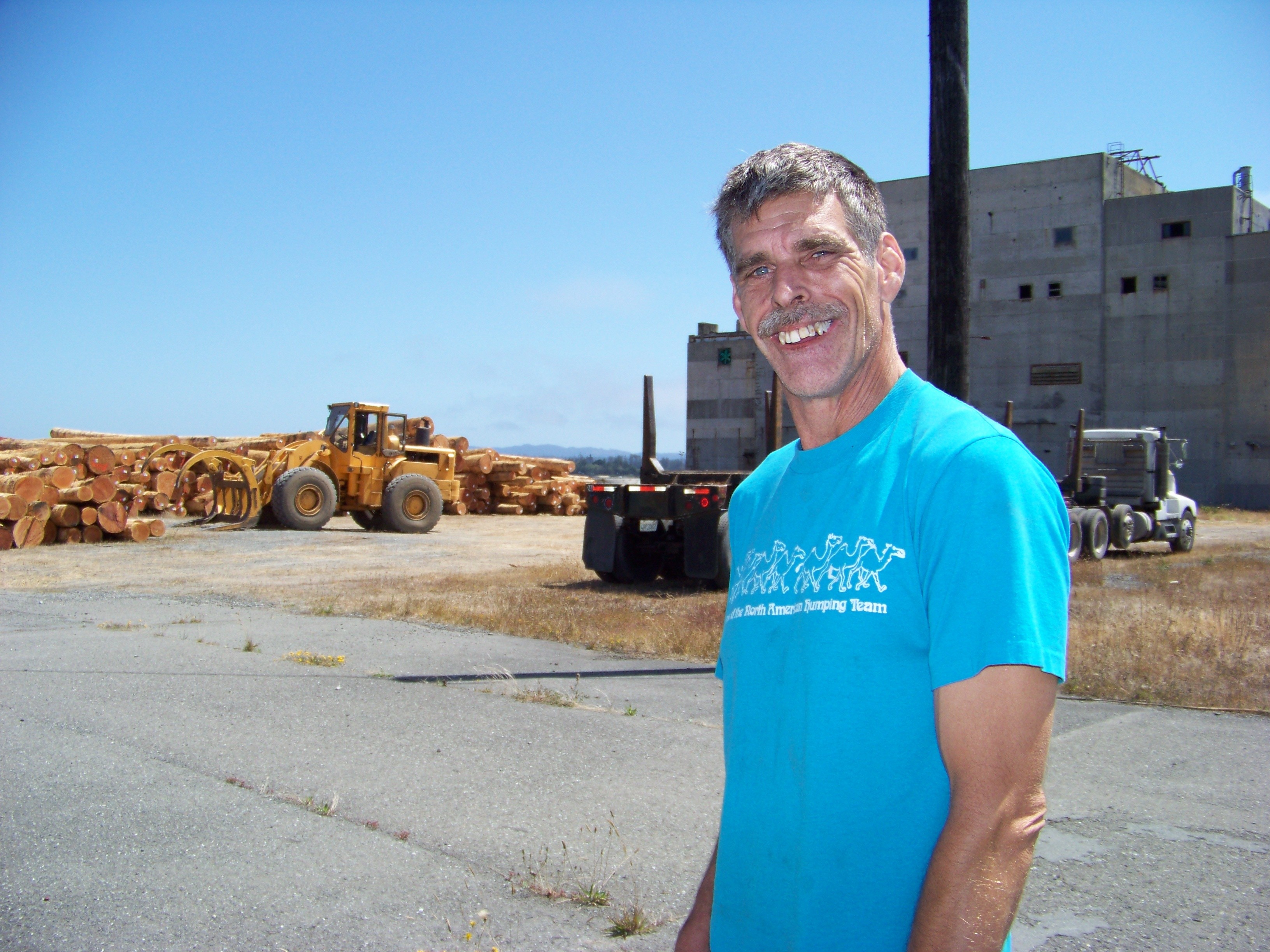 A ship is coming! Sometime next week, or maybe the week following (depending on customs paperwork and such), a 550-foot vessel will enter Humboldt Bay and dock at the Fairhaven Terminal on the Samoa Peninsula. Longshoremen, operating the ship's own cranes, will then hoist aboard as many as five million board feet of timber -- enough debarked, flagpole-straight White and Douglas fir logs to fill 1,200 logging trucks. Cargo acquired, the leviathan will then navigate back through the dredged channels of the bay, exiting its mouth into the wide expanse of the Pacific, across which -- some 6,000 miles away -- lies the timber's destination: China.

What to make of this? On the one hand, economic activity is a welcome arrival to our struggling port. In recent years, shipping traffic in and out of the bay has dwindled to a trickle, sending the Humboldt Bay Harbor, Recreation and Conservation District toward insolvency but fast. And the local timber industry, well, it had already been reduced to a shadow of its former self before the housing market collapsed, taking a number of local mills, including the pulp mill, down in the process. A shipful of firs will provide much-needed paychecks for the loggers who cut them, the truckers who haul them, the mill workers who debark them and the longshoremen who load them onto the ship.

But the logs themselves are going to China, which is where the "other hand" argument comes in. Bob Simpson, who has been working to reopen the pulp mill since it was shut down in 2008, believes that exporting logs from Humboldt Bay could set a dangerous precedent. "I think it's a disaster -- it's just an economic disaster to export logs," Simpson said. As a general rule, he explained, roughly 50 percent of any log gets turned into lumber. Another 35 percent becomes wood chips, 12 percent is bark, and the remaining three percent is ground into sawdust and shavings. "So when you ship a whole log [overseas], even without bark, you're giving up 35 percent that would have gone to the pulp mill -- or, when we're down, to chips for [biomass] power."

This argument against exporting whole logs runs counter to a key economic strategy laid out by President Obama in his 2010 State of the Union address, wherein he set a national goal of doubling U.S. exports over the next five years to help create American jobs. The stubborn simplicity of this equation -- exports: good -- reflects the powerful lobbying efforts of the agricultural industry at large, according to George Schmidbauer, CEO of Eureka's Schmidbauer Lumber Inc. Farmers have long fought to limit restrictions on international trade. Timber industry representatives, meanwhile, have periodically sought federal incentives to add value to timber before exporting it. (Some Asian and South American countries employ just such measures.) Schmidbauer himself traveled to Washington, D.C. in the late ’60s to argue against the exportation of whole logs. "A senator told me, 'You're wasting your time, Sonny, going up against this agricultural lobby,'" Schmidbauer recalled. "I think he was right."

Foreign trade incentives, combined with rapidly growing demand for wood products in Asia -- China in particular -- are dramatically boosting log export activity along the Pacific Rim, from northern California into British Columbia. Total Chinese softwood lumber imports are expected to double by 2013, with prices growing by five percent each year, according to consulting firm International Wood Markets Group Inc. In some regions, this emerging market is cause for celebration: When a South Korean ship pulled into the Aberdeen, Wash. port of Grays Harbor earlier this year on its maiden voyage, marking the first full log vessel to leave that port in a decade, it was greeted with fanfare.

Here, too, the economic activity should be welcomed with open arms, said local businessman Bob Figas, who brokered the deal for this upcoming log shipment to China. While exporting whole logs may not be ideal, he said, it's still providing work in a down economy -- an economy that's bound to rebound. "This happened in the mid-’80s, too," Figas said Tuesday. "When our market gets weak it makes the export market get stronger. [But] it'll flop over here in a year or two ... when our market recovers." In the meanwhile, shipments like this provide employment to loggers, truckers and dock workers. And the bark that's being removed will be sold as fuel to the local biomass plants. If this transaction goes smoothly, Figas said, he'll bring in another ship -- and another, and so on as long as the market allows. "I'm just trying to keep my men employed, keep others employed and do the best we can for right now," Figas said.

Only time and the tumultuous international markets will determine whether the exportation of whole logs from Humboldt Bay is merely a stopgap measure to tide us over until the domestic economy recovers, or something more permanent. "This could be the beginning of a significant shift in how we do timber around here," said Harbor Commissioner Mike Wilson, who worries that in exporting raw materials we're also exporting jobs. "It definitely opens up a can of worms in terms of, what are we doing? There is valid discussion there."

Late last week, Dirk Collins steered a Figas truck, fat with barked-clean yellow Doug firs, into the fenced-off old pulp mill site, where they're being stored until the ship's arrival. Collins, who lives in McKinleyville, said he's been in Humboldt since 1967 and worked in the logging business 25 years. "I've seen the good times in logging, and I worked for other people for about 20 years," he said. "I had my own small trucking business, too, for a while." Now he's driving again, for Figas. He said he hauls about six loads a day -- sometimes it's a load of chips to Scotia's biofuel plant; other times it's a load of logs like these. Either way, it's steady work -- at least for now.