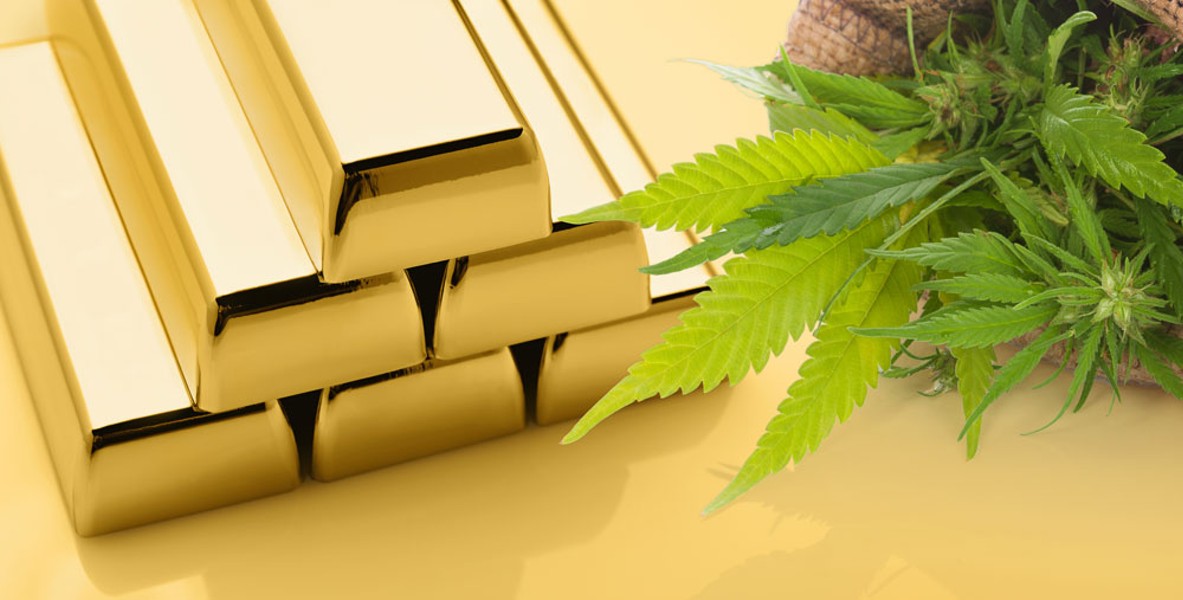 Things were looking pretty bleak for Anthony Pisarski. A 2012 multi-agency raid on his SoHum property found more than 300 marijuana plants in a pair of greenhouses, loaded guns and hundreds of thousands of dollars in vacuum-sealed cash, along with almost $30,000 worth of gold and silver bars. After the case went federal, leaving Pisarski facing more than 20 years in prison, he reached a plea deal, copping to a charge of conspiring to manufacture and sell marijuana and agreeing to forfeit a host of possessions.

But in a groundbreaking ruling last week, U.S. District Judge Richard Seeborg agreed to stay Pisarski's case, citing a federal spending bill provision that bars the U.S. Department of Justice from using its federal funding to prosecute people operating in compliance with state medical marijuana laws. Known as the Rohrabacher-Farr Amendment, the check on Justice Department power has been a mainstay in congressional budget bills since it first passed in 2014.

Seeborg's ruling effectively puts the criminal proceedings against Pisarski on hold "until and unless a future appropriations bill permits the government to proceed." That means Pisarski isn't entirely out of the woods, as the amendment is up for a continuing vote in October and Attorney General Jeff Sessions has lobbied Congress to gut it. But Pisarski's lawyer, Ronald Richards, says he thinks the congressional Cannabis Caucus has grown too strong to acquiesce to Sessions and the provision will be renewed, at which point he'll seek to withdraw Pisarski's guilty plea and have the case dismissed.

The ruling is believed to be the first to actively halt a cannabis prosecution under the spending amendment, and Richards says he's fielded phone calls from attorneys far and wide who are defending clients in federal cannabis cases.

"The ruling can be used as a precedent in the pipeline of cases that are still percolating through the various federal courthouses in a variety of states," he says.

The case also necessitated some nimble lawyering, as Richards had to mount a credible argument that Pisarski was operating legally under state law, which requires cannabis be produced by and for qualified patients and that such businesses operate on a not-for-profit basis. Essentially, Richards argued that his client was operating in compliance at the time of the raids — with doctors' recommendations for himself and his co-defendant's mom — and would have had sales receipts and other documentation had the marijuana been grown to harvest and sell. But Pisarski was never charged with sales, just possession with intent, so how the marijuana was hypothetically to be sold is irrelevant, Richards argued. And all that cash and gold, and those guns? Well, Richards contended, that's just the reality of working in a cash industry in a rural area. (He also presented evidence that his client had paid $1.5 million in taxes in recent years, saying, "this was not a tax evader, this was a tax payer.")

After decades of defense work that included representing many accused drug offenders, Richards says the case is enormously personally gratifying and cuts to the heart of why he became a lawyer. But Richards said it has also had a tremendous impact on his client, who had assets seized and has spent the last five years in a federal monitoring program, under which his house has been repeatedly searched, his travel has been restricted and he's had to undergo regular drug tests, which means he can't use medical cannabis.

"U.S. pre-trial supervision is no joke," he said. "It is a very restrictive life."

If Congress holds firm on the Rohrabacher-Farr Amendment in October, and Richards is successful in getting Pisarski's plea withdrawn and the case dismissed, Richards said he'll look to have all his client's seized assets returned, including the cash, vehicles and all those gold and silver bars.


Thadeus Greenson is the Journal's news editor. Reach him at 442-1400, extension 321, or thad@northcoastjournal.com. Follow him on Twitter @thadeusgreenson.