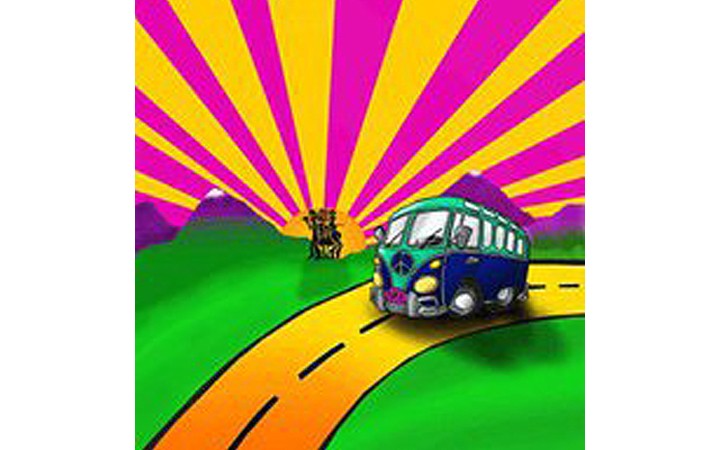 A 45-rpm record called "The Golden Road (To Unlimited Devotion)" was the first single from the 1967 self-titled debut album by a band called The Grateful Dead. It did not exactly make waves and it never cracked the Billboard Top 100, but the song proved somewhat prescient. The band and its late/great guitar player Jerry Garcia garnered unlimited devotion from fans and made a pile of gold in the process.

Sunday, Aug. 1, is Jerry's birthday. To mark the occasion (and hopefully bring in some gold) the Ink People present The Golden Road Art and Music Fair, an all day event all around the Old Creamery Building in Arcata. "It's a festival of creativity and celebration and an effort to raise some funds for the Ink People," said organizer Tanya Nordberg, who serve as the Inkers' programs manager.

Why the Dead? "I'm an old Deadhead," said Tanya, "well, not so old, but still a Deadhead." The multi-faceted fair is definitely not all Dead-related, however, said Tanya, "We'll have a Jerry Garcia and Janis Joplin look-alike contest at our evening concert, which will feature The Singing Nettles, The Fickle Hillbillies and, of course, The Miracle Show, one of the top Grateful Dead cover bands of Humboldt. We also have another Dead-related band, The Bear Necessities, as part of the daytime show."

Admission is free for the daytime action, which runs from noon until 7 p.m. "We have three stages, each with its on focus. For instance Redwood Raks is mostly dance and physical arts -- circus arts and aerial arts, capoeira and dance workshops. The Arcata Playhouse will have spoken word -- poets and storytellers -- and acoustic music, mostly solos and duets. The outdoor stage will have lots of bands, including Stormtrooper Orchestra, a teenage band from Arcata Arts Institute. And we'll have Ali Nelson, an amazing songstress who is about 17 years old, plus The MARZ Project kids (one of many Ink People groups). We'll have Joanne Rand and the poet Nicolas Karavatos in the Playhouse."

A Kids' Zone runs all day, with everything from clown shows and face painting to puppet making and puppet shows to Goyutuku fish printing (rubber fish, not real ones). The transition to the evening show has Bandemonium on the outdoor stage and the GAIA Dance and Drum Circle in front of Redwood Raks, something Tanya describes as "musical chaos." Admission for the night time dance concert in Redwood Raks is just $5, money that goes toward helping the Ink People earthquake relief fund.

We spoke with Tanya at the Inkers' temporary home in the Carson Block Building in Old Town (kitty-corner from the new Journal offices). The nonprofit moved there following the big earthquake in January, which caused damage to their longtime home in the back part of the city-owned Eureka Municipal Auditorium. Some time later this year they'll have to move again since the Carson Block Building will be undergoing earthquake retrofit. "The Ink People are still shaking," said Tanya with a laugh. While most of the activities are free, the Inkers will have several fundraising food booths, a CD sale and a dunk tank where you can drench local celebs. And of course if you just want to make a tax-deductible donation, they won't mind at all.

The Golden Road Art and Music Fair runs from noon until after midnight at the Old Creamery Building, 9th and L sts. in Arcata. For more on the fair or the Ink People go to inkpeople.org. For a complete fair schedule, see the online calendar listing at www.northcoastjournal.com.