So why did a Eureka officer threaten to arrest the Journal’s editor? 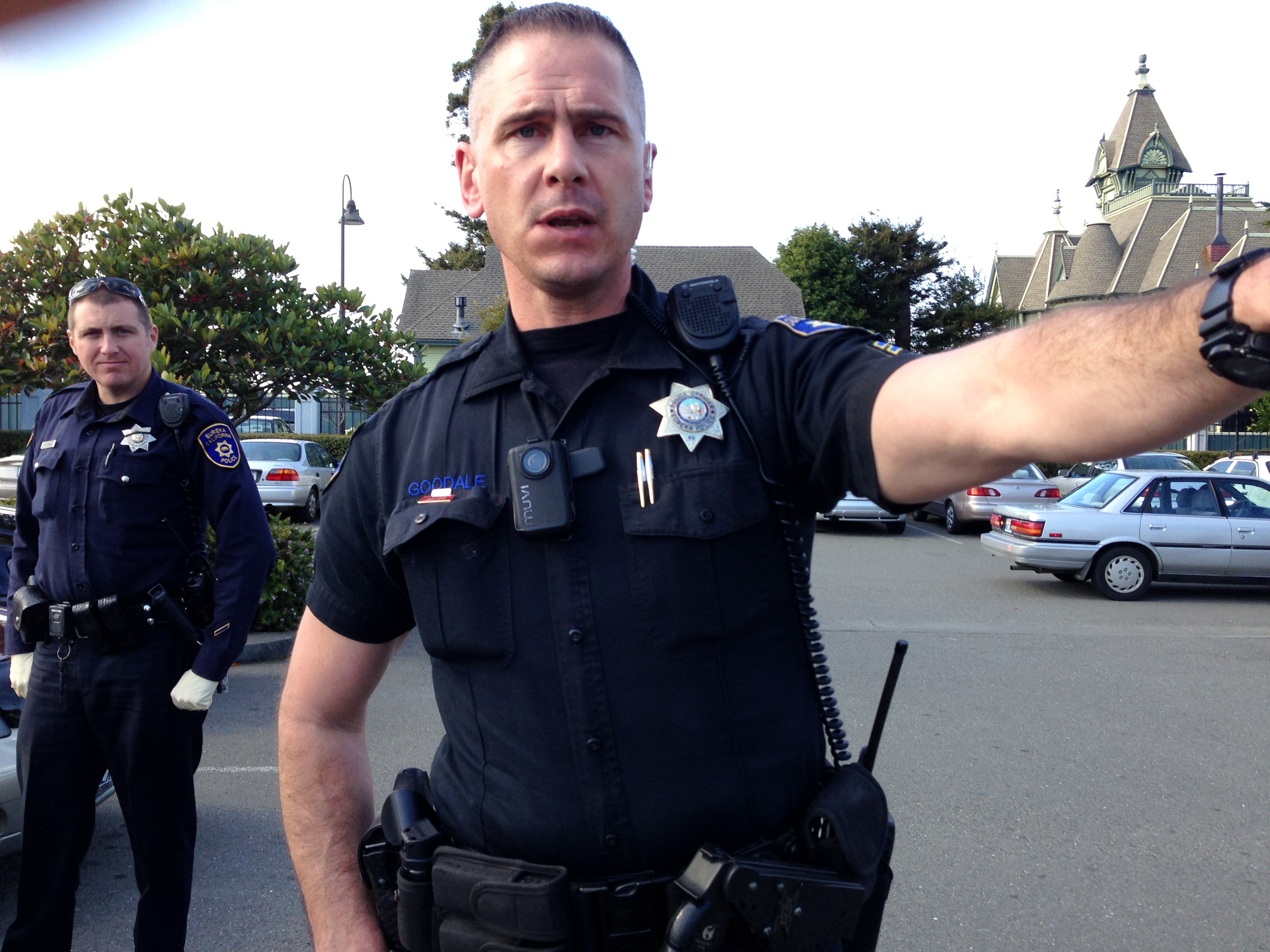 When I last taught news writing, I asked the class to read about a bust in a drug-plagued San Francisco hotel. In their police report, officers wrote that they had knocked and announced their presence before entering. But a videotape showed they had just barged in. For beginning journalists, it was a lesson in skepticism. When two versions of a story conflict, sometimes the uniformed, clean-cut cop is the one who is lying, and the flophouse resident with drugs in his room is the one telling the truth.

If we hadn't had the Rodney King footage, would we ever have known that five officers surrounded him, some beating him as he lay on the ground? If we hadn't had a tourist's video, we probably would have believed that a bicyclist steered into a New York City police officer back in 2008 -- instead of the officer nonchalantly walking over and shoving the cyclist down. (Google "officer pushes man off bicycle video," and it should pop right up.)

Sometimes, people lie. Not all people, not even most people, but enough that Russians have been protecting themselves from fraud and corruption lately with dashboard cameras -- the same ones that captured all that great meteor footage. Enough that some journalists have been drummed out of the profession for making shit up. Cops can be just as flawed as the rest of us. And that's why the best of them should love cameras.

Arcata Police Chief Tom Chapman gets it. In disciplinary records that became public last month, he chided Officer Kevin Stonebarger, who had told a candy store owner that he'd be arrested if he didn't stop recording a dispute over a parking space in Eureka. An internal investigation concluded the officer had exceeded his lawful police powers. The chief wrote in part, "Asserting your authority as a sworn police officer to order people to stop engaging in perfectly legal conduct was inappropriate."

About that perfectly legal conduct, the photographing of a cop in public, the U.S. Justice Department wrote this in May 2012: "Officers should be advised not to threaten, intimidate, or otherwise discourage an individual from recording police officer enforcement activities or intentionally block or obstruct cameras or recording devices."

The advice recognizes something fundamental to our freedom: Today, with so many of us packing cameras, the best defense against tyranny may well be the smart phone.

That's why I was stunned by what happened last week in Eureka, not far from the Journal offices.

Now, you have to picture this. I'm short and plump, and closer to 60 than 50. I've got graying hair, and all my teeth. I do not look like trouble. I look pretty much exactly like what I was last Friday -- a library patron, about to return three books and check out one more. A curious passerby, just watching her tax dollars at work. A journalist maybe snagging a blog item there in the library parking lot.

There is one more thing about me: Even after nearly two years, I'm still an import to Humboldt. Still new enough to think, "Wow, I've never seen that up close" when I spot a couple of freezer bags, pillow-fluffy full of big green buds. They were propped up on a rear fender of an old red car when I drove into the parking lot of the Eureka main library. Three cops were there doing cop things -- going through black plastic bags, poking in the trunk, looking utterly ordinary. But those bags, well, they called to the rube in me.

After I parked I pulled out my phone for a couple of shots. I walked closer, and in my best friendly voice asked something like boy, is that what I think it is? One of the cops barked no pictures, grabbed the two bags and tossed them in the trunk, out of view. Hey, I'm with the North Coast Journal, I said, just wondering what's going on. I offered the officers a business card, still trying at friendly. It was a colossal fail.

The officers declined my card. OK. They didn't want to be interviewed. OK. They told me if I didn't stop taking pictures I was going to be arrested. No, no, no, no, no. That is not OK.

I'll be arrested, a suddenly much taller and more menacing looking officer declared, for interfering with their investigation. This even though I'm standing well away from their red car black bag green bag business. Even though it's a public parking lot. I asked for the tall guy's name, and he refused to tell me. He threatened me with arrest again. The not OKness of this was mounting by the second. But there were three of them, with guns. And one of me, with a library card.

I allowed myself to be bullied out of taking more shots. I stepped back toward my car and phoned my husband. He's a retired public defender, and great moral support. Soon he was at the parking lot. With reinforcements nearby, I walked a wide line around the officers and photographed each of their license plates, in case they continued to refuse to give me their names.

Then I grabbed a notebook from the back of my car and cautiously approached another tall scary cop. I'm going to be making a formal complaint, I told him, and I needed his name. I'm going to walk close enough to read his name tag, I told him. I edged nearer, moving very slowly, very carefully. His name tag said Chapman. I asked for his first name and rank and he refused. I announced to the next cop, the one who threatened me with arrest, that I was going to walk close enough to see his name. It was Goodale. I again announced my next move, and Goodale said he'd tell me the name of the third cop. It's a name you could spell a few different ways, so I ask him to spell it. "O-f-f-i-c-e-r," he began. Mr. Goodale was clearly having more fun with this little episode than I was. "M-c-E-l-r-o-y," he finished.

Now, I'm not saying, based on one episode alone, that Mr. Goodale is a bad cop. Maybe he's a fine cop who was having a really, really bad day and couldn't resist barking at someone. Maybe he's a fine cop who has forgotten, or never was given, a basic primer on where crime stops and where civil rights begin. If this was an uncharacteristic slipup, he'll apologize, a note will go in his file, and that will be the end of it. But even as a relative newcomer here, I've heard about the troubled history of the Eureka Police Department. If the department's top brass believe that threatening a middle-aged lady with arrest for taking a few iPhone snapshots is acceptable, then what else is going on out there?  If this wasn't an aberration, then the City Council needs to ask some stern questions, both of current Chief Murl Harpham and of whomever it hires to be the next police chief. Just what are Eureka police afraid of? What are they doing that they don't want on camera?