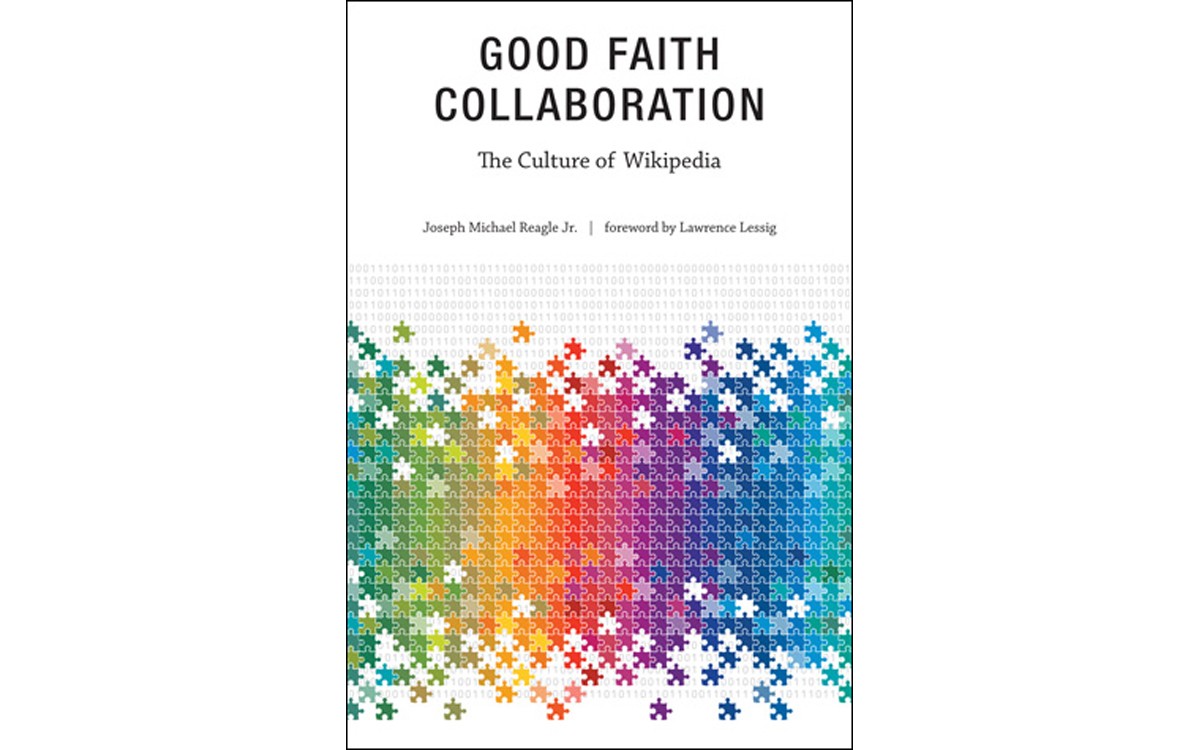 A book and especially a fictionalized feature film on the founding of Facebook got a lot of buzz recently, predictably because for all its innovation and surprising success, it's all just the same old story of the fight for love and glory and money. The Internet is increasingly an advertising medium, clotted and cratered with the frenzy for profits. The true exception is the innovative success of a collaborative effort that has become as indispensable a feature of the Internet as googling or YouTube: the prime online reference work called Wikipedia.

This book is not meant to be biography or reportage, but contemporary ethnography or study of a culture. But the story it tells is compelling anyway: In an Internet culture more and more dominated by "fractious narcissism," " Wikipedia culture encourages contributors to treat and think of others well." Yeah, that'll work. But mostly it does.

Founder Jimmy Wales gets a chapter ("The Benevolent Dictator") but only after Reagle starts honing in on the nub: "The Challenges of Consensus." Reagle approaches it all in a large context, going back for example to historical dreams of collaborative knowledge bases, like H.G. Wells' World Brain, as well as ethics and methods of collaboration of the Quakers, for instance. But mostly it's within an Internet historical context, from the early days when the idea of free information resulted in such institutions as the Creative Commons.

Wikipedia has its critics, including the transparently political who demonize anything that doesn't play predatory capitalism. Reagle describes ongoing debates over the accuracy of user-supplied information, trying to separate it out from professional sour grapes. So he gets at both of the interesting questions: How can this possibly work? And, is it any good really? He begins and ends the book considering conflict (which sooner or later results in people calling each other Nazis). He concludes that while not immune to "pettiness, idiocy and vulgarity," "what Wikipedia collaborative culture does...is call upon the better angels of our nature," through emphasizing and reinforcing good faith ethics, and improvising institutional methods for encouraging them, as well as insuring the integrity of what's published online.

Reagle writes without much jargon, and although the book requires more than casual interest in Internet or hacker culture, it's clear enough for open access.

What this book does well is describe how Wikipedia works and what issues have arisen. It's short on drama and personality, and so it's probably destined to be a source document if a publisher is ever convinced that Wikipedia is sexy enough to merit a more narrative-driven treatment. Since that seems unlikely, this may remain the best opportunity for learning about this remarkable project.