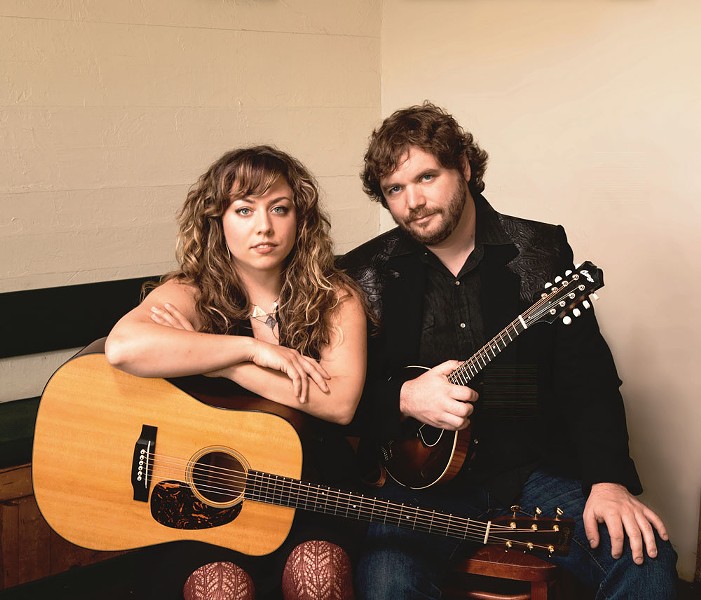 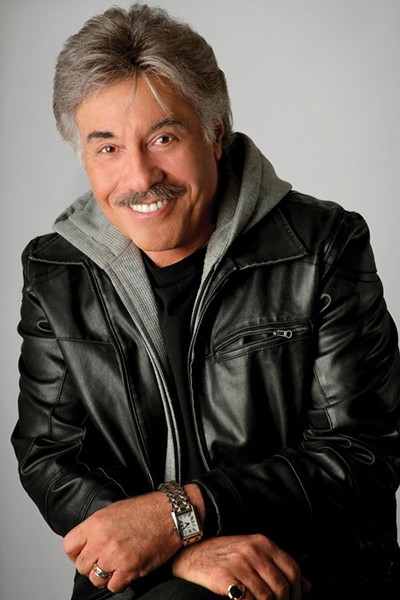 March came in with rainbows — yay! — more a unicorn than the proverbial lion. How the month goes out remains to be seen, but how you go out is more easily determined — as the days grow incrementally longer, so your opportunities for entertainment expand. In this week's Setlist, we present you options both wild and subtle.

Elephant Revival and The T Sisters perform Thursday at the Arcata Theatre Lounge. The five members of Elephant Revival claim a deep commitment to certain ideals: community, recognizing one's place in the flow of the natural world, harmony. These standards influence the band's blend of folk music, making it an uplifting favorite at festivals, including Telluride Bluegrass, Vancouver Folk Festival and Old Settlers. Take the song "Remembering a Beginning," in which multi-instrumentalist Bonnie Paine sings of the unity of all things: "There's a fire burning, in the middle of this turning/Wild and yearning/For everything, for everything/Remains inside, these changing skies/Through waves in time/Remembering." The changing skies, we're told, remind listeners that, while the very stuff of the universe remains, everything is always unfolding, expanding and contracting, ebbing and flowing — changing. "If we could remember that we are all varying expressions of the same living thing," says Paine, "maybe we would have less interpersonal and environmental struggle."

The T Sisters are a family band out of the Bay Area whose throwback aesthetics range from the Andrews Sisters and 1960s girl-groups to the sirens from the film O Brother, Where Art Thou? Anchored by diverse influences spanning folk, country, gospel, klezmer and early '90s R&B, the T Sisters notably provided supporting vocals for Grammy-winning musician Laurie Lewis on the stage of San Francisco's most recent Hardly Strictly Bluegrass Festival.

Doors opens at 8:30 p.m., cost is $15 with advanced tickets available at Wildberries Marketplace, Peoples Records, The Works, the ATL and ATL online and it's 21 and over.

Or you could take advantage of "Date Night" at Six Rivers Brewery, which in addition to pizza and beer specials, features Kevin Danel and Dee Hemingway crooning Motown and soul.

Speaking of Laurie Lewis, she's producing an album by folk-grass duo Melody Walker and Jacob Groopman, who return to the Arcata Playhouse on Friday night for their official Humboldt CD release party for their new release, We Made It Home. Before meeting in Northern California, Walker and Groopman both grew up surrounded by sound. Walker was the daughter of a blue collar songwriter father and grew up listening to everything from the Beatles to Bill Monroe. After studying percussion and voice at HSU and in India and Brazil, she co-founded the women's world fusion a cappella group AkaBella. Originally from Richmond, Virg. with Appalachian musical ancestry, Groopman fell hard for his first love, rock 'n' roll, but it was the West Coast stylings of Jerry Garcia and the Grateful Dead that turned him onto American folk music. He studied jazz guitar at Oberlin College, dabbling in jug band music before moving to the San Francisco Bay Area and jumping into the local bluegrass scene. Before teaming up with Walker, Groopman toured extensively with the Afrobeat band Albino! and country-rockers The Real Nasty. Lauren Norgeot (also formerly of AkaBella) opens the show with a set of her originals.

Two Wandering Bears and Venatore Media present The Fourth Annual Animal Carnival, with all proceeds supporting the Open Door Clinic's Literacy Program and Humboldt County's Godwit Days. Organizers describe the menagerie thus: "For four years now, the animal party has entertained catfish, coyotes, crocodiles and caterpillars from all over the world. We have had car fires and donkeys, naked belt-wielding freshman university sloths and fire-spinning parrots. We had pink flamingos twerking and polar bears dancing on stilts. We had a large tuna fish take us to the early morning last year and, my God, mammals, it was good."  The Portuguese Hall will be divided into two separate rooms. In the jungle room, hear local bombastic boogie beats with Psy Fi, Wu Wei, Pressure Anya, Treemeista, ONHELL, G.I.R and Rhizae. Meanwhile, the Carnival Room will keep your membranes blinking and your scales vibrating with the The Fungineers Puppet DJ Set, DJ Dirtbag and Kelley Mak, SambAmore Arcata, and The Black Cat Comedy with Ivy The Panther Vasquez. Additional performances throughout the night by Humboldt Circus and The Redwood Rings Hoop. Tickets are $20 presale at The Works and People's Records and $30 at the door. This is an 18-and-over event. No costume, no entry. 8 p.m.

If you prefer a night out sans animal attire, please note that the Fortuna Concert Series welcomes back The Babes, a choral group started 20 years ago as an outgrowth of the Humboldt Light Opera Co. The Babes guarantee an eclectic mix of songs from folk to jazz, serious to seriously funny. This all happens at the Fortuna Monday Club. Tickets are $10 general/$8 students and seniors, and available at the door, which opens at 6:45 p.m.