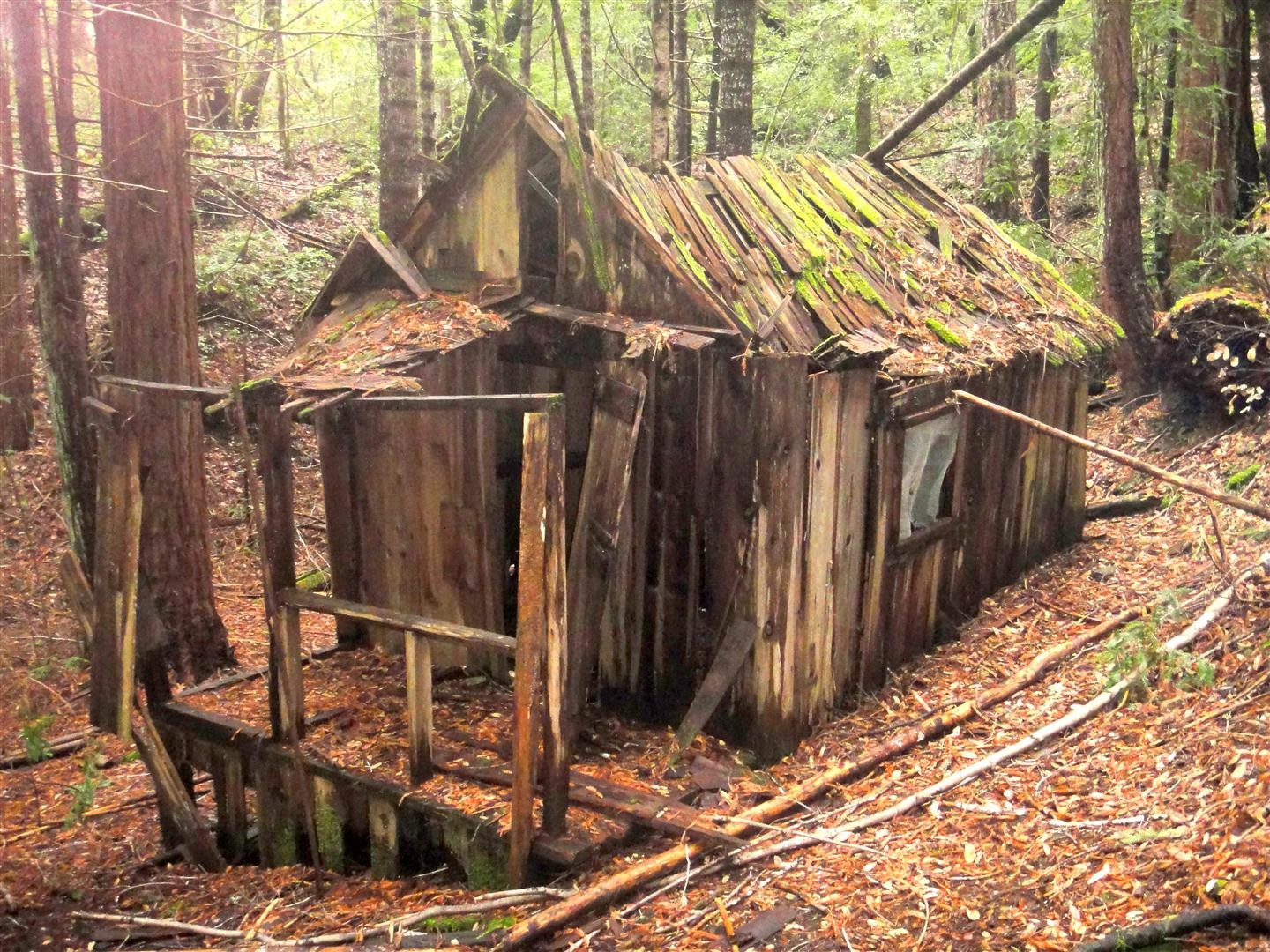 I have a testable hypothesis (see Black Swans from last week) that any situation can be improved with a walk. Mental, physical, spiritual, relationship, professional, financial problems? Walking can only improve things, whether around town, through the Arcata Community Forest or -- if you're looking for more of a challenge -- 3,379-foot up Grasshopper Peak, in the heart of 53,000-acre Humboldt Redwoods State Park. Grasshopper is the high point of the Mendocino Ridge, a fold of old sea floor that was pushed up some 60 million years ago as the Pacific tectonic plate slid under the North American plate -- an on-going "subduction" movement that we still feel with every earthquake.

Even though the seasonal bridges across the South Fork of the Eel and Bull Creek won't be installed in the park until early May, you can hike Grasshopper now and still keep your boots dry. Exit 101 south at the Honeydew exit and head west about three miles on Bull Creek Road to the Big Trees parking area. In summer there's a bridge, but you can get across on the farther of the two huge downed redwoods that straddle the creek just upstream of the parking area. If you decide balancing across a big log isn't to your taste, I'll offer an alternative route later.

Head about half a mile east along the south bank of Bull Creek until you reach the sign for the Johnson Camp Trail. (Don't trust a previous sign that tells you Johnson Camp is only two miles distant.) The well-maintained trail from Bull Creek to Johnson Camp is a hiker's dream, five miles (and 1,350 elevation gain) of old growth redwoods and Douglas fir, with two elegant triangular truss bridges as added attractions. As you head up, spare a thought for oilman-philanthropist John D. Rockefeller who supported the nascent Save-the-Redwoods League with two checks of a million dollars each that led to the initial Bull Creek purchase of 10,000 acres of virgin timber in 1932. In a couple of hours, you'll reach Johnson Camp, where two rotting cabins are all that remain of Enoch Johnson's split-stuff operation. It lasted until the 1950s, producing railroad ties, roofing shakes and other hand-hewn redwood products. The site is now a shady trail camp operated by the Park, complete with a new privy and a non-potable water faucet.

Leaving the soft duff of the trail, half a mile of gravel spur road connects Johnson Camp with the Multi-Use Trail (MUT) running from Bull Creek to the summit. The trail (actually a gated gravel road) starts from opposite the Albee Campground on Bull Creek Road, offering a permanent bridge in lieu of the Big Tree log crossing. Heading steeply up on the MUT, the summit is another three miles and 1,800 vertical feet. The 1935 fire lookout there is now occupied only at times of extreme fire danger. In addition to expansive views of Kings Range to the west and the mountains of Trinity County to the east, the immediate prospect of hundreds of blackened tree stumps (burned during a two-month, 11,000 acre fire in 2003) is a reminder of why the lookout is there in the first place.

Whether you go to the camp or all the way to the top, hiking Grasshopper Peak is a hearty, snow-free outing and a fine way to appreciate this delicious part of the world in which we're fortunate to live.

Barry Evans (barryevans9@yahoo.com) thinks walking could save the world, one step at a time. Thanks to Dave Stockton of the Humboldt Redwoods State Park for help with this article.