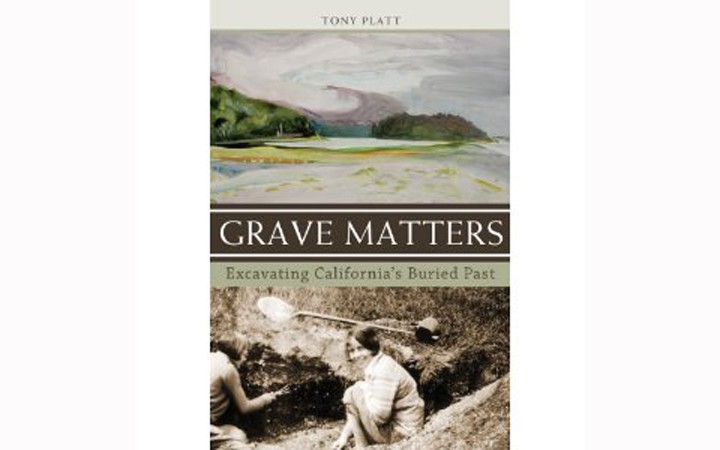 In Tony Hillerman's novel Talking God, a staff person at a government museum states that the reburial of 18,000 of the museum's skeletons is not possible, "because of research needs." She subsequently receives a large box. Inside she finds the bones of two of her grandparents, which have been removed from their graves. Now she must confront the reburial issue from a different perspective.

Much of Tony Platt's superb book, Grave Matters, deals with the problem of incompatible perspectives. For generations certain Euro-Americans, including many researchers, have viewed human remains and objects from other cultures as legitimate items for collection and study. Native Americans have always opposed this notion, but until recently they had little power to challenge it effectively. Now the dynamics of the issue have changed, partly because of Native American activism on the North Coast.

Platt weaves together several strands of history to tell this story. He provides a succinct account of the development of the disciplines of archaeology and anthropology at the University of California, Berkeley, and of work done by university faculty and students on the North Coast. He also describes the local activities of amateur archaeologists and "grave goods" collectors and explains the symbiotic relationship between such "diggers" and academic researchers. As a counterpoint to these forces, Platt traces attempts by local Indians to regain the cultural objects and remains of their ancestors and to restrain further activities by those who would take such items. Lastly, Platt, who is a part-time resident of Big Lagoon, describes his personal connection with the issue.

We are told, in graceful, seamless prose, a story worthy of the epic poets. Giants of anthropology, most notably Berkeley's Alfred L. Kroeber, are shown in headstrong pursuit of data, even when this meant compromising the respect they held for Native Americans. Local collectors, such as Eureka High School teacher and museum founder Cecile Clarke, desecrated Indian burial sites in order to create educational exhibits. Others, such as dentist "Doc" Stuart, sold their findings to collectors. Challenging them were Indian leaders such as Joy Sundburg, Milton Marks, Walt Lara Sr., and Margaret Marks Lara, who established the Northwest Indian Cemetery Protective Association and nurtured it into a powerful organization that helped create laws protecting Native American human remains and artifacts. Running through this narrative, like a deep, unyielding minor chord, is the knowledge that local Indians had been massacred, had their lands taken from them, and had their culture attacked in every conceivable way.

Despite all this, the Indian community has endured, and it is now beginning to prevail. Grave Matters describes the time when the balance began to shift, and Platt's profound book should help it shift still more.