Let's face it, care homes for seniors do not have the greatest reputation. But perhaps that's because they're not run by a belatedly woke and gender-fluid CEO and an events director with chronic stage fright, staffed by a uniquely mismatched minimum-wage couple, and where healthcare needs are met by a doctor who trained with Timothy Leary.

Mix in some variably confused residents, a government inspector, a fortune-teller and a band that figures they've reached the nadir of their own existence when they're hired to celebrate an 85th birthday, and you have MadSummer, currently playing at the Carlo Theater in Blue Lake.

The fun begins with the band — Mike LaBolle (percussion/horn), Marla Joy (bass/guitar/flute), Tim Randles (keyboards), Jeff Kelley (guitar) and Rob Diggins (bowed and plucked strings/brass) — setting up for the birthday party. At the instigation of Events Director Asbjorn ("ass-bear") Sorenson (a deliciously neurotic Ben Clifton), the band launches into a rousing rendition of "Forever Young," sung by Foggy Boomers staffer Kerry (Kathryn Cesarz in fine vocal form). Hearing the music, resident John (the indefatigable Bob Wells) dances in with his walker, followed by the birthday girl, his wife Jill (Peggy Metzger, in full-on aging hippie gear) floating and flirting around the stage. This is all a bit much for Asbjorn, who quickly shuts everything down.

Meanwhile, Kerry and her partner in work and life, Kenny (a quietly stubborn Jesse March), put up festive decorations while dissecting their disparate life goals, as other residents trundle in for the opening song-and-dance interlude. Betsy (a gloriously ditzy Susan Abbey) keeps trying to escape, while fire enthusiast Zach (a happily bumbling Scott Malcolm) follows her like a puppy, and a silent wheelchair-bound senior (Wilda Thompson) brings up the rear.

But before the real celebrating begins, we are all treated to a dramatic presentation/mea culpa from Foggy Boomers CEO Ed Duodenum (the splendidly over-the-top Donald Forrest). Never has so much pseudo-woke language appeared in such a short speech — a whole new buzzword-bingo game clearly awaits here! Sadly, the soaring oratory returns to earth with a crash as the enigmatic wheelchair-bound senior reveals herself to be not only the dreaded government inspector, who's been living incognito at Foggy Boomers for a week, but also Ed's long-lost love Eva McHale.

While Ed and Eva take a trip down memory lane (and she threatens to shut the home down), another long-lost relative, Jill's daughter and fortune-teller Calistoga (real-life fortune-teller Zera Starchild), who's snuck in as part of the entertainment, zeroes in on her mother with a plan to break her out of the home.

Into the midst of all this steps Dr. Frank Birinbum (Jeff Thomas, oozing sweet temptation), with a plan to make everything and everyone better with some new medication — Love Potion No. 9 in the form of shroom-derived red Jello shots. Meanwhile, Kenny orchestrates the final part of the birthday party — a recreation of Pyramus and Thisbe (hence the MadSummer title) starring himself in multiple roles, Kerry, Calistoga and Asbjorn, with some wonderfully over-the-top Shakespearean speechifying, incomprehensible accents and predictably chaotic results.

But this is a celebration and so there must be a happy ending. Their minds freed from the trammels of daily life, everyone finds their happy place in the great scheme of things and the good doctor declares, in true Puckish style, that his "work here is done." One more round of "Forever Young," and the play, too, is done — to rousing cheers from cast and audience alike.

The songs and music range from rousing to romantic to heart-achingly poignant, and Fields keeps everything moving forward at a cracking pace, while Michael Foster's lighting design tracks the action perfectly alongside Jeff Kelley's sound work. Lynnie Horrigan's costume and set design (including the deliberately misspelled "Dinning Room") are, as always, on-point, and Production Manager Andrew de la Pena and Stage Manager Bailie Molsberry effectively keep track of the many moving parts. Yes, there are some rough edges to the production. A couple of numbers run a little long, and the play-within-a-play needs tightening, but these things are part of the wonder that is live theater. It's different every time. And it gets better over time. So, if you're ready, throw off your COVID isolation and head on out to Blue Lake next weekend for the final performances (for now) of MadSummer.

There is nothing quite like being in a packed theater, experiencing the joy that comes from sharing the same physical space as the actors, singing along with the band — in short, being back in the presence of live theater. There really is nothing like it, and it's been so long since we've been able to experience it. Dell'Arte, which owns and operates the Carlo Theater, requires masking and full COVID-19 vaccination to attend performances. Personally, I never felt anything but safe.

For a full slideshow of Mark Larson's phtographs from the performance, visit www.northcoastjournal.com.

Pat Bitton is theoretically retired, but you know how that goes. 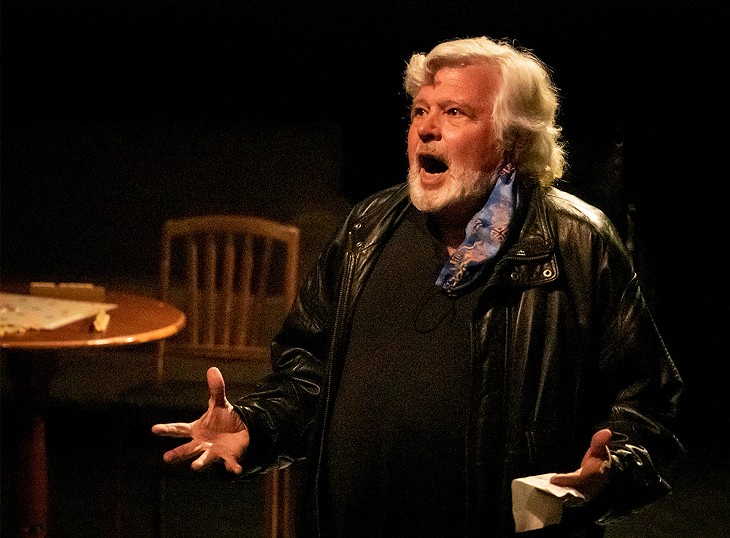 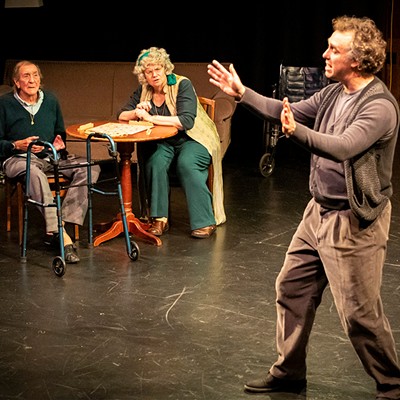