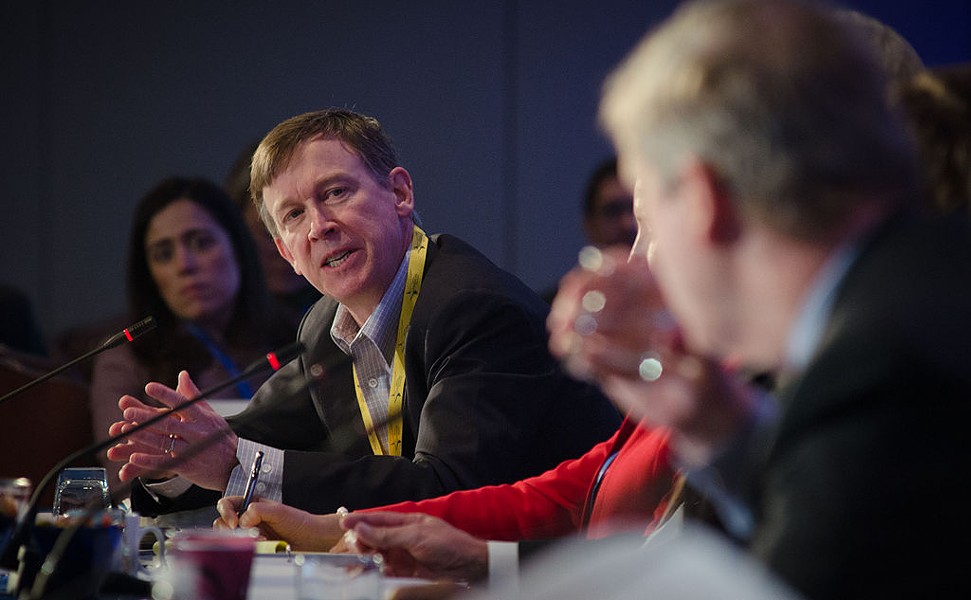 Speaking before a Senate Governance and Finance Committee hearing chaired by North Coast state Sen. Mike McGuire, Hickenlooper said he was initially opposed to recreational legalization in his state. But, he said it's proven to be a popular policy, pointing out that when Colorado legalized the weed three years ago, 55 percent of residents supported it. Today, that number's jumped to 60 percent, he said.

"Historically, California is the one that always does these kinds of things first," Hickenlooper told the committee. "I don't know how Colorado ended up drawing the card on this one."

By means of advise, the governor urged senators to make sure California's process is transparent as possible, telling them to make sure hearings are televised and webcast, and covered by the media. He also urged lawmakers to make sure some of the state revenue from legalization goes toward mitigating unintended consequences.

In Colorado, he said the first $40 million in cannabis tax revenue goes toward public school infrastructure projects, with the balance going toward drug counseling, public safety, mental health services and an anti-marijuana marketing campaign targeted toward children. But Hickenlooper also cautioned the Golden State not to get too carried away on the tax side. "A big part of this great social experiment is to get rid of the black market," Hickenlooper said, adding that driving up costs through taxes could push people toward illicit and unregulated production and sales.

When asked about getting compliance from growers, Hickenlooper noted that there's a different dynamic in Colorado, where much of the industry is indoors, noting that the value of Denver area warehouse space is up 70 percent since legalization.

McGuire noted that one of California's current challenges is just getting all the technical systems in place for regulation and tax collection, and Hickenlooper agreed, deeming getting Colorado's system up and running "one of the hardest things I've ever done in public life."

After thanking Hickenlooper profusely for participating, McGuire took a moment to address the committee and spoke to the notion that California might not be able to meet the Proposition 64 imposed Jan. 1 deadline to get the state's regulatory framework up and running and distributing licenses.

"Jan. 1, 2018 is fast approaching and there is a lot at stake," McGuire said, noting that the state needs to implement a track and trace program, enroll operators and ensure systems to collect taxes and fees throughout the state. "There are major challenges with this."

As an example, McGuire pointed to the collection issue, noting that — due to federal prohibitions — this is a very cash dependent industry, and one worth an estimated $7 billion in California. It will be imperative to create a system that allows cultivators, distributors and others to pay their taxes and fees without having to drive to Sacramento with a car full of cash, he said.

The hearing continued with panel discussions on tax administration, tax collection and current and future challenges with compliance. A full video of the hearing can be found at www.senate.ca.gov.