Hail to the Chief

Eureka's next mayor won't be much more than a figurehead, but he'll be our figurehead 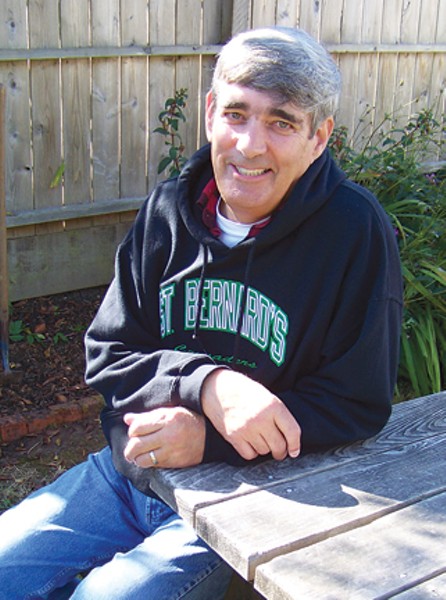 You could just look at the list of supporters for Eureka's two mayoral candidates and make a snap judgment (and neverminding that it's a nonpartisan position): If you align with the generally conservative, pro-Marina Center types, then Frank Jager, currently the Fourth Ward's city councilman, is your man. If you align with the generally liberal, anti-Marina Center types, then it's LaVallee, director of youth services at the Redwood Community Action Agency, for you.

But what's the fun of that? The mayor's got no power, not really. In Eureka's "weak" mayor/strong city manager system, the mayor does not vote but merely presides over council meetings. The mayor can vote in case of a tie (say, if one of the five council members is away). And the mayor can appoint folks to commissions (pending council approval). But, mostly, the mayor's like the city greeter: handles celebrities when they grace our city, gives speeches, cuts ribbons and talks big ideas.

So, actually, this is the race that can be an unabashed personality contest! Yes, of course, the candidates are keen on many of the pressing issues of our day. Yes, they'll be tempted to cheerlead for their particular causes. Yes, Jager's raised nearly four times the cash that LaVallee has -- make of that whatever you like. And -- oh, I see I lost some of you hardcores. Wait, come back! Did I mention Jager once tried to start a chapter of the SDS -- the radical-left Students for a Democratic Society -- at College of the Redwoods? Or that LaVallee started out as a pre-law student at Wayne State University in Detroit, intending to become a corporate lawyer?

As I was saying, the fun is getting to know the candidates personally. So here we go. But first, we note that a third candidate, Marshall Spalding, manager of the Courthouse Market, had thrown his hat into the ring (as in elections past) but confided in our editor recently that he'd snatched it back out. He did not return our phone call by deadline. Oh, and also, LaVallee and Jager are friends, or at least friendly; Jager endorsed LaVallee's successful run for mayor back in 2002. And, also, about that "no-power" thing? Actually, Jager's got a smidgen extra over LaVallee: If Jager becomes mayor, he'll get to appoint someone to fill his vacated seat -- someone conservative like him, he promises, unless the council nixes it. If LaVallee wins, Jager gets to keep his council seat.

FRANK JAGER, 63, was born in Albany, Ore., in 1947. A year later his family moved to Eureka, where his farmer father got work as a mill foreman. His mother was a member of the Potawatomi Tribe -- although Jager, who's also a tribal member, didn't know much about that until he started getting checks from the tribe when he graduated high school. Jager and his seven siblings grew up on a five-acre parcel on the 1400 block of Myrtle Avenue.

"My fondest memory was playing on the land," said Jager one morning last week, sitting in his and his wife's gardeny lush backyard on G Street. The retiree/councilmember wore jeans, a St. Bernard's sweatshirt and wool slippers.

Jager went to St. Bernard's Catholic School; he wasn't a very good student. In 1965, after high school, he went to College of the Redwoods. But he was also working to support himself, and after a year he dropped out of college to just work. That lost him his draft deferment, so with Vietnam looming he joined the Coast Guard. After a year of training, he returned to Eureka and got a part-time job at the City of Eureka's zoo, mostly cleaning cages. He went back to CR and got his AA degree -- and, with others in the Peace and Freedom Party, tried to start an SDS chapter there. "It didn't go over well," said Jager.

He attended Humboldt State University part-time for four years, majoring in biology, but he didn't get a degree. Summers, he worked for the city of Eureka watering parks and playgrounds at night. What really consumed Jager's young adulthood, however, was mountaineering. For years, he and a buddy traveled all over the place, climbing peaks.

"We climbed everything: Mt. Rainier, Mt. Hood, Mt. Adams, Smith Rock State Park, Yosemite. I lived in Yosemite for five or six months. Sierras. Trinity Alps, man, we would go into the Trinity Alps every chance we got. It was just exhilarating, really fun. We did some first ascents -- a couple in Yosemite, and a couple in Smith Rocks, and one of the climbs we did in the Trinity Alps was written up in the American Alpine Club Journal -- "Stonehouse Pinnacle" -- in 1969. And we wrote a climbing guide to Patrick's Point."

Jager doesn't climb anymore -- arthritis in his hands and shoulders prevents it.

In 1969, Jager became the scout master of his younger brother's troop, and he's been with it ever since; he considers it a defining role in his life. In 1971, he became Eureka's dogcatcher, working out of the police department. Being a cop looked exciting, so in 1973 he became one. He was a police officer for 17 years, three on patrol and the rest as a crime-scene evidence technician and occasional patrolman. He remembers fondly the high-speed pursuits and "catching the guy." In 1990, he became a county DA investigator.

In 1992, Jager ran for city council and won. He said he was tired of how the "anti-employee" city council at that time treated police officers, especially during wage negotiations.

He won a second term in 1996, but quit when the county coroner position came open in 1998. He was coroner for 11 years, then retired in 2008 to run successfully for city council again -- this time at the urging of his conservative fellows.

Jager will lose his vote if he's elected mayor, but he says he'll be more effective in helping people navigate city bureaucracy -- a skill he honed as coroner, working with bereaved families, and something he'll have time for because he's retired. He says he'll maintain peace in the council chamber, an oft-chaotic and mean place. And he hopes to trumpet the good, often overlooked stuff in Eureka: kids building panda cages, amazing flower gardens, and the like.

PETER LAVALLEE, 61, grew up in Ferndale, Mich., a suburb of Detroit not far from the city zoo. "It was a lovely little town," said LaVallee one morning last week, sitting in his and wife's backyard on William Street amid a garden as lush with vegetables and flowers as the Jagers', wearing the outdoorsy leather mocs, dark slacks and a sweater vest over a dress shirt he'd put on earlier for a day at the office.

LaVallee's dad, an engineer, designed presses for making auto parts -- LaVallee remembers often coming home after school to find his dad perched on chair and footstool, calculating something with a slide rule.

LaVallee was an average student in a big high school; he mostly was into playing brass instruments. After high school, he moved to downtown Detroit to attend Wayne State University and study political science; he wanted to become a corporate lawyer. He worked at the Chevrolet gear and axle plant while in school, making $10 an hour -- a good living. And then the Detroit riots happened -- bullets whizzing through his neighborhood as he crouched beneath the window sill. After martial law was declared, LaVallee drove his bullet-riddled VW bug to his parents house in the suburbs and watched the reports about the riots on TV.

"I got very active in politics after the riots, because they were pretty much portrayed in the news as a looting by black people of businesses, which was indeed occurring," he said. "But what they weren't really reporting was the poverty in the inner city of Detroit, and the anger and the angst. So it got me really interested in social issues."

He worked on an urban renewal project back at Wayne State, but then dropped out and moved to San Francisco. He'd lost his draft deferment, so he applied for conscientious objector status. It was denied, and he fled to Canada and sent off an appeal. Eventually, he was granted C.O. status.

On his way home from Canada, LaVallee drove through Humboldt County, met some HSU students, and stayed. He got a degree in poly sci at HSU plus credentials to teach elementary school. He did lots of substitute teaching, but couldn't get a real teaching job. So he drove a postal delivery truck for awhile, worked as a janitor and was a teaching assistant at HSU.

LaVallee says his work with community people as well as legislators gave him connecting skills that would be useful to him as mayor. He plans to retire next year, so he'll have time to be a good mayor -- better, he says, than in his previous mayor term from 2002 to 2006. For instance, back then when he was trying to convince everyone that more motel units should be turned into efficiency housing for homeless people, he had some nonprofits on board, but not business. "This time, I'd reach out more to the business community," he said.

LaVallee exudes ideas for fixing what ails Eureka -- so many it seems he might be happier running for city council. "I was interested in running for council, actually," he said. But he lives in the same ward as council candidate Ron Kuhnel, whom he supports. He didn't want to run against him.

"I'll lose the ability to vote, but as mayor I'll be able to play mediator and get people together," he said.

He says he'd create a safe tone in the meetings, and run them more businesslike than the current mayor. "Virginia Bass is a little too lax, too informal," he said.