Hanging On for Dear Life 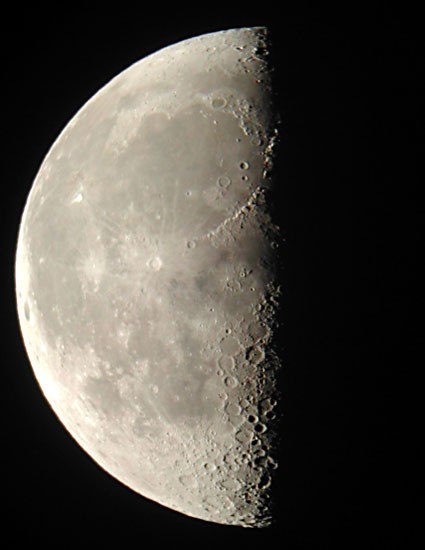 We know the Earth goes around the sun. That's what we were taught as kids, and we have no reason to doubt it ... unlike the ancient Greeks. Like us, they saw the sun rising in the morning, swinging overhead and setting in the evening. The Earth felt as rock-solid to them as it does to us. They had no sensation of a moving Earth, nothing like you'd expect if it was whizzing around the sun like a ball on the end of a string. For the Greeks and up until the time of Copernicus almost 500 years ago, the Earth was fixed in space while the sun, moon and stars rotated around it.

Not everyone was taken in, though. In 230 BC, Archimedes wrote about a particularly prescient doubter: "As you know, the name 'cosmos' is given by most astronomers to the sphere whose center is the Earth ... But Aristarchus of Samos published a book of speculations, in which the initial assumptions led to the conclusion that the whole universe is very much larger than what is now called the cosmos. He supposes that the fixed stars and the sun are stationary, that the Earth travels round the sun along the circumference of a circle ..."

... which pretty much nailed it, nearly 1,800 years before Copernicus! Here's an exercise to help you visualize what's really going on. At the time of the moon's last quarter (like now) we see half the moon's sphere illuminated in the morning sky. Providing the sky is clear, you'll find the moon overhead toward the south. Now imagine, if you will, that the Earth is on the end of a 92-million mile long rope, whose other end is tied to the sun, off to your left as you face the moon. Keeping the rope taut, imagine hanging on for dear life as the Earth hurtles toward the moon at nearly 20 miles a second.

At last quarter, the moon acts as a signpost as we orbit the sun. It's where we're headed: If the moon didn't move, we'd collide with it in four hours. It does move, of course: Just as we are at a fixed distance, more or less, in our orbit around the sun, the moon orbits around us at a safe distance of about a quarter of a million miles.

Gravity, of course, takes the place of the rope, and the Earth-sun and moon-Earth distances vary -- the moon and Earth orbit in slight ellipses, not the circles that Copernicus (and Aristarchus) supposed. But the concept is the same: We're ploughing through space, spinning daily as we go, in the direction of the last quarter moon. Try the exercise -- and admire Aristarchus for doubting what everyone else knew to be true.

September was the seventh month of the Roman calendar (before calendar reform in 153 BC).

They are two-thirds of triplets.

One: Pour the second glass into the fifth.

When you remove SIX LETTERS you get a BANANA.

Other shapes could fall down into the manhole, unlike a circular cover.

Tender is the Night

No, since the center cube will have to be cut on each of its six faces.

Barry Evans (barryevans9@yahoo.com) sometimes wishes his last name was "Center": The moon doesn't revolve around the center of the Earth, but around the moving center of mass 1,000 miles below Earth's surface, aka the barycenter.