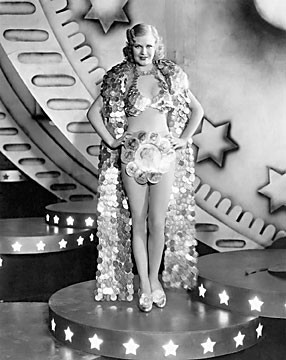 In Gran Torino, Clint Eastwood plays a cranky old codger in Detroit who finds a purpose -- staring down street gangs, Dirty Harry-style. This after working through some personal issues and befriending the Hmong families who have moved into his neighborhood. Rated R for language and some violence. 116 m. At the Broadway, Mill Creek, Minor and Fortuna.

"A dour fantasy, an immersive head trip, and the year's most fascinating bummer," says The New Republic's Christopher Orr of Synecdoche, New York, written and directed by Charlie Kaufman (writer of Being John Malkovich, Adaption, Eternal Sunshine of the Spotless Mind). Plot may be somewhat beside the point, but briefly: Phillip Seymour Hoffman is a depressed playwright who lands a big grant, with which he decides to stage a production of his entire life. A long-overdue arrival to Humboldt County screens. Rated R for language and some sexual content. 124 m. At the Minor.

Girlfriend, it is on! Liz and Emma, best friends forever, accidentally schedule their weddings on the same day, and at the same place. Thusly commence the Bride Wars. Starring Anne Hathaway and Kate Hudson. Rated PG for language, "suggestive content" and "rude behavior." 94 m. At the Broadway, Mill Creek and Fortuna.

It's alive! No it's not. Well, sort of. In The Unborn, a Nazi curse gives rise to a creepy ghost that haunts and possesses various members of a particular family. Advance materials describe the ghost as "an unborn creature," whatever that may be. Featuring Gary Oldman in slum mode. Rated PG-13 for "intense sequences of violence and terror," among other things. 87 m. At the Broadway, Mill Creek and Fortuna.

THE READER. As a subject for films, the European holocaust of World War II is fraught with danger. It's been exploited, sentimentalized and unfortunately all too often serves merely as a readymade backdrop of moral seriousness for melodrama. The Reader escapes this fate by concentrating on the psychological aftermath of actions taken during the war in the death camps, and it has a moral complexity most such films don't. That said, the film has several flaws that keep it from being the film it could have been.

The story centers on Michael Berg, a fifteen-year-old German who falls ill on his way home and is aided by Hanna Schmitz (Kate Winslet), a tram conductor 20 years his senior. Hanna initiates a sexual relationship with the naïve Michael that develops into a full-blown affair. As emotionally distant as it is physically close, she encourages him to read the great tomes of Western literature to her, which is the only real emotional connection they have. Eventually, she abruptly breaks off the affair by abandoning her apartment.

Almost a decade later, Michael is a law student who attends a trial and discovers that Hanna was a guard at Auschwitz who is now on trial for mass murder. He realizes that she wanted him to read to her because she was illiterate, which she selfishly views as her shameful secret. The fact that Michael had an affair with a war criminal is his own shameful secret.

The film sometimes betrays the fact that it's an English language adaptation of a German novel (by Bernhard Schlink) by a British playwright (David Hare). It's one of those international productions where all the German characters speak English, but with a German accent, a common convention that almost always detracts from the verisimilitude of the story. Occasionally the multinational seams really show -- all the books in Hanna's jail library are in English, which is another small detail that takes you out of the film.

The last half hour of the film drags toward a conclusion that is hardly surprising, and the stolid pacing, which might be intended to echo the emotional walls that both Hannah and Michael are trapped within, actually undercuts the full emotional catharsis that the film aims for. This is a perfect case where a different director with the same material might have improved the piece. The director of Billy Elliott just might not have been the best choice.

Even so, the source material of the novel is strong enough that it resonates regardless, due in large part to the skill of the actors, who are uniformly fine.

The younger Michael is sensitively played by David Kross. Kate Winslet does a superb job playing against type as an emotionally stunted woman whose secrets have shriveled her soul. Ralph Fiennes as the older Michael is also very good, though his role is closer to his comfort zone -- he's made a career of playing such introverted characters full of suppressed inner anguish.

The Reader is a good film that had the potential for something more. Rated R for sexuality and nudity. At the Broadway.

COMEDIES FOR DEPRESSION: While driving into Eureka on a Tuesday evening a few months back, I tuned the radio to NPR news and heard a segment on how the floundering economy, moving into depression, has had a major impact on the use of library services nationwide. Folks who can't afford to buy books are checking them out, people who can't afford computers or ISP charges are using those in the library, and an array of free programs at libraries are seeing record attendance. As it happened, I was on my way to the main branch of the Humboldt County Library to host a free film event as part of their "Based on the Book" series. We had a full house that night for a Hitchcock flick. Now the series is going again (it started last Tuesday), this time, appropriately enough, under the title "Hard Times and Happy Endings: Comedies of the Great Depression."

You missed Wynston Jones hosting My Man Godfrey with William Powell as a "forgotten man." Next up, on Tuesday, Jan. 13, is Mr. Deeds Goes to Town, a classic Frank Capra screwball comedy from 1936, based on the story "Opera Hat" by Clarence Budington Kelland. Gary Cooper stars as greeting card poet Longfellow Deeds, a small town kind of guy who inherits a fortune and moves to the big city, New York, where he must contend with a crooked lawyer (Douglass Dumbrille) and a devious reporter (Jean Arthur) who wins, then breaks his heart (if you know Capra, you know how that ends up). Philip Wright of KIEM-TV provides an introduction and hosts a discussion after.

Tuesday, Jan. 20, brings Charlie Myers of Charlie in Filmland fame, introducing Gold Diggers of 1933. Mervyn LeRoy directs the Broadway tale with showgirls (Ruby Keeler, Joan Blondell and Ginger Rogers) working on a musical with a secretive songwriter (Dick Powell) and chasing millionaires. This one's famous for the amazing choreography by Busby Berkeley, including the showstopper "We're in the Money," sung by a coin-clad Ginger Rogers, who's joined by a bevy of similarly adorned dancing cuties.

The series closes Jan. 27 with Sullivan's Travels from 1941, introduced by yours truly. Preston Sturges wrote and directed the Swiftian comedy (with a title derived from Gulliver's Travels) about a successful movie director (Joel McCrea) who wants to shift from comedies to something serious, an examination of the downtrodden with a working title, O Brother, Where Art Thou? To do research, he hits soup lines and homeless shelters disguised as a bum accompanied by an aspiring actress (Veronica Lake). Before the story's over he's been robbed, taken for dead, sent to prison and more -- and he comes to recognize the importance of comedy.

"These films take the 'depression' out of 'the Great Depression,'" says librarian Michael Logan, the series organizer. "As tough as things are now, our parents and grandparents had it a lot worse. But for a couple hours they could escape to a glittery New York ballroom, or Oz, or Freedonia. These films helped people through some very hard times -- by making them laugh."

Ready to escape hard times? "Based on the Book" film programs begin at 6:30 p.m. Tuesdays at the Eureka Main Library (1313 3rd St.) with discussion preceding and following film screenings. All films are free of charge. For further information about this and other library programs call 269-1900 or go to www.humlib.org.

AUSTRALIA. Epic and romantic action-adventure, set on the brink of WWII. Rated PG-13. 166m. At The Movies.

MARLEY AND ME. Neurotic dog teaches family in the making about what really matters in life. Rated PG. 123m. At the Broadway, Mill Creek and Fortuna.

QUANTUM OF SOLACE. Latest installment in the line of James Bond movies. Rated PG-13. 106m. At The Movies.

THE SPIRIT. Rookie cop returns from the dead as The Spirit, to fight crime in shadows of Central City. Rated PG-13. 108m. At The Movies.

TALE OF DESPEREAUX. Brave and virtuous mouse seeks life of chivalry. Rated G. 94m. At the Broadway and Mill Creek.

TWILIGHT. Teen girl gets swept up in unorthodox romance with vampire. Rated PG-13. 122m. At the Broadway.

VALKYRIE. Colonel uses Hitler's own emergency plan in attempt to overthrow Nazi government from the inside. Rated PG-13. 120m. At the Broadway and Mill Creek.

YES MAN. Man signs up for self-help program based on saying yes to everything and anything. Rated PG-13. 104m. At the Broadway and Mill Creek.