Have Yourself a Boozy Little Christmas 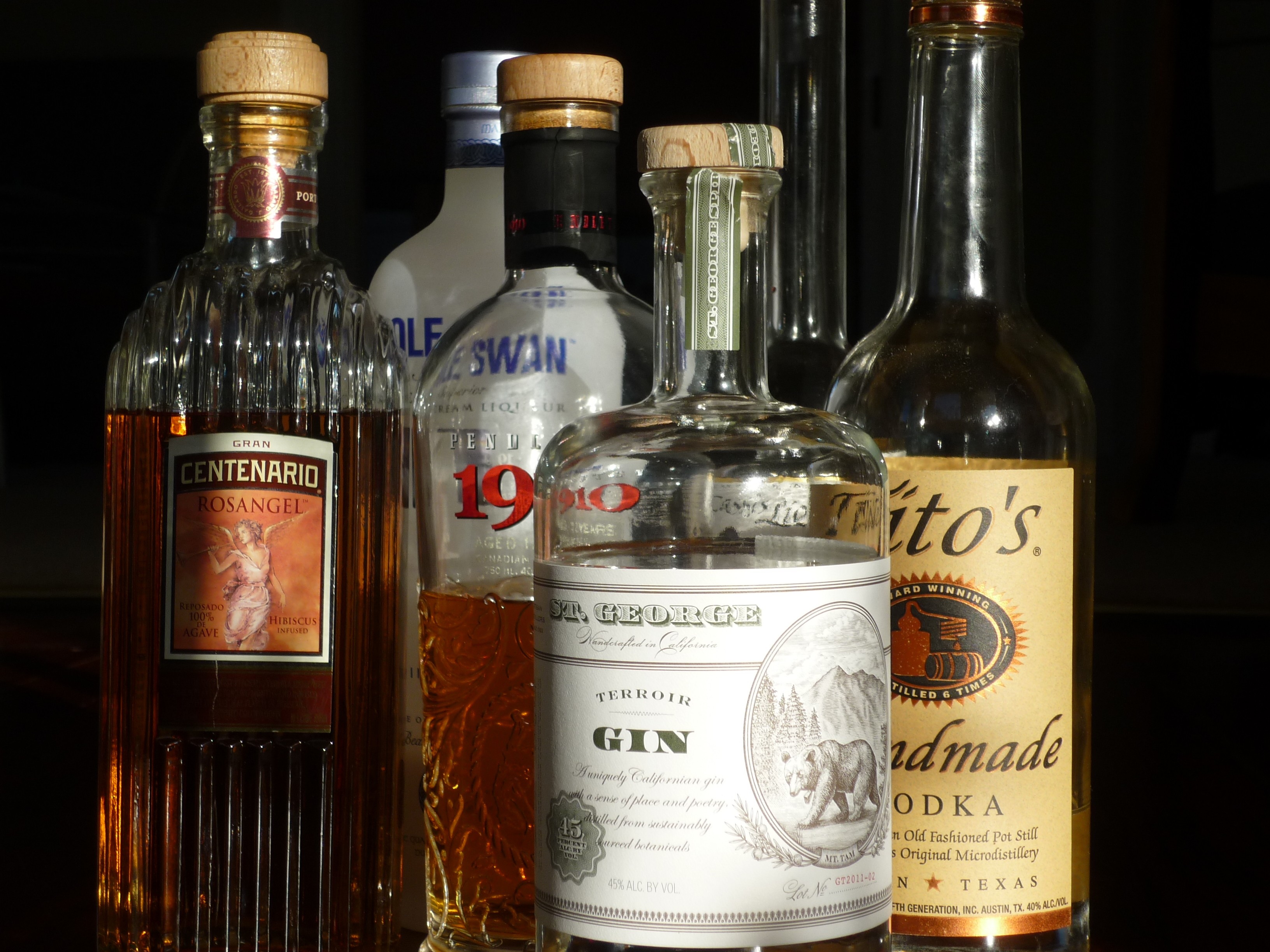 Several years ago, at a family Christmas gathering in Sacramento, my brother-in-law served the pie and asked if anybody would like a drink to go with it. There was a pot of decaf going in the kitchen, so I asked him for a coffee with Bailey's. He gave me an odd look. "Are you sure?"

Was I sure? Well, it wasn't my house, and maybe I was being a bit presumptuous. I'd scanned the liquor supply earlier and decided this was the best postprandial option on offer. "Um-yeah," I said. "Is that okay?"

He shrugged and nodded and disappeared into the kitchen. He came back a few minutes later and presented me with a cup of coffee spiked with one dried leaf.

"What is this?" I said, pulling the dead organic matter from my mug.

"Didn't you want a coffee with bay leaf?"

Ah, the merriment that ensued!

Every family gathering needs a charming anecdote to get us through the evening. The offending leaf was tossed, my coffee was topped off with Bailey's, and since then, every year, my brother-in-law has presented me with a bottle of Bailey's and a jar of bay leaves at Christmas.

And I love it.

A bottle of booze is really the perfect gift for a drinker. It's a consumable item, which means you're not cluttering up their house for long. It's inexpensive: even if your budget is limited, you can come up with something luxurious that they might not otherwise buy for themselves. And it shows that you were thinking about them. There's nothing like a picture frame/scented candle/coaster set to say, "I don't really know who you are, and I guess I never will." Those meaningless gifts are responsible for the sort of lonely, miserable, empty feelings that come over some of us at the holidays and drive us to drink. So why not skip all that and go right to the drink, eh?

To create this list of holiday gift bottles, I've set a maximum budget of $40, which also means you've got some reasonable options for hostess gifts. Oh, and one handy tip: Give your liquid offering to the lucky recipients well before Christmas morning and encourage them to open it right away. Finding yourself surrounded by bottles of liquor and wrapping paper while you're still in your pajamas on Dec. 25 is just weird.

Gin: St. George Terroir Gin. Inspired by the flora of Mt. Tamalpais, our brilliant friends at St. George in Alameda have created the ultimate slow (not sloe) gin: a bright botanical blend of Douglas fir, California bay laurel and coastal sage. This is the gin everybody's talking about this year. It's a gardener's gin. A treehugger's gin. A locavore's gin. Pair it with a small bottle of dry (white) Dolin vermouth and one timid suggestion, if you dare: Try your Terroir martini with a lemon peel, not an olive.

Vodka: Tito's Handmade Texas Vodka. This vodka's made of corn, y'all, and it's as good as everything else that comes out of Austin. It's won all kinds of awards and accolades from critics. But all you need to know is that this is a genuinely tasty vodka. Forget that crap about filtering vodka 18 times to make it quote-unquote smooth. This is made in an old-fashioned pot still just like whiskey is, and it's meant to be savored. I've never understood the rationale behind a vodka martini, but to those of you who do, I say this: Order a vodka martini with Tito's, and you'll never look back.

Tequila: Gran Centenario Rosangel. I tried this at a fancy tequila tasting in Tucson, and I didn't realize at the time that I was drinking hibiscus-infused tequila. (The rosy color should have tipped me off.) Had I known that, I probably would have turned my nose up at it. Who pollutes tequila with flower infusions? Good thing I didn't know what I was drinking, because it freed me up to fall in love. Rosangel is for sipping, not for slamming down your gullet or mixing into margaritas. It's smoky and only faintly floral and really beautiful.

Whiskey: Pendleton 1910 Canadian Rye. That's right, I said Canadian rye. I don't care whether you drink Scotch, bourbon, Irish whiskey, or anything else brown and aged in oak, you are going to dig this rye -- which, by the way, is distilled in Canada but bottled in Oregon at Hood River Distillers. It's aged for a glorious 12 years, and during its long and happy marriage to the barrel it loses all its rough edges and takes on a kind of vanilla/tobacco/maple wonderfulness that you really have to taste to believe. This is pushing the upper end of our price limit, but it's an astonishingly good value for the money.

Liqueur: Coole Swan Irish Cream Liqueur. Your grandmother will like this. Your toddler will like this. [Don't actually give this to your toddler -- Ed.] It's like Bailey's, only better. White and sweet and creamy and wonderful. Or, if you prefer the fruity side of sweet, get any of the fine fruit liqueurs made by Portland's Clear Creek Distillery. Blackberry, loganberry, cranberry, pear, cherry -- they're all made from real, fresh fruit, and there's not a dud among them. They're tasty by themselves and they work in all kinds of cocktails. Even the non-boozehounds will pour them over ice cream and be oh so happy.

The Assortment: Dedicated cocktailians would love an assortment of unusual bitters from Fee Brothers, Bittermens or The Bitter Truth. They would also be charmed by a collection of stocking stuffer-sized miniatures that allow them to mix that one cocktail they've never had the right ingredients for. Dozens of options are available at larger liquor stores, and they're priced right for any budget. Give it a go.