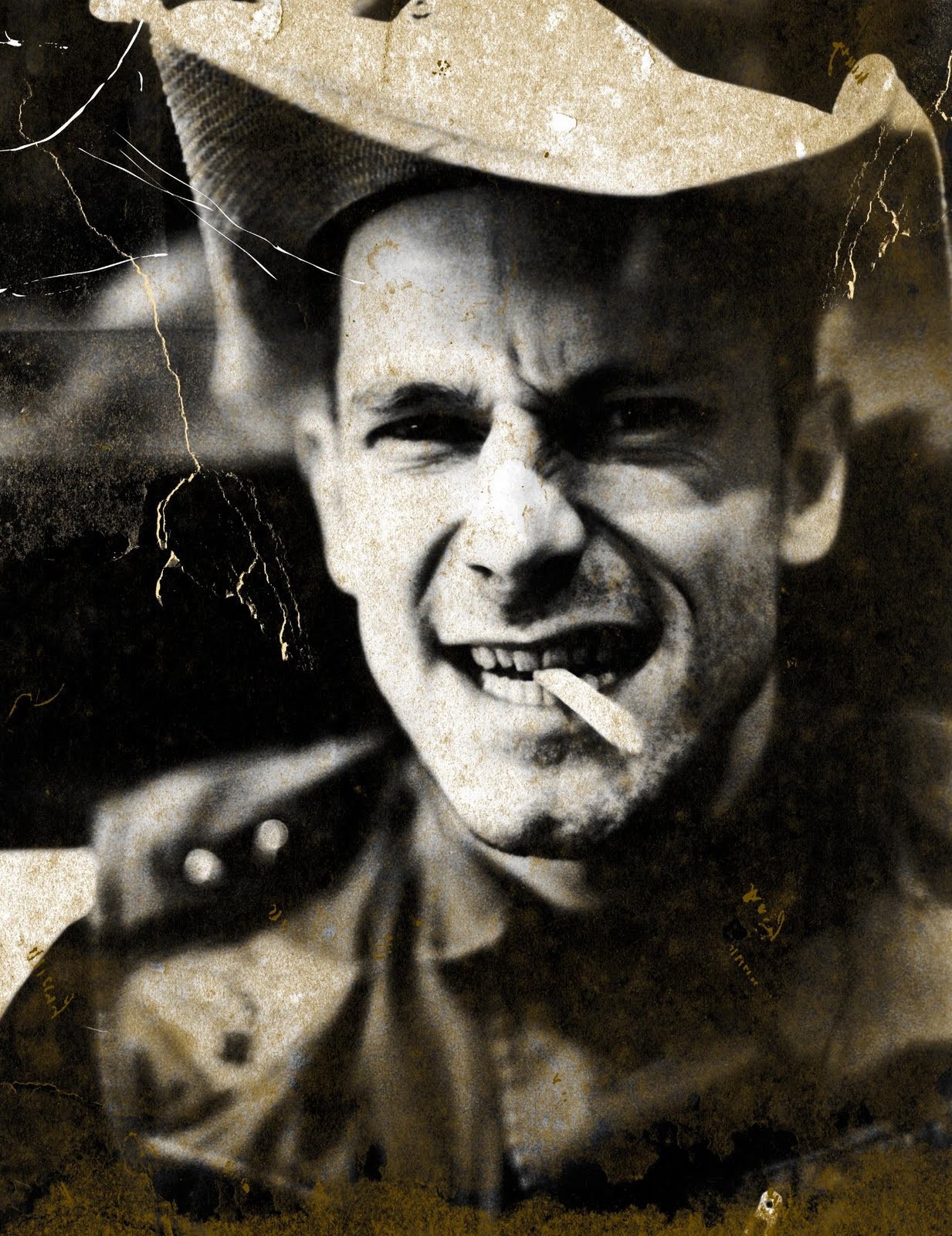 His first visit to Humboldt is the stuff of legend. An off-the-radar show deep in the outlaw hills, by invite only, although anyone who showed up at the end of the long dirt road was welcome to the party. With huge hunks of meat roasting over open fires, beer, whiskey and other intoxicants circulating, none other than Hank Williams III steps onto the stage -- the son of outlaw country legend Hank Williams Jr., grandson of country music icon to end all icons, Hank Sr. -- a modern-day legend in the making.

Wearing a cowboy hat not unlike something his grandpa might have worn, although a touch battered, he starts with a twangy lonesome country song and does a full set of neo-traditional country honky tonk with Joe Buck on stand-up bass. After a break he returns wearing a baseball cap, his acoustic guitar replaced by an electric. He wields it on a different sort of music, the twang shot through with punk energy. Buck too has gone electric for this "hellbilly" set. Set three takes things another step further. The ball cap is now backwards, the vocals gone to full roar over thrashing doom metal chords and a driving beat. The cowboys who were manning the barbeque take a few steps back as moshers crash around the front of the stage to the hardcore howl. Lightning cracks open the darkness. The next morning some of the more extreme revelers find they've spent the night sleeping in mud. The tour bus is gone. Hank's headed on down the road.

Next week's visit to Humboldt will be a bit different. Diamondback has rented the Mateel for two nights, Tuesday and Wednesday, Sept. 27 and 28, so the show will be indoors, without the fire-roasted meat, but probably no more sedate. The current tour comes on the heels of the simultaneous release four different Hank3 albums (that's what he calls himself now): Ghost to a Ghost/Gutter Town, a country/hillbilly twofer, Cattle Callin, experiments with real auctioneer callers over speed metal, something he calls "cattle core," and Attention Deficit Domination, a full bore doom/stoner-rock record. All styles will be represented both nights. More tales will be told about these shows.

The same Wednesday night Hank3 is tearing up the Mateel, another legend, blues guitarist Buddy Guy, will be tearing it up at HSU's Van Duzer Theatre. The pioneer of the Chicago electric blues was a hero and an inspiration to next generation bluesmen including Eric Clapton and the late Stevie Ray Vaughn, who famously said, "Without Buddy Guy, there would be no Stevie Ray Vaughn." Delta blues duo Moreland and Arbuckle opens the show.

Also playing that Tuesday, at the Jambalaya, another band on the road with a new CD. Jacob Fred Jazz Odyssey released its opus, Race Riot Suite, a few weeks ago. It's an ambitious, amazing, totally epic record, a return to old fashioned musical storytelling that tells a little-heard story from the band's hometown, Tulsa, Okla. Written, arranged and orchestrated by JFJO lap steel player Chris Combs, the multipart suite takes us back to 1921 and paints a picture of Tulsa's relatively well-to-do all-black Greenwood District. The history and the music get heavy when the Klu Klux Klan and others attack, burning most of the homes to the ground, leaving 39 dead and around 10,000 homeless. Combs cites artists including Mingus and Ellington, Beethoven and Mahler, Radiohead and Animal Collective as influences on the piece -- to my ears John Zorn and his downtown jazzers are a clear source. Helping out on the record and on the West Coast tour are saxophonists Mark Southerland and Peter Apfelbaum.

Same Tuesday, up on campus, the formerly indie rock outfit Portugal. The Man plays in the Kate Buchanan Room (moved from the JVD). With most members originally from Wasilla, Alaska, the band came to the fore in Portland and eventually signed with the major, Atlantic, leaving some indie cred behind. Also on the bill, Alberta Cross, led by a pair of former Brits now living in NYC who play rock Americana a la The Band, Neil, etc.

This Friday afternoon's Picnic on the Plaza features The Bump Foundation, still basking in the glow of a new brand release, We Funk, which is an apt description of what they do.

Friday is also the first day of Evolution Reggae, a two-day campout reggae thing at Cooks Valley Campground, right across the road from the Dimmick Ranch, former home of Reggae Rising. There's music both days: Prezident Brown, Winstrong, Jah Warrior Shelter Hi-fi and High Grade Sound Friday; Junior Reid, Romain Virgo, Reggae Angels, Ishi Dube and Psy-Fi Saturday, but this is more than a music fest. Mendo pot doc William Courtney will officially announce his candidacy for Congress at the party, with the requisite speechification, and at least one poster says he's also getting married there. One love indeed.

Back on campus Friday, West Coast ska-core veterans Voodoo Glow Skulls play The Depot. As they put it succinctly, "We play fast. We play hard. We play the voodoo sound like no other." Local ska warriors Killbot Factory share the bill. The ubiquitous Pressure Beat Sound System spins discs to open. (PBSS also plays Saturday and Monday at the Jambalaya.)

Minds are still unwinding at Blue Lake Casino, and Saturday there's another tribute coming to town, Queen Nation, who, you guessed it, play hits by Queen. KWPT "The Point" hosts a Freddie Mercury look-alike contest before the set.

Also on the tribute front, Silver Hammer with Beatles covers, Friday at Bear River. And Strix Vega does its dead-on tribute to the music of Strix Vega Saturday at the Alibi.

The Southern rock/country/hip hop band known as Rehab is back for a show at the Red Fox Sunday night. Yes, it will play "The Bartender Song."

Also on the psychedelic rock front, a Tuesday show at the Arcata Theatre Lounge by Strangers Family Band, a much younger quintet from Orlando with a new take on '60s-esque psyche complete with liquid projections. It's joined by locals White Manna, a fine-tuned band pursuing the heavier side of psyche with shades of metal. A noisy new duo, People, opens. Kevin Cheli-Colando provides visuals on the big screen.

You might remember Zoe Boekbinder from Vermillion Lies, a cabaret act with her sister Kim that played Westhaven Center more than once. On Saturday Zoe is back at the Center, but with like-minded New Yorker Mal Blum.

Speaking of sisters, twin sisters, Laurie and Katelyn Shook are the folk duo Shook Twins, making crazy folk with a collection of instruments (glockenspiel, ocarina, wah-wah banjo, guitar and mando, etc.). They're friends with The Bucky Walters, folk road warrior John Craigie and The Lonesome Roses (with Claire Hashem-Hanlon and Chris Parreira, who tied for "Best Solo Musician" in Humboldt). Chris says you can expect "lots of overlap between all acts" when they play at the Arcata Playhouse next Wednesday.

This is also Earthdance weekend. The Global Dance Festival for Peace parted ways with Black Oak Ranch last year and found a new home at the Solano County Fairgrounds near Vallejo. (Yes, you can camp there, on a golf course.) Six stages and dozens of acts, among them, Balkan Beat Box (Friday), Ziggy Marley (Saturday), and Brett Dennen (Sunday). Gaudi, Tipper and Mimosa are among many in the all night Electronica Temple; there are even yoga stars leading Yoga for Peace workshops if that's your thing. Peace is a good thing, so why not?