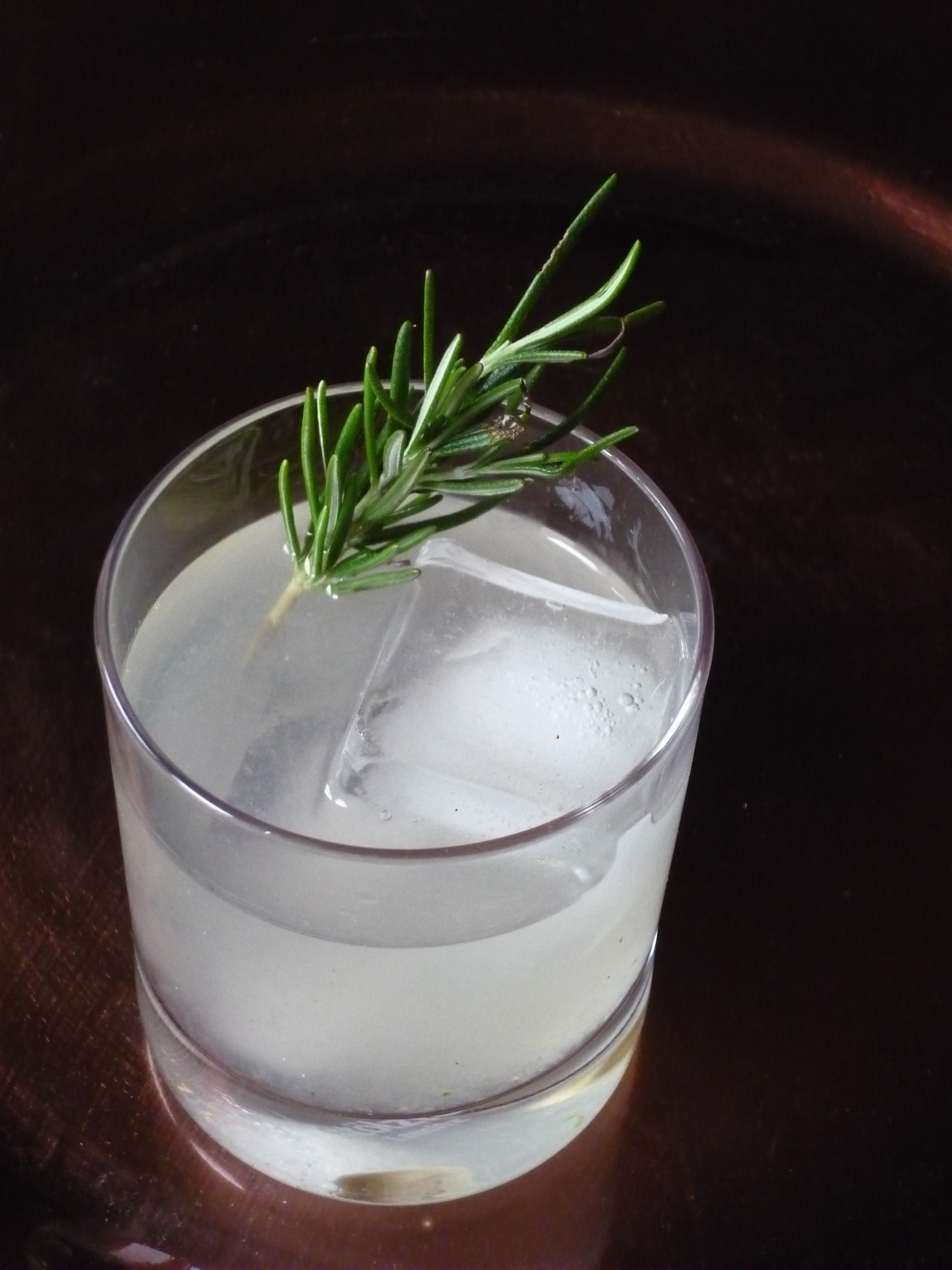 It is with great excitement that I report to you on the arrival of a new gin, a gin that cannot even properly be called gin because its predominant flavor is not juniper but -- are you ready? Sage.

That's right. Sage. It comes from the same clever people at Art in the Age who brought us Root, a liqueur inspired by traditional Pennsylvania Dutch recipes for root beer and birch bark beer. They also make a ginger liqueur called Snap and a rhubarb concoction called Rhubarb Tea, made in honor of early American botanist and friend of the founding fathers John Bartram.

Intriguing, right? So now they're doing Sage, a gin-like spirit created in honor of Thomas Jefferson's Monticello garden and his horticulturist Bernard McMahon. McMahon was charged with growing out the seeds and plants collected by Lewis and Clark on their expedition and with cataloging those plants. Angelica, dandelion, fennel, rosemary, sumac, thyme and -- of course -- sage are all ingredients in the drink.

Now, these dead-garden-celebrity endorsements might be a bit of a stretch -- it's not as if Thomas Jefferson and Bernard McMahon wrote out a recipe for sage gin and hid it in the basement until its exciting discovery earlier this year -- but I do admire the spirit of the whole enterprise. Anytime botanists get a little credit for their work, that's a good thing. And I'm wildly excited about these savory flavors ending up in a cocktail.

So let's run through some of the more piquant herbs you might grow for cocktails. In every case, remember that fresh leaves taste quite a bit different from dried leaves. You might hear that the flavor is more "concentrated" in dried leaves, but that isn't quite accurate: In fact, as the leaves are dried some of the more volatile flavor compounds evaporate, which usually means that the brighter floral, citrus and menthol notes drift away while the warmer, woodsier flavors remain. That's why I prefer fresh leaves in a drink, but let your own taste guide you.

Sage: The sage to grow is Salvia officinalis, often sold as common sage, garden sage or culinary sage. You'll see burgundy, gold and variegated varieties sold in garden centers, but if you're serious about growing this plant for its flavor, stick with the ordinary silvery-blue variety. I like a cultivar called "Grower's Friend" because it rarely blooms. The level of essential oil drops after blooming -- this is true of many herbs -- so pinching back flower buds becomes a chore if you want more leaves for cooking and cocktailing.

Plant sage in full sun or afternoon shade, and don't fuss too much over the soil -- it actually tastes better if it's grown in lean, sandy, dry soil. It's hardy to about 0 degrees F, and with a glass cloche or some other kind of frost protection it might even tolerate lower winter temps. In spring, wait until you see new leaves unfurling, then cut the old, dead wood down to where the new growth is starting. Sage is not a long-lived plant -- you'll want to replace it after about four years. Oh, and it's particularly good in tequila drinks.

Rosemary: If you live in our mild West Coast climate, rosemary is practically a weed. Just buy a plant and stick it in the ground and you'll have it forever. In fact, it takes temperatures below about minus 20F to kill it. Look for the upright form of rosemary, not the trailing groundcover variety. The favorites among chefs are "Tuscan Blue" with its wide, aromatic leaves, "Roman Beauty," a compact variety bred to have higher essential oil content (also sold as "Chef's Choice") and "Arp," which is the most cold hardy of the bunch. If you're really crazy about rosemary, "Spice Island" was once grown for commercial production and reaches 6 feet tall. The plant needs practically no care -- just give it full sun, minimal water, and clip it to whatever shape you please. Rosemary and watermelon are surprisingly good together in tequila-based drinks.

Thyme: Many varieties of thyme have been bred to work as groundcovers rather than as culinary herbs, so look for Thymus vularis, also sold as common thyme, if you're after flavor. The citrusy T. citriodorus "Aureus" is another good choice. Both are hardy to about minus 15F. They prefer sun but will tolerate light shade and don't require much water or rich soil. The tiny leaves of thyme can be stripped off the stem, but in a cocktail, you're better off just throwing the whole sprig in the shaker. Add thyme to any cocktail that calls for grapefruit.

Savory: I'm referring here to winter savory, Satureja montana, not summer savory, S. hortensis. The summer type is used in fresh salads and sandwiches and is perhaps more comparable to parsley or lovage. Put that in a drink if you want to; I'm not going to stop you. But I'm talking here about the winter type, which is a tough, woody, perennial herb more similar to rosemary. Give it sun or light shade, ordinary soil and just a little water. Use savory in drinks mixed with tomatoes or red peppers.

Oregano: This herb has also been bred for its looks as well as its flavor, so choose carefully. In the garden center, just brush the leaves and see if the fragrance works for you as a food or drink ingredient. Origanum vulgare is the most common culinary species: the subspecies O. vulgare hirtum, called Greek oregano, is popular among chefs. "Jim Best" is a yellow-leaved variety also grown for its flavor. Other species you might experiment with include O. dictamnus, also known as Dittany of Crete or hop marjoram, and two other marjorams, O. majorana and O x majoricum. All have similarly spicy, savory flavors. Try smashing oregano and cucumber together in the cocktail shaker, and then mix a dry martini with it.

Tarragon: Because of its mint and anise flavors, tarragon makes an interesting cocktail ingredient. You're looking for Artemisia dracunculus -- and yes, absinthe drinkers, this is, in fact, a relative of wormwood, the artemisia species that flavors absinthe. Give it sun and soil on the dry side and protect it from temperatures below about minus 20F. Try crushing a little tarragon into a mint julep for a spicier version.

Here's a simple gin drink (substitute vodka if you must) that will get you experimenting with herbs in simple syrup. It's a popular cocktail that goes by many names; I'm naming it after a rosemary cultivar.

To make rosemary simple syrup, combine equal parts sugar and water in a pan along with several springs of chopped leaves. Bring to a boil so the sugar dissolves, then allow to cool and infuse for at least 45 minutes. Strain before using.

Combine the first three ingredients in a cocktail shaker and shake over ice. Strain into a tumbler filled with ice, top with club soda and garnish with a sprig of rosemary.