Hold Onto Your Coat 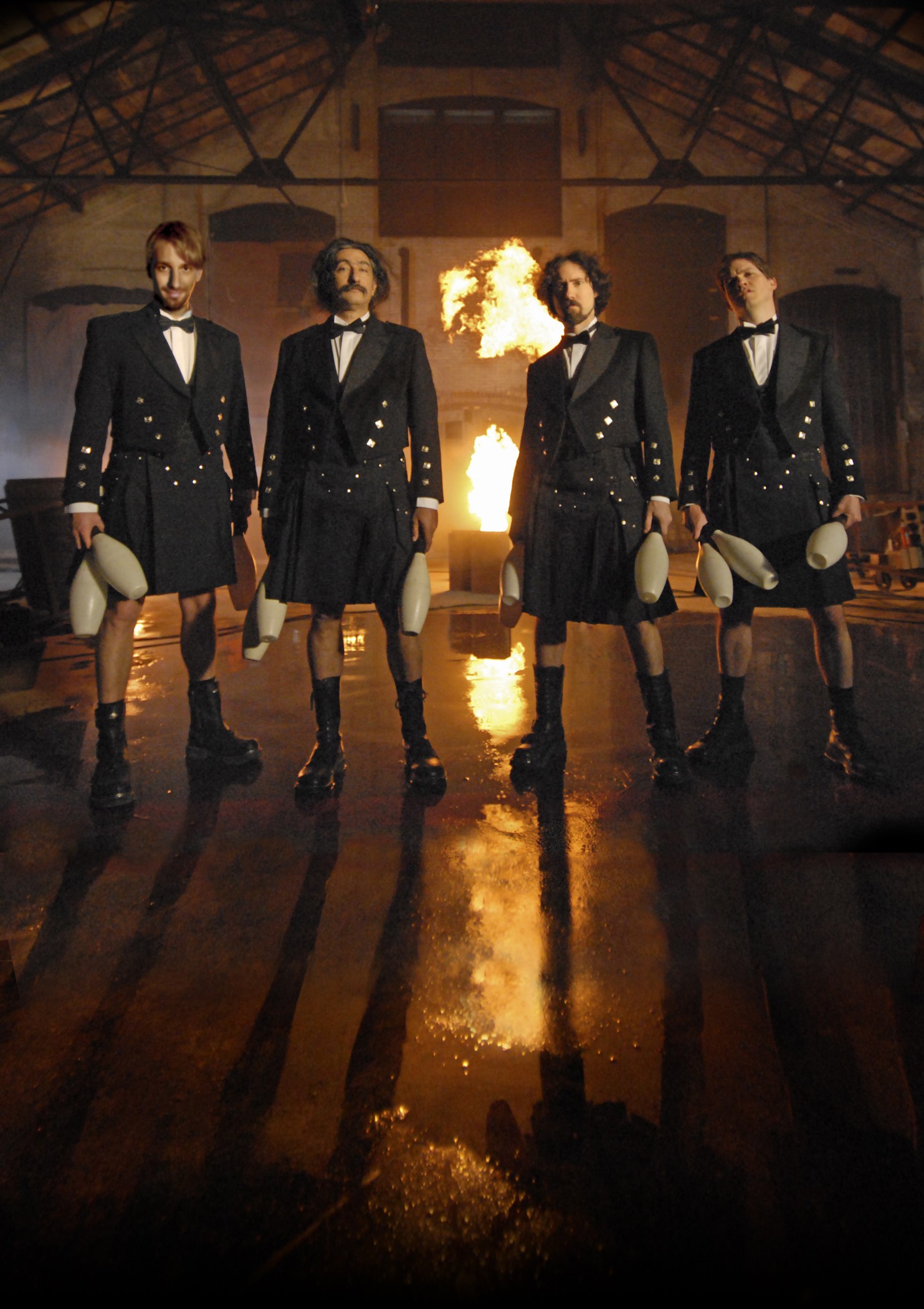 Whether you know it or not, odds are you've caught a glimpse of The Flying Karamazov Brothers before. Founded in Santa Cruz more than 25 years ago, they've worked as street performers and performed on Broadway. They juggled in the film The Jewel of the Nile, and once juggle-jammed with the Grateful Dead. More recently members of the troupe were a part of the New Old Time Chautauqua that rolled through the Mateel in July.

But even if you missed that show, and the others, I'd bet you my jacket that you've at least seen a brief example of their slapstick antics before. That is, if you've owned a TV in the last 15 years.

In the Seinfeld episode "The Friars Club," Jerry attends a performance given by "The Flying Santos Brothers" (played by the Karamozovs). During the show, one of the F-Brothers climbs into the elevated theater box where Jerry is sitting and asks for his jacket for a trick. Jerry reluctantly complies -- the jacket is, of course, on loan from New York's prestigious Friars comedy club -- as the brother informs the audience that he's about to make the garment disappear. He then throws the jacket into the audience. Ta-da!

While that gag is not likely to be included in The Flying Karamazov Brothers' Thursday, Jan. 13 performance at HSU -- ‘cuz, ya know, the Van Duzer Theater doesn't have luxury boxes -- it does give an example of the irreverent humor of their stage show. Heavy on dancing, juggling and Marx Brothers-ish, punny one-liners, the FKB experience is tailored to be kid-friendly while still being adult-engaging.

The show starts at a bedtime-friendly 7 p.m. and tickets are $45, $35 for seniors/kids or $25 for HSU students. For more info, go to www.humboldt.edu/centerarts and/or www.fkb.com. Don't give ‘em your coat!