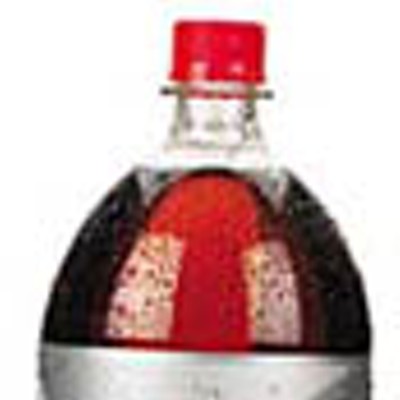 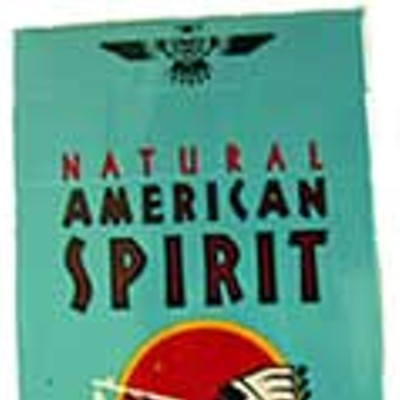 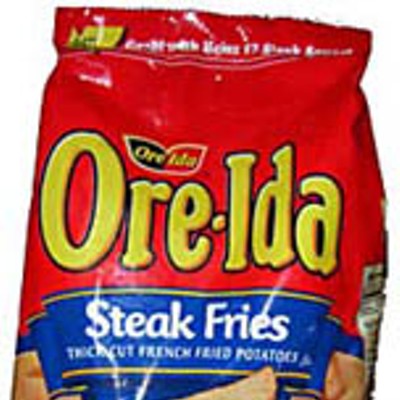 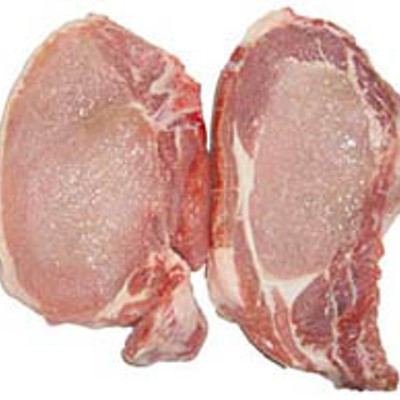 The actors, the characters and the plot are all long forgotten, but there's one scene of a movie that has stuck with me. A man - a chef, or at least a good cook - is world-weary and physically exhausted, but hungry. He goes to the refrigerator and pulls out a steak. He takes out a frying pan and a little bit of oil, and in a few minutes fries the steak to perfection. He slips the steak to a plate, sits down at a table and eats it. Alone.

This scene flashes back to my memory to remind me that I have never been a good cook. I have my tiny repertoire of dishes that I can pull off with some degree of credibility, but the basic alchemy of the art has always escaped me. That guy with the steak knew his business. The heat reacts with the steak in precisely this way. You cook it this much and no more. When applied to the carnal joys of a good meal, that cold-blooded suavity of technique is damned appealing. In skilled hands, a plain, unadulterated cut of meat becomes a feast for the ages.

As I said, I have my little repertoire - casseroles, stir fries, salads of various sorts. My wife and I have been together 10 years, and for almost all that time she has been a fairly strict ovo-lacto vegetarian. Before I met her, I lived almost exclusively on takeout burritos. Since I met her, I have been encouraged to try my hand at the stove. I've acquired some facility, but I have never made any headway on meats. The few attempts I have made over the years have been, almost without exception, unmitigated failures. Once, having scoured the recipe books for that movie chef's secret, I attempted a stovetop steak for my grandmother. It is a measure of her love for me that she managed to eat nearly half of it. I myself had difficulty slicing the thing, even with strong arms and a sharp knife.

My family left town for a few days last week, and, as it often does when there are no vegetarians in the house, the scene from that forgotten movie came back to me. I resolved to make another effort.

So on my way home from work I made a stop at Myrtle Avenue Market, which is not too far off my route. I browsed the steaks for some time. My primary criteria was that the cut should be relatively thin; I imagined that a thick steak wouldn't work well in the frying pan. I settled on a T-bone, and as it was being wrapped I impulsively ordered a couple of small pork chops to boot. My family would be gone for two nights.

Then it was on to the side dish. The good people at Myrtle Avenue Market, I noted, had in stock a bewildering number of variations on my side dish of choice - namely, the Ore-Ida brand frozen potato product. There were tots, there were hash browns, there were crinkle-cut fries. I decided to go with the thick "steak fries," thinking that they would provide a more authentic steak-and-potato experience. From there, all I needed to complete the perfect meal was a two-liter bottle of Diet Coke and a fresh pack of cigarettes for dessert. I walked back to my car about $20 poorer, but with high hopes for the evening to come.

Once home, I placated the cats with a can of Natural Value Albacore 'N' Tuna, poured myself my first glass of soda (over homemade ice) and logged onto the Internet to look for instructions. I quickly found just what I was looking for at the Food Network: a recipe for what they were calling "Pan Seared T-Bone Steak."

The method would be slightly different than the one I had seen in the movies. The steak was to be fried for four minutes on each side, then finished in the oven for another eight minutes. Then it was to sit for 10 minutes on a bread board, while its stored heat would continue to cook it. The Ore-Idas, I noted, were to be cooked at the same temperature as the steak - 450 degrees - for 18 minutes. Thus, I reasoned, if the potatoes went in the oven at the same time as the steak, they would be finished at the precise moment the meat finished stewing in its own juices.

I preheated the oven, turned on "All Things Considered" and set about laying the Ore-Idas in single file upon a baking sheet. Then I put a sturdy frying pan with one tablespoon of canola oil on high heat, refreshed my drink and retired to the backyard for a cigarette. When I came back the oil was smoking, meaning it was time to set the egg timer and plump down the steak. The meat emitted a pleasing sizzle. When four minutes were up, I flipped the steak and noted that the cooked side seemed to have gone a little past "browned." In spots, in was black; in others, it was the deep umber of wet redwood bark. Also, it had curled up, leaving a concavity in its center once it was flipped. I grabbed a spatula and tamped it down. Another four minutes passed, and it was ready to transfer to the oven.

Here I ran into difficulty. Our oven has only one rack, and I soon discovered that the steak pan and the baking sheet containing the potatoes did not quite fit it. The oven door hung open ever so slightly. But the problem was remedied; by moving the baking sheet to the front, I was able to ram the door closed. This action crimped the baking sheet, bending it on one edge, but I deemed it a small sacrifice. For good measure, I pushed to the right a mysterious lever, located between the stovetop and the oven door, which locked the oven shut. I reset the egg timer and went out for cigarette No. 2.

When I came back in about five minutes later, I thought I'd check my handiwork. This is when I discovered, to my shock, that the lever would not release. I cajoled it, pulled it, yanked it until the metal began to bend. Then I realized the depth of my error. This very thing had happened a year or two ago. On that occasion, we lost use of the oven for a couple of weeks, until my sister-in-law engineered a now-forgotten fix. We had come to realize that the lever wasn't a cooking tool at all, but a trigger for the oven's self-cleaning cycle.

The present situation was grave but not, I felt, insuperable. I merely had to retrace the steps my sister-in-law would have taken. I lifted the stovetop, propped it up with a soup pot and fished down into the guts of the oven with a butter knife. The latch holding the door was quickly located, but it refused to budge. I nevertheless continued on this tack for a couple of minutes, figuring that it offered my best chance. Eventually I remembered to turn the oven off. Then I stepped back to evaluate my options.

I found a series of screws on the top of the oven door, just visible beneath a perforated flap extending from the body of the oven. The screws seemed to hold down a cosmetic sheet-metal panel. If the panel were removed, the space created might afford a more direct attack on the latch. I retrieved my Allied Homeowners' Tool Set from the pantry, bent up the flap with my hands, downed a gulp of soda and set to work with a Phillips-head screwdriver.

Unfortunately, it became clear that the "panel" I was working to detach was not a self-contained panel at all; rather, it belonged to the door's faceplate. Further screws along the sides would need to removed as well. Luckily, they were easily accessible, and I had the faceplate completely dismantled in a matter of minutes. The business end of the latch stood naked before me - a steel hook poking through a slit, holding fast what remained of the oven door. I tried to lever the hook back into the slit with a flat-head screwdriver, unsuccessfully. I then tried to tap it back into place with a small hammer. It didn't move a millimeter.

Victory was within reach, though. The Allied Homeowners' Tool Set didn't contain a pair of pliers, but I remembered that I had a pair of Craftsmans in the garage. I scurried to retrieve them, resisting a strong urge to light another cigarette en route. Once pliers were in hand, I bent the hook back upon itself, then squeezed the steel together to allow it to slip easily through the slit in the door.

I removed the T-bone from the still-warm oven and set it to rest on the bread board, as previously planned. Then I fired the oven back up to finish off the Ore-Idas. I again refreshed my soda. When the potatoes looked done, I plated them next to the steak, and added a generous helping of Hunt's Tomato Ketchup and some kosher salt. The moment of truth had arrived.

I do not usually prefer my meat well-done. The T-bone had lost all blush of pinkness, even in the center. However, it was still uncommonly good -- juicy, tender, everything I could have wished for. The Ore-Idas had a crisp exterior, but were more starchy on the inside than would have been ideal. The ketchup was tart and tangy. The Diet Coke was Diet Coke.

Pork chops, I have discovered, are a much simpler affair. As I was cooking them the next night, my mother happened to call. She told me to turn the heat down to five, so I did. It turned out to be excellent advice.