The Mustang and Homecoming 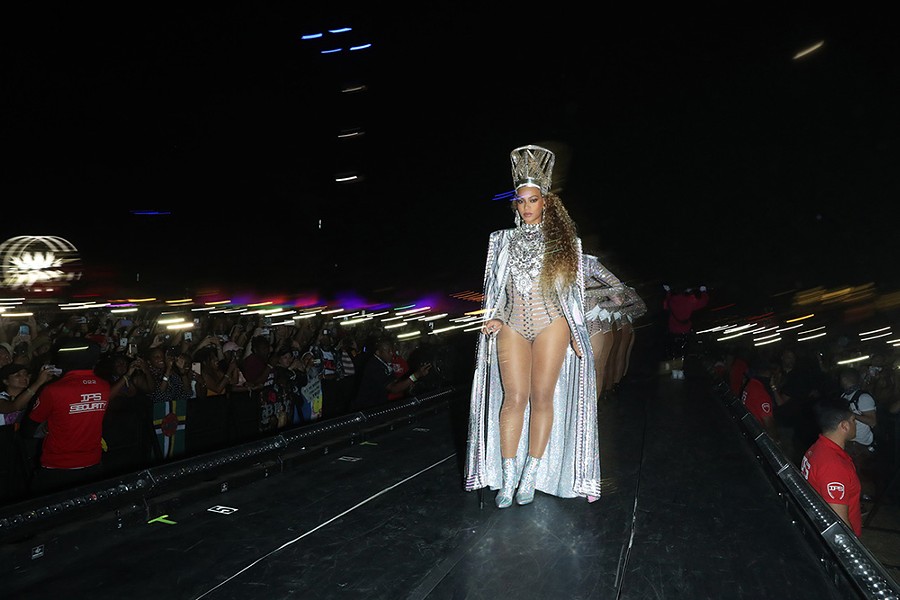 Homecoming: A Film by Beyoncé When the invitation says "causual dress."

THE MUSTANG. Hope isn't the word for it, really, but then one should hardly go looking for hope in a prison movie. (Sorry, Shawshank fans). But The Mustang, the feature debut from Laure de Clermont-Tonnerre, contains notes of such delicacy and authenticity, setting connection and kindness against the cruelty and debasement of captivity, that it creates a measured uplift — cautious optimism when hope might be too much to ask for.

Adapted by the French director from her own short Rabbit (2014) with writers Mona Fastvold (Norwegian) and Brock Norman Brock (British) — who, with Nicolas Winding Refn, is responsible for the transcendent obscenity of Bronson, 2008, which introduced some of us to the great Tom Hardy — The Mustang tells a story that is on its face distinctly American but is universal in its specificity.

Roman Coleman (Matthias Schoenaerts), recently released from isolation back into the general population in an unnamed prison in the Nevada desert, is an angry man among angry men. Serving a sentence of indeterminate length for a vicious assault, he is defined by frustration, rage and distance. All-but estranged from his daughter (Gideon Adlon), with whom he, in his shame and fury, can barely hold a conversation when she visits him to sue for emancipation, Roman is alone, burrowing ever deeper into the comfortless security of self.

But then, either by happenstance or the fortitude and foresight of the prison psychologist (Connie Britton), he is assigned a work detail maintaining the grounds of the facility. This brings him into contact with the prison's horsemanship program, overseen by a crotchety but compassionate old cowboy (Bruce Dern). In the program, inmates are charged with the task of breaking and training wild mustangs captured by the Bureau of Land Management, which are in turn sold at auction, primarily to law enforcement agencies. The real benefit of the program, though, lies in the deeply therapeutic connection between each man and the animal in his charge. Roman, in particular, has to confront the reality that he cannot approach a wild horse in anger, particularly if he wants to get past the introduction. He has to let his guard down, move past his frustration and conditioned rage response. He must allow himself to be vulnerable and open in order to establish any sort of trusting relationship with the horse. Tough stuff for almost anybody, arguably tougher for those prone to rage and violence, and trained to embrace them by incarceration.

The hopeful trajectory of Roman's work with his mustang is, of course, tempered by the imposed realities of prison life. His evil cellmate forces him to smuggle ketamine out of the vet shed with threats of violence to his daughter; his friendship with the charming star of the horse program, Henry (Jason Mitchell) ends in an abrupt and devastating fashion. For every faltering step forward, Roman seems to be set back another three.

And so I cannot say The Mustang is suffused or even tinged with hope; it may be too honest for that. Instead the narrative and the performances manage to distort time: Roman's days with his horse stretch out and expand into the fullness of the desert sky, becoming larger than the circumstances of confinement that created them. Schoenaerts crafts a performance that gradually reveals an opening up of Roman's emotional life, albeit a closely guarded one. There is in it, as in all of the excellent acting on display here, a balance of kindness and cruelty that is reflected, heartbreakingly, in both the movie's narrative and its visuals. R. 96M. MINOR.

HOMECOMING: A FILM BY BEYONCÉ. When she asked "Who run the world?" we all knew how to answer. With this, though, it becomes clear that it's one girl in particular, indisputably: Beyoncé, Culture Queen.

Largely a concert film, Homecoming details the grueling, invigorating process Mrs. Knowles-Carter undertook after she accepted an offer to headline the Coachella Valley Music and Arts Festival in 2018. Having very recently given birth to twins, she committed to an outrageously rigorous dietary and training regime to get back to fighting shape, simultaneously acting as creative director for her unbelievably epic stage show, which she also conceived an as indelible celebration of African-American culture. She drew on the stepping and drumline traditions of historically black colleges and universities, incorporating them into an intricately choreographed extravaganza equally informed by her two-decade-plus reign atop the world of pop music.

With candid behind the scenes footage and deceptively casual interview-style narration, Knowles-Carter brings us into the eight-month, three-soundstage process of assembling her vision for the closing night performance. It's a herculean effort but a joyous and vital one, completely justified by the show itself. For two hours, through costume changes and soaring crane-work, dance-breaks and guest appearances, she creates something unlike anything else. Ever. Watching it, even a year later, on a screen at home instead of in the desert with a live crowd, it feels as if the whole world has stopped to watch it, too. TVMA. 137M. NETFLIX.

AMAZING GRACE. A documentary with footage of Aretha Franklin singing with a choir in Watts in 1972. G. 89M. MINOR.

AVENGERS: ENDGAME. What remains of the team reassembles after Thanos' snap. You made it through all the Harry Potter and Lord of the Rings movies. It's only three hours. You can do this. PG13. 181M. BROADWAY, FORTUNA, MILL CREEK, MINOR.

APOLLO 11. Documentary about the moon mission with Neil Armstong, Michael Collins and Buzz Aldrin, who will apparently still punch you in the face if you insist it was faked. G. 93M. MINIPLEX.

BIRDS OF PASSAGE. Drama about an indigenous family's disastrous entanglement with a drug war in Colombia. Starring Carmiña Martínez and José Acosta. In Spanish and Wayuu with subtitles. NR. 125M. MINIPLEX.

BREAKTHROUGH. Drama about a boy whose pulse returned an hour after drowning, apparently through the power of prayer. Starring Chrissy Metz. PG. 116M. BROADWAY.

HELLBOY. David Harbour takes up the horns in this gory reboot with Ian McShane as his father figure and Milla Jovovich as the recently reconstituted Blood Queen they must battle amid convoluted Brit mythology and competent but uninspired CGI. R. 121M. BROADWAY, FORTUNA.

PENGUINS. Ed Helms narrates a Disney Nature movie about Steve the penguin finding a mate, building a nest and raising a family in the Arctic. G. 76M. BROADWAY.