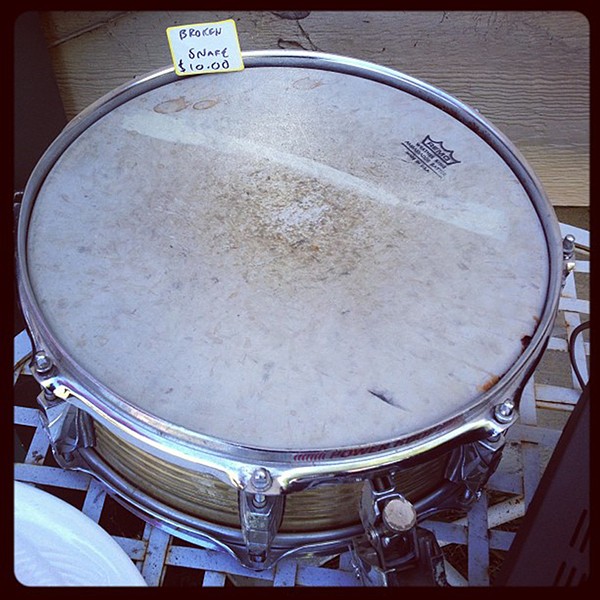 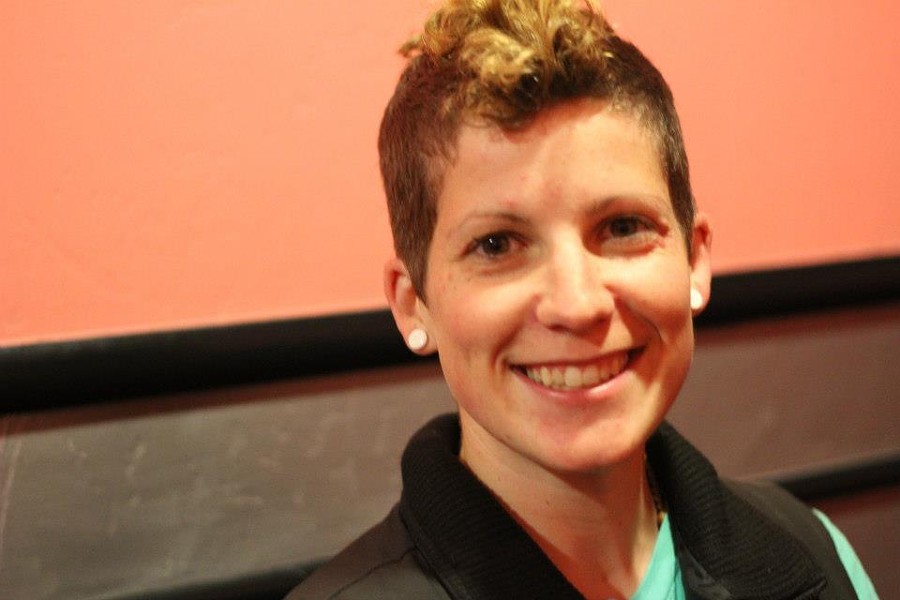 You've probably heard of the six degrees of separation friend-of-a-friend theory (and the six degrees of Kevin Bacon game). Essentially it says that we're all a few steps away from direct social connection. I'd say the digital/social networking era is shrinking that number in many ways, but that's a discussion for another day.

Added bonus: the Brazilian-style dance troupe Samba na Chuva is also part of the very tropical event. Extra-added bonus, noted by Tricia: "Dr. Eugene Novotney (of the Humboldt Calypso Band and director of percussion at HSU) will be playing with Steel Standing for this show!"

An unusual triple bill Thursday night at the Arcata Playhouse: the alt. garage rock girl group cover band The Lost Luvs along with local folky duo Mo Hollis and Morgan Corviday with DJ Zephyr from The Works spinning tunes before, after and/or in between. As noted in a press release, "This event is a fundraiser for the Coastal Grove Fourth Grade Class PTO to help pay for a trip to Wolf Creek in the fall." Um, what? Why? Well, "The amazing artists that will be performing are parents of students in the class." (At least some of them are) As you might guess, this is a family-friendly all-ages affair. Since it's a school night, it starts early and ends early. And to help with the fundraising: "A raffle will be held for items that are appropriate for Mother's Day!"

I believe we've heard this "I'm-done" threat before from DJ Red. He's spinning '80s records at the Jambalaya Thursday with his "old pal" Gabriel Groom, and he says, "This is my first '80s night in forever and could quite possibly be my last one, so people who love dancing to '80s music don't want to miss this. Gabe and I are a rare specimen of DJ, as we actually remember (sometimes all-too-vividly) that Day-Glo-leg-wearing, big-haired decade," as opposed to youngsters who were not even born yet, but somehow feel nostalgia for the look and music of that bygone era.

For up-to-the-minute dance music you have a couple of choices on Thursday. Nocturnum has a big show featuring MartyParty, a South Africa-born, Brooklyn-based purveyor of "purple" bass music combining dubstep, futurebass, hip hop and trap into an instant dance party soundtrack. He's half of the duo PANTyRaid with Ooah, who apparently is off partying elsewhere. (PANTyRaid is about to drop a new album, PillowTalk, and hit the summer festival circuit.) Joining Marty on this short tour: San Francisco's Noah D, another producer/remixer of bass-heavy music. Also on the bill: Dub Specialist — whose name explains his specialty. Too broke to pay admission? We have a pair of tickets to this show. Head over to the Journal's new website and leave a comment below the Hum making a good case for why you need to party with MartyParty. If you win we'll put you on the guest list.

That other choice? Something new on the local EDM scene: the weekly #MongolianNights at Masaki's in Arcata. Data-Blend is curating, this week featuring Choongum from S.F. and Dat-1 from Arcata, plus "a very special guest that will blow the crowd away" who's first up at 10:30 p.m. Looks like this will be a weekly thing Thursdays, just like Ooze System's Whomp Whomp Wednesday at Nocturnum (this week featuring Luminaries plus WWW residents) and Deep Groove Society's Sundaze at the Jambalaya.

Friday at the Logger Bar, catch the fun-time gal group The Brendas. This is the perfect venue for this band since it's named for the Logger's former bartender.

A double dose of rock and/or roll Friday in the Eureka Inn's swanky Palm Lounge: neo-Americana from The Trouble and alt. something-or-other from Strix Vega.

This is the second Friday in the month, which means another Arts! Arcata and music all over town. My good friend (and KHSU radio cohort) Vinny DeVaney is playing at Northtown Books that night with some version of Medicine Baul. Vinny has been experimenting with a couple of old-fashioned instruments, the hurdy gurdy and the harmonium, running their droning sounds through a Kaoss Pad. Or, if you want something more traditional, The Compost Mountain Boys are playing bluegrass down the street at Garden Gate.

For traditional music of a quite different sort, there's LYRA, a haunting a cappella vocal quintet from St. Petersburg, Russia, singing Friday at St. Alban's Episcopal Church in Arcata. The first portion of the concert focuses on sacred music of the Russian Orthodox Church, with pieces by little-known Russian composers of the 18th through 20th centuries, along with works by Tchaikovsky, Stravinsky and others. Part two shifts to Russian folk songs, which are not like American folk songs.

Accurate Productions launches a new weekly dance night at Angelina Inn it's calling MIXOLOGY, mixing EDM, dubstep, hip hop and trap. They promise "Accurate DJs vs. a live percussionist" and "things you will like," like music videos and an "intelligent lightshow w/laser." Suggested dress style: "Rave," whatever that means (I'm also not clear what makes a lightshow "intelligent," but, whatever).

Post-Arts! Arcata (or post-Russian vocal concert) there's an after party at the Jambalaya with self-described "nu gay™ stoner rap" combo Body Academics. The band's latest homemade disc, girlpants // spookytown spaghetteria™, was my favorite acquisition on Record Store Day. It's more pop than rap, lots of unusual things going on. Pressure Anya spins when the band's not on. Be prepared to dance.

Speaking of Pressure Anya, the duo is part of Global Bass Soundclash, a big to-do Saturday night at the Arcata Theatre Lounge with PsyFi, DJ Marjo Lak (of Butter Music Brazil), VJ Zero One, with "visuals from Bollywood to Jamaica" and "multi-cultural dancers" Megz Madrone, Marjhani BellaMorte, Tribal Oasis and Ophelia. To preview the show, Pressure Anya will be spinning records near the William McKinley statue in the middle of the Arcata Plaza during Arts! Arcata. Awesome!

Hold on, isn't there a reggae show somewhere? Of course there is: Friday at the Red Fox, Midnight Sun Massive from Sonoma plays a mix of reggae, soca and calypso with special guest (from Humboldt) Madi Simmons.

Thinking about taking your mom out on Sunday morning? Brett (The Truck) Schuler is cooking at the Emma Center Mother's Day Brunch at the Bayside Grange and there's music and dancing: It starts with Bangarang (formerly Kombucha Brothers), followed by the world music band Musaic with dancing by Shoshanna; flautist/guitarist Mihael Kavanaugh; and songwriters Sierra Rose and Jeff Kelly, who has a set in mind dedicated to his mom. They'll also have the usual silent and Dutch auctions, all benefiting Emma Center's programs to help moms and other women heal following traumatic times.

Hey, don't forget to at least call your mom.