How to Write a Sentence and How to Read One 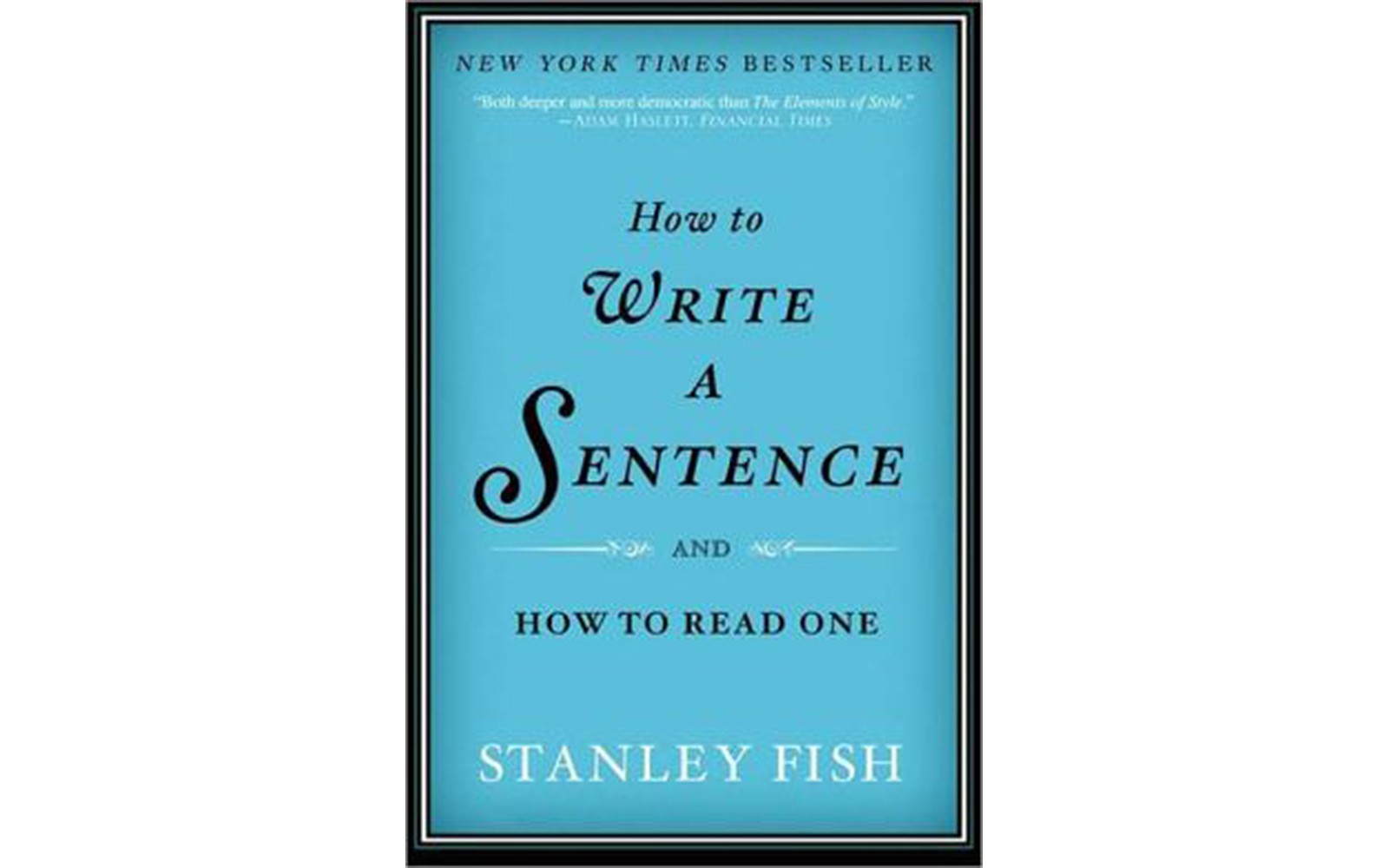 "Surely mankind's greatest invention is the sentence," asserts Irish writer John Banville, and he'll get no argument from me. For writers trying to orchestrate the elements of a novel, story, screenplay, report, memoir or other form, it's good advice as well as good practice to remember the prime importance of the first construction: the sentence.

In this best-selling, self-proclaimed "how to," Stanley Fish repeats the question that every would-be writer must answer affirmatively: Do you like sentences? Fish claims that he loves sentences, and offers some of his favorites. And that's when my smile starts to turn upside down. His examples of great sentences are largely mediocre (one of the authors is Justice A. Scalia) and his own sentences are often awkward. (He could also use a little help with his paragraphs.)

But Scalia is a clue. Fish (the back cover bio says) is a professor of law, as well as an author and columnist. Like a lawyer he begins by making an adversarial case, going after his most famous competitor, Strunk and White's classic The Elements of Style. They take for granted their readers know how to write sentences, he asserts, so they don't deal with how to write a good one. While it's true that Strunk emphasizes paragraph construction, he (and especially White) actually do say a great deal about the elements of good sentences -- and they say it more clearly and succinctly than Fish does. Their "rules" are still valid, and still needed.

Fish claims to go "deeper" into sentence structure, and while some of his observations are valid and cogent, most seem abstruse and unhelpful. I'm not sure why anyone would want to write many kinds of sentences he so painfully deconstructs, especially those that seem to be little more than delivery systems for rhetoric. They might be helpful for decorating a legal opinion, or a final argument in a trial.

This is very academic and theoretical for a "how to" book, and yet it is also enigmatic in content and presentation. Fish emphasizes structure but undervalues the importance of the right words, their spontaneous play and music. Read the first few pages of a novel by Jim Harrison, Richard Powers, our own Jim Dodge (for example), for strong sentences that sing and still do good work.

Good sentences are elegant ecosystems, but they don't live in isolation -- they are part of larger ecosystems, of paragraphs and beyond. Part of their work is to urge the reader on, to explore further, to take the next step, into the next sentence.

While almost any book on writing can be of value to somebody, I would advise caution with this one, even if it is a best-seller.