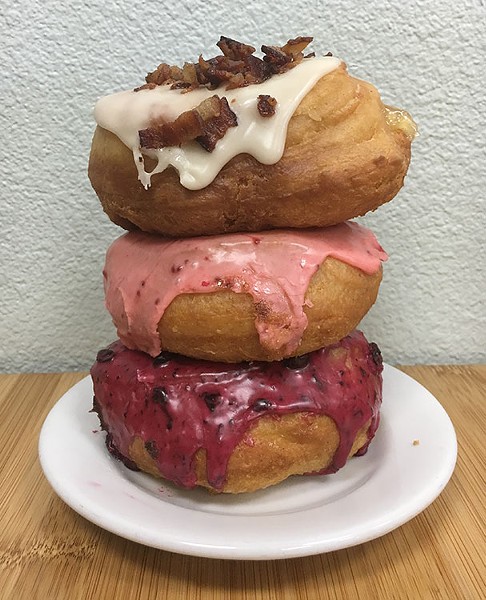 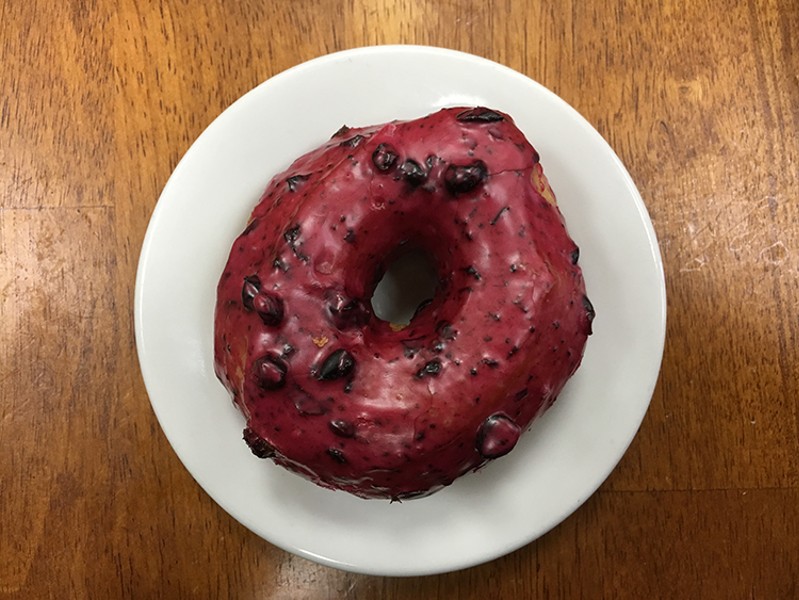 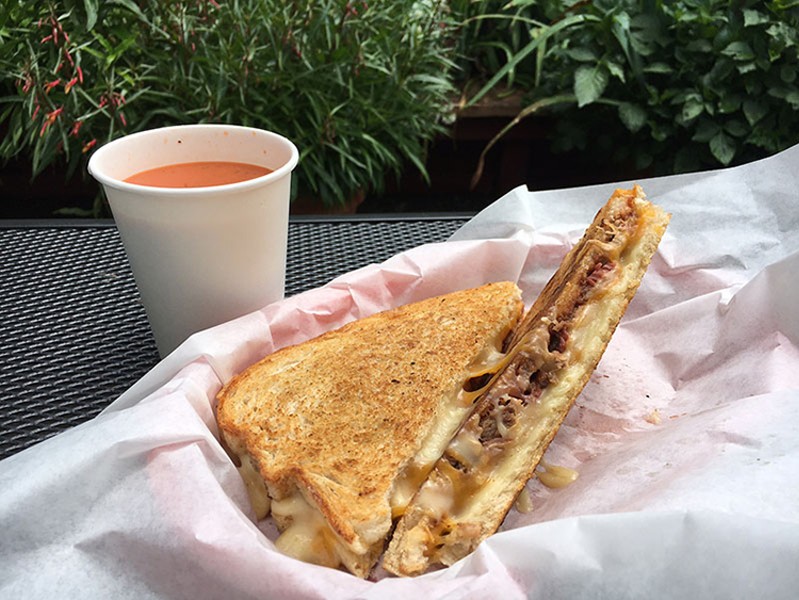 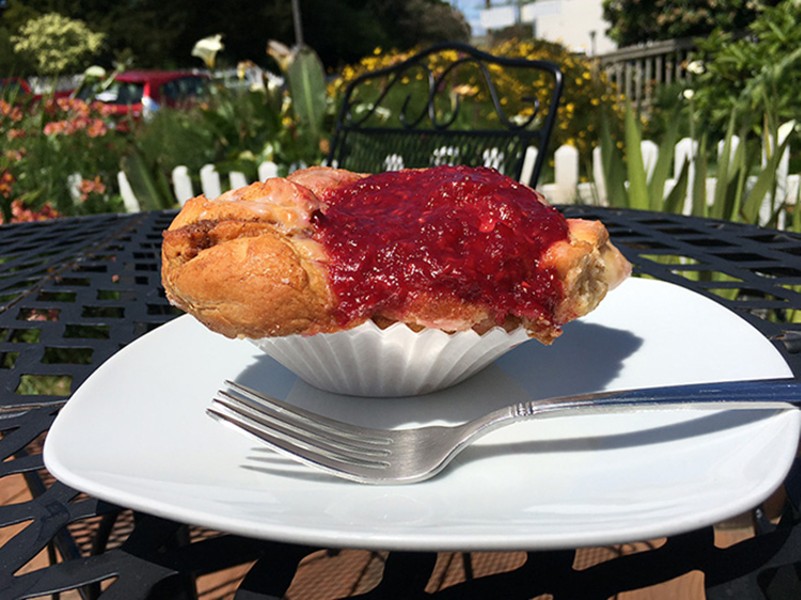 Sit-down doughnut options are too few and far between. And yet the doughnut should be a legitimate breakfast option alongside bacon and eggs, pancakes and waffles. Drive-thru doughnut shops are necessary because sometimes time is of the essence, people. But can we not give this glorious, unifying food that crosses all social and political boundaries its due with some plates and tablecloths?

McIntosh Farm Country Store (1264 Giuntoli Lane, Arcata) may not do tablecloths but it takes the humble doughnut seriously and allows you space to enjoy them with more dignity than your car or the office breakroom. The selection is limited but significant, fresh fruit glazes, lemon and apple fillings and cinnamon sugar among them ($1.99). The yeasty doughnuts themselves are springy, chewier and denser than the typical cake or old fashioned, with a crisp edge. The swipe of strawberry glaze is like the frosting incarnation of strawberry ice cream and the huckleberry is pleasingly tart with bits of berry. If you are torn between trying a doughnut or that plate of bacon and eggs, the maple glazed with none-too-sweet apple filling and pieces of crisp, still warm bacon on top has you covered ($2.50). And possibly covered if you don't eat carefully because that is a lot of filling.

On a recent visit, I nearly missed the pan of cinnamon rolls ($3.99) just out of the oven and cooling atop the pastry case. (PSA: Tall people, use your privilege in these moments to alert the small in stature to the presence of baked goods they might not be able to see. Thank you.) No icing required — they are soft, buttery spirals with an audible crunch of brown sugar.

Artisanal toast hasn't yet made its way past the Redwood Curtain but expect it soon. Just wait. Until then, you can work on grilled cheese.

The Artisan Cheese Factory, née Loleta Cheese Factory (252 Loleta Drive, Loleta), upped the ante on its bevy of samples when it opened the Queso Kings grilled cheese bar in the back of the shop. It's a no-brainer and it has saved the dignity of many. (Don't pretend you've never toothpicked your way through a pound of cheese samples one cubic centimeter at a time. We've all been there.)

The smoked beef in the Bay Area Brisket ($7) puts up no fight, pulling apart with the gentlest tug, and it comes swaddled in garlic Jack cheese, smoked cheddar and barbecue sauce on sourdough. The panini pressed bread has an audible buttery crunch and the thinness of the sandwich is deceiving. For another $4, you can add on the cookies or chips your mom would never put in your lunches and a cup of tomato soup, which is tangy with a nice dried basil flavor but comes in a coffee cup that's a little unwieldy, what with the long, architectural wedge of sandwich you're trying to dip.

Cross your fingers for sunny weather because the garden in the back — complete with a long table under an arbor and a scavenger hunt for the kids — turns your quick lunch into a garden party.

Let's not pretend names don't matter. This week Ferndale's favorite foodie son Guy Fieri revealed that his trademark Donkey Sauce — principal export of Flavortown — is just aioli. It's hard to know whether we should feel duped or just relieved on behalf of donkeys. And did aioli really need rebranding? Naming is a tricky business, the pitfalls of which include over-hyping and forced cheekiness. (See every cocktail you ordered when you turned 21.)

Humboldt Sweets Bakery and Cafe (614 Main Street, Ferndale), where Fieri and his Diners, Drive-Ins and Dives crew have filmed, sells out of its playfully named Knotty Buns ($5) if you don't get there early enough on the weekend. What appears to be a jam-topped brioche is actually a knot (we see what you did there) of cinnamon roll dough scraps — flaky at the edges, streaked with cinnamon and glaze — anchored by a cream cheese center and topped with a dollop of jammy raspberry sauce. It's a heavy kitchen sink of justifiably breakfast-y indulgences in a little paper cupcake liner. Does it live up to the naughty hype of its name? Once you give up on your fork and start pulling at the chunks of cinnamon roll, dabbing and scooping at the berry and cream cheese, your fingers sticky as a toddler's — yes. Yes, it does. Have it on the patio with its sweet backdrop of flowers, brazenly close to the church down the street.