Living a little at lunch 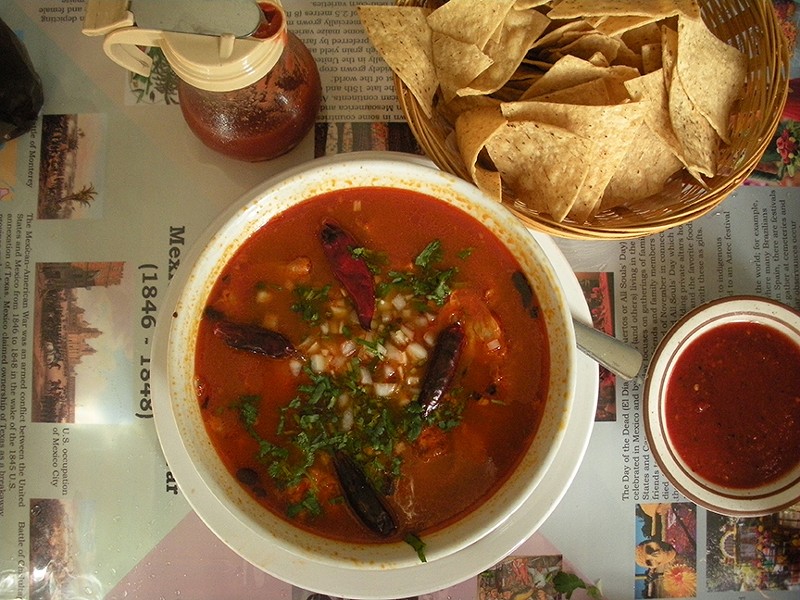 A brown bag lunch is a great idea. Very healthy, economical — but life is short. When you need to treat yourself (just once in a while, OK?), don't go halfway. Break free from the tyranny of turkey on wheat and think outside the bag a little.

T's Café has taken over the old Crosswinds location in Arcata (860 10th St.), whispering the three words we all love to hear: breakfast all day. And breakfast, as tipsters promised, is indeed the thing to do. Manhole-cover pancakes (banana pecan, apple cinnamon) went by as we waited for the Green Omelet ($9.50) and biscuit and gravy ($1.75 extra).

A staffing crisis slowed things down, but all was forgiven when the pesto-slathered omelet showed up stuffed with grilled veggies and melted cheese. The red skinned potato home fries were crusty and firm. You aren't going to make this for yourself. You just aren't. What was that word you learned for fluffy clouds in science class? Cumulonimbus! Such were the scratch-made biscuits that came with a dish of mild, soupy gravy that, while creamy, didn't make returning to bed seem like the only option.

Not Just for Hangovers

Menudo is Mexico's semi-official morning-after meal. The deep red soup of stewed tripe and hominy has been getting people right after a night of wrongs for years. Evidently tripe soup is a hangover cure in Turkey, too (just the thing to have in the wee hours after an evening of clubbing in Istanbul). Is it odd that something made from a cow's stomach should be so soothing to our own tummies? Don't think about it too much.

In fact, don't think about it at all. Just order the menudo at Chapala Café in Eureka (201 Second St.) — it's only on the menu for dinner, but they'll dish it up at lunch if you ask ($9). Not a tripe person? Skip ahead — there is no hope of conversion. Offal fans, as you were. The large bowl of velvety red broth, rich, soft tripe and hominy comes with chopped cilantro, onions and terrifying chiles (I have nothing to prove) to sweep into your soup. The tripe is pleasingly fatty, the little pockets soaking up all the flavor of the soup. Ask for lime if you want some, and split the bowl with a friend or bring some home. The broth is just spicy enough to warm you up, but it's up to you and those chiles if you want to break a sweat.

Let's talk about your last chicken pot pie. Was it frozen? Be honest. It's not your fault — those Stouffer's commercials make their sandy-crusted flying saucers seem like a homecoming, with the family around the table, the rising steam ... They never show the lonely person peering into the oven window or the tragic tongue-burn that makes a rubbery cube of what was once poultry even more bland.

While not strictly a potpie, the Chicken Puff Pie at Arcata's Café Brio would never do that to you ($11.85). The meat is tender, roasty chicken in a creamy sauce — that is, made with cream that you can taste and revel in and a little white wine — carrots, meaty mushrooms and potatoes. The stewy goodness runneth over from a buttery puff pastry "crown" with a hole punched out of the top layer. Hence the little pillbox hat on top. Because once you are having something rich, why not have it on what amounts to a croissant? And those fuschia rings on the salad? Pickled onion, not beets — a nice tart something to balance things out. And see? All those lonely feelings are gone.