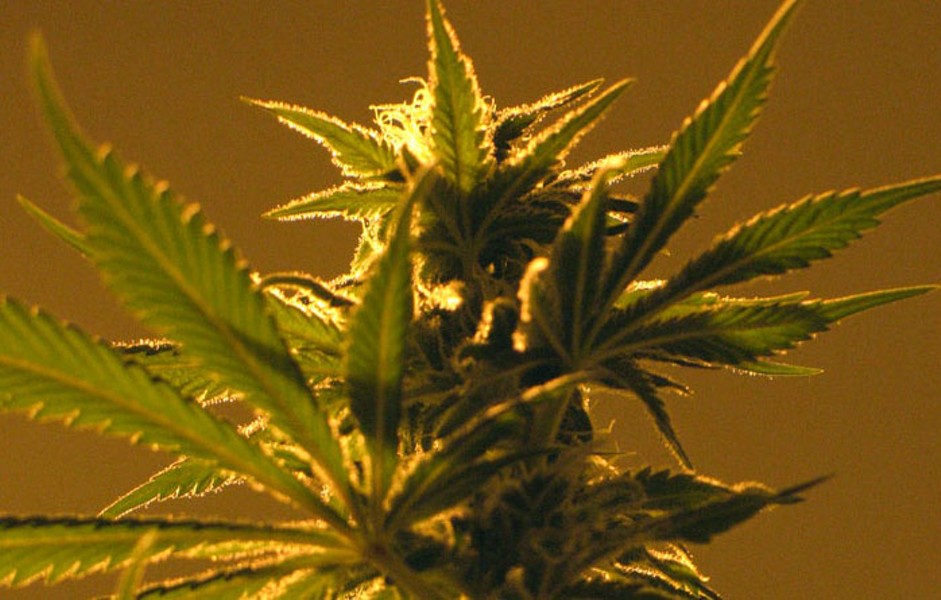 On last week's episode of "Cannabis Consciousness," a monthly marijuana program on KMUD, guest host Kevin Jodrey posed a heartfelt and faintly anguished question: How can Humboldt County's more conscientious marijuana cultivators — the innovators, the old-timers and the small-timers, people who care about the environment and their community — how can these folks get their stories heard when the media focus is on big-time busts, violence and environmental damage? Or, as blogger Kym Kemp put it in a promo post for the episode, "Why do Humboldt growers get such bad press?"

Two days later, a maintenance worker at Bridgeville Elementary School discovered that thieves had drained the school's 20,000-gallon water tank, forcing the campus to close. Ruminate on that for a sec. Some asshole(s) stole water from school children. And in rural Humboldt County there could only be one motive.

This kind of theft isn't rare. Residents of Weott recently awoke to loud banging sounds in the night because someone was draining water from the community's hillside tanks so rapidly it was creating suction in their pipes. Recently, volunteer firefighters in Honeydew had to remove the handle from the station's pump to deter thieves. And virtually every week lately the Sheriff's Office raids a grow that's been siphoning water from streams or rivers, leveling hillsides and scattering pesticides.

So, back to Jodrey's question. True, there are sustainable, community-minded growers out there. But even if we set aside debates over what makes individual stories newsworthy, the issue comes down to scale and proportion. The environmental impacts from one diesel spill, or one murdered member of a threatened species, dwarf those of a hundred backyard gardeners. The cumulative costs of depleted watersheds dwarf the benefits of some dank new crossbred strain. And the financial incentives for mega-grows dwarf the rewards for being small-scale and responsible. As long as that remains true (and as long as the federal government keeps squashing attempts at regulation, as it did in Mendocino County), the weed industry's ugly side will only get uglier.

Want to improve the reputation of Humboldt growers? Legalize it.

More from the week in weed:

• Hey, look! A new attempt at regulation! Emboldened by the recent Justice Department memo promising not to mess with well-regulated, state-legal pot operations, California lawmakers on Monday introduced Assembly Bill 604, the Medical Cannabis Regulation and Control Act. If adopted, the bill would put regulation in the hands of the Department of Alcoholic Beverage Control. But the clock is ticking. The bill needs to pass both houses by Friday's legislative deadline, after which Gov. Jerry Brown would have 12 days to sign it into law.

• In their eternal quest for suckers, scammers have latched onto the emerging weed investment market. The Financial Industry Regulatory Authority recently issued an alert about marijuana stock scams — "pump-and-dump" ploys to inflate stock values of weed businesses and then sell the stocks quickly for a profit.

• Denver football fans arrived at Mile High Stadium last week to find a massive billboard nearby showing a football leaned against an overflowing beer mug. "Stop driving players to drink!" it read. "A safer choice is now legal (here)." The sign was paid for by the Marijuana Policy Project, the country's largest pot-policy group, to protest the NFL's policy of suspending players who test positive for marijuana, even in Colorado where it's now legal.

• Speaking of the MPP, the group announced Monday that it will work to pass an initiative in California's 2016 general election to legalize, regulate and tax cannabis. A February Field Poll showed that California voters support weed-for-fun legalization by 54 percent to 43 percent.

• A multi-agency raid near Bridgeville Monday turned up two mega-grows. Officers seized about 375 pounds of harvested weed, more than 1,700 plants from seven huge greenhouses and more than $10,000 in cash, according to a press release. Both sites showed environmental damage, including stream diversions, road cuts, illegal timber harvesting and a drainage ditch that allowed raw human sewage to flow into Little Larabee Creek. Sixteen people were arrested.