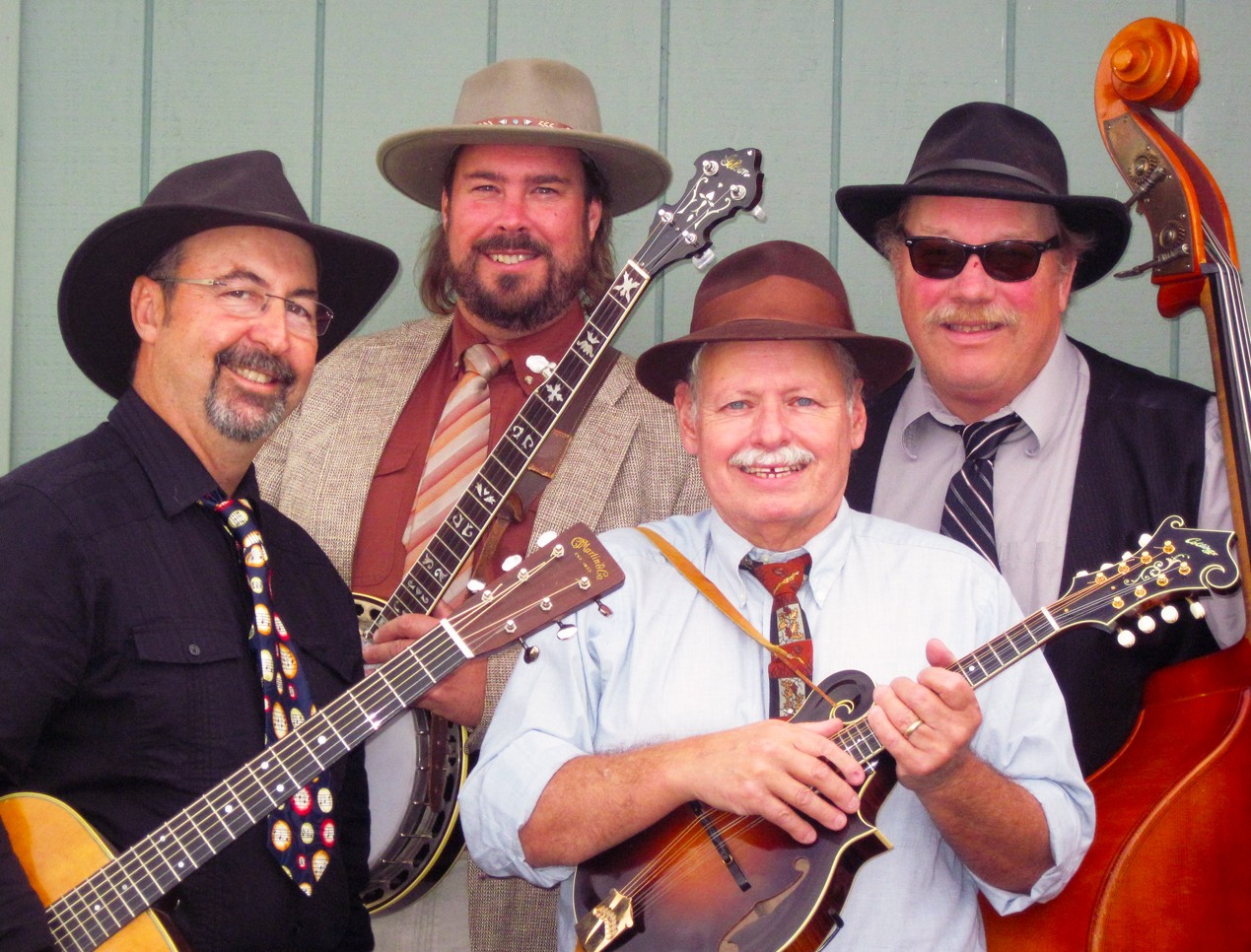 The Compost Mountain Boys are marking their 20th anniversary playing what they call "Humboldt County bluegrass" with the release of the band's first full-fledged CD, High on a Mountain.

It all began in 1992 with the late Sean Bohannon and current Compost banjo player Tim Wilson playing as a duo at an Arcata Mexican restaurant, the Casa Que Pasa. Bassist Marty Johnson joined not long after; another banjo player came and went. In fact, a half dozen or so pickers have come and gone over the band's two decade span.

Around 1997, mandolinist Mike "Spumoni" Manetas joined the Boys after playing in several local bluegrass outfits including Fickle Hill and Wild Oats. "When I first joined [Compost] was more an instrumental band," said Manetas. He loves to sing so he influenced the repertoire in that direction. "It took work and time and practice, but we got into a fuller, broader range of bluegrassy material. In a way I think the CD reflects the way the band has transformed." While Manetas is the bluegrass traditionalist, the newest Boy, guitarist Marty Dodd, also plays in the country rock band Old Dog, and adds in that sort of flavor. All four members take turns in the lead, giving the CD a nice variety.

In some cases their versions of crime tales are tweaked to add a local angle. "We're a Humboldt County band -- we do what we want to do, mainly to have fun," said Manetas. "We only take ourselves half-assed seriously." So the Dillards' song "Dooley," a story about a moonshiner one step ahead of the revenuers, turns into a song about a "good ol' boy south of Garberville" with a "garden in the hill" chased by CAMP. "Tim wrote that a number of years ago," said Manetas. "He was working the graveyard shift as a dispatcher for the sheriff or some other police department." In between calls he'd pick his banjo and write often playful lyrics.

"Like I said, we're a local Humboldt band," Manetas emphasized. "We're not that interested in touring. We started playing at Shamus T Bones recently. We love playing the Farmers' Market and the Mad River Tap Room. [They're there the third Thursday of every month.] We do a lot of parties and weddings. We're here."