One ordinance to rule them all, and a very large elephant in the room 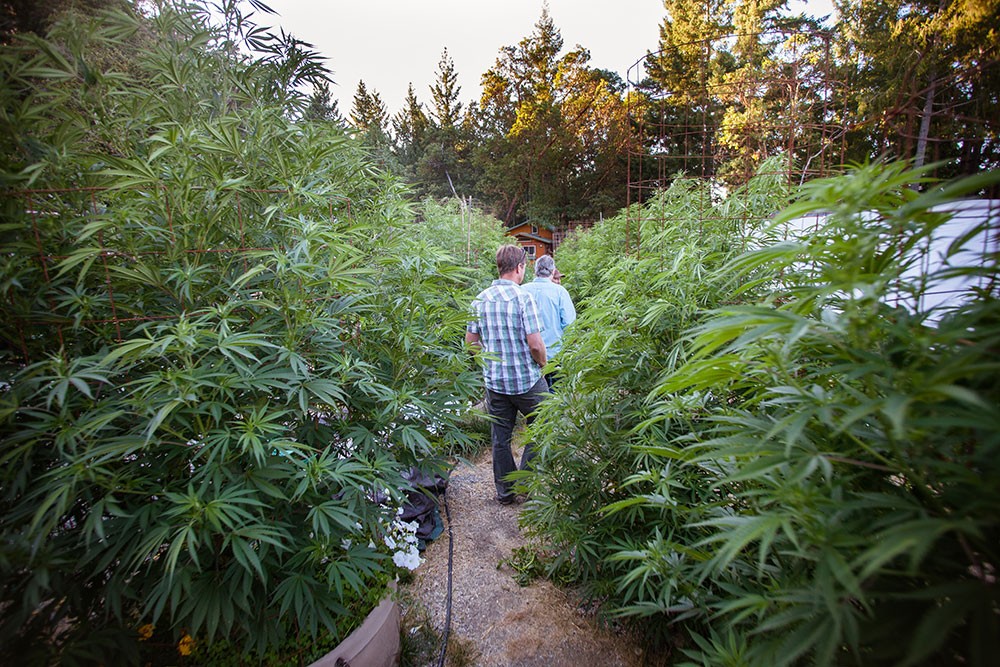 So much has transpired since Humboldt County passed its groundbreaking Commercial Medical Marijuana Land Use Ordinance — passage of state medical cannabis regulations, statewide recreational legalization and the creation of a new regulatory framework for both industries — that it can be easy to forget it happened just two years ago.

"It's like from 1932 in cannabis years," says Humboldt County Growers Alliance Executive Director Terra Carver. "It's just so dated."

On March 19, the Humboldt County Board of Supervisors is slated to consider version 2.0, a new commercial land use ordinance that will repeal and replace much of the prior framework. The new ordinance, which is drawing praise from environmental groups and cultivators alike, contains a host of changes aimed at clarifying regulations and bringing them in-line with state rules, mitigating some unintended consequences of the old ordinance and, potentially, giving local farmers an opportunity to capitalize on canna-tourism.

"I'm really proud of this second ordinance because it encapsulates conversations on both the state and local levels," says Carver, noting it's the product of a long string of public meetings. "I really respect the public process that's been going on with this ordinance."

County Planning Director John Ford says the biggest changes in the new ordinance come in the way the county treats prime agricultural zoned lands, which the previous ordinance targeted as the sites of new cultivation operations. That brought a host of unintended consequences, according to the director. Land prices ballooned, pricing out some traditional agriculture and endangering the county's non-cannabis agricultural base. Additionally, concerns arose about cannabis farmers importing soil to these sites, changing the land compositions that earned the parcels the zoning designation in the first place.

Another big change, Ford says, is that the new ordinance would give neighboring jurisdictions more input and control as to what happens in their spheres of influence or on the lands that abut their boundaries. This has been a point of contention with the city of Fortuna — which has outlawed all commercial cannabis activities — and has voiced frustration about permits approved near city boundaries. Ford says the new ordinance would give cities "a higher level of review" and require mitigation measures — like increased setbacks and odor reduction strategies. (To date, the county has approved nine cultivation permits within local cities' spheres of influence.)

The most exciting additions to the ordinance, from Carver's perspective, would potentially open the door for cannabis-focused tourism experiences.

"One of the things that a lot of agricultural industries are recognizing is that people like to get in touch with the earth where a certain product is manufactured or produced," Ford says, adding that the new ordinance includes provisions that would allow for farm stays and farm tours.

Farms wishing to pursue such opportunities under the ordinance would have to meet access requirements under the Americans with Disabilities Act and include onsite parking.

"It's really up to the farm operator to incorporate that into their business plan," Ford says. "But we did incorporate provisions for people to accommodate a couple of different types of tours. Some people are trying to start businesses where they have, like, small bus tours that take people around from farm to farm."

Additionally, Ford says, farms will have to prove roads to their properties can take the added traffic without becoming a danger to the public — that they be two, 10-foot lanes separated by a center stripe — or causing added environmental impacts, like impacts to drainage, sediment loads and water quality.

As Carver says, "We don't want millennials driving their Priuses down Panther Gap."

A big factor in the ultimate success of these tourism plans seems to rest on how onsite consumption rules are ultimately interpreted. Currently, the state bars cultivators from selling their products directly to consumers — unless they hold a micro license — but rules regarding free samples and on-site consumption are open to interpretation, with some thinking it's fair game and others considering it verboten.

There's currently some wrangling on this subject in the state Legislature. Notably, Assemblyman Jim Wood has introduced Assembly Bill 2641, which would allow the Bureau of Cannabis Control Licensing to issue temporary event licenses aimed at giving cultivators the chance to sell directly to consumers on a limited basis during a specific event, which some believe would be interpreted to include tastings and tours.

The California Department of Fish and Wildlife has registered concerns with the environmental impact report underlying the new ordinance, saying it doesn't assess the cumulative impacts of unlicensed grows. Additionally, the department says the report doesn't adequately address noise and light impacts on wildlife, and does not provide adequate mitigation measures to protect threatened species. (See the department's full comments at www.northcoastjournal.com.)

Ford says the type of full-scale review requested by Fish and Wildlife isn't required by the California Environmental Quality Act. Specifically, he says the act requires that the county identify a baseline to work from and then determine how the new ordinance would impact that baseline. Because there are thousands of existing unpermitted grows in the county, that's the baseline, Ford says, leaving the county to solely evaluate the impact of additional, regulated grows.

For his part, Environmental Protection Information Center Executive Director Tom Wheeler says he likes what he's seen from the new ordinance, though he's careful to note that he's only reviewed working drafts and not the final one that will be presented to the board Monday.

"I think the ordinance itself is strong," he says. "I think the requirements within the ordinance mean that if you are a farmer and you are actually adhering to the ordinance, you are going to result in a relatively low impact to the environment. This will make [cannabis] the most regulated crop in California and I think Humboldt County is really going to lead the way. Our regulations are way stricter than what the rest of California is requiring."

But Wheeler is also quick to note that more than 85 percent of cannabis farms in Humboldt County are not in the system and not on the road to compliance.

"I think the real elephant in the room is still that huge range — 8,000 to 15,000 unpermitted grows, black market grows or whatever you want to call them," he says. "Trying to unwind that history is going to be difficult, challenging and fraught with controversy. ... But I think that question is almost outside the ordinance."