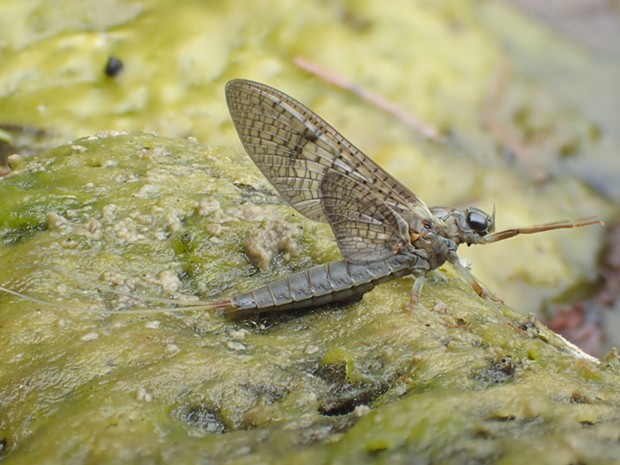 As the days get shorter and the nights colder, many insect species have attained their adult phases. With one important exception, it is only in the adult phase that winged species get their fully developed wings and can reproduce. 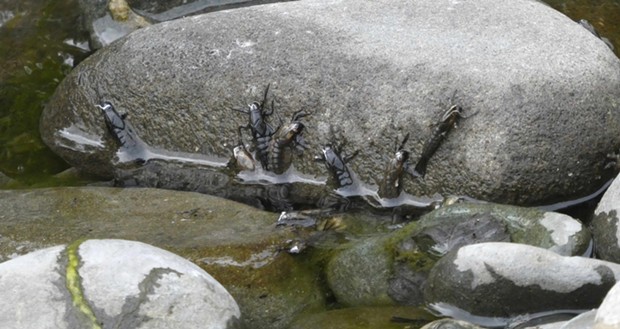 After spending a year or two as water breathing larvae, mayflies (order Ephemeroptera) make their way to the waters's edge split their skins, inflate what amounts to wing spars and fly away as subimagos or duns, as they're known to fly fishermen. Now the race is on. They don't have much time to find a mate and procreate the species since they have no mouth with which to eat or a functioning digestive system. Some only live for a few hours, shedding their skins once more to become imagos or “spinners.” Since they have such a short time to mate and lay eggs back in the river, it is imperative for them to emerge at the same time, which can give rise to impressive numbers all flying at once. This is called a “hatch.”

Recently, on a stroll along a local creek, I saw some of the largest mayflies I've ever seen. On rocks at the edge of the water were numerous “shucks” or exuvia, and a newly emerged female dun of the genus Isonychia. At that point it was her job to get away from the river, molt once more, find a mate and return to the river to lay eggs — all before she runs out of fuel or gets snatched up by a predator.

Unlike the mayflies, baby mourning cloak grasshoppers (Dissosteira carolina) look pretty much like adults, except the adults can fly. When they're not airborne, they carry their hind wings folded up like a fan under their narrow front wings. Those hind wings are colored like the similarly named mourning cloak butterfly, black with a light edge. The females lay their eggs in sandy places to hatch next spring. Occasionally you can see one facing into a gentle breeze and hovering. I suspect this is a display like butterflies perching, a behavior advertising their availability for mating.

Finally, you heard it here first. In a previous post, I explained the markings on honeybees frequenting the rosemary blossoms on my garden ("Mystery Markings," April 20). The back page article of the September 30 issue of Science News explains the same phenomenon. 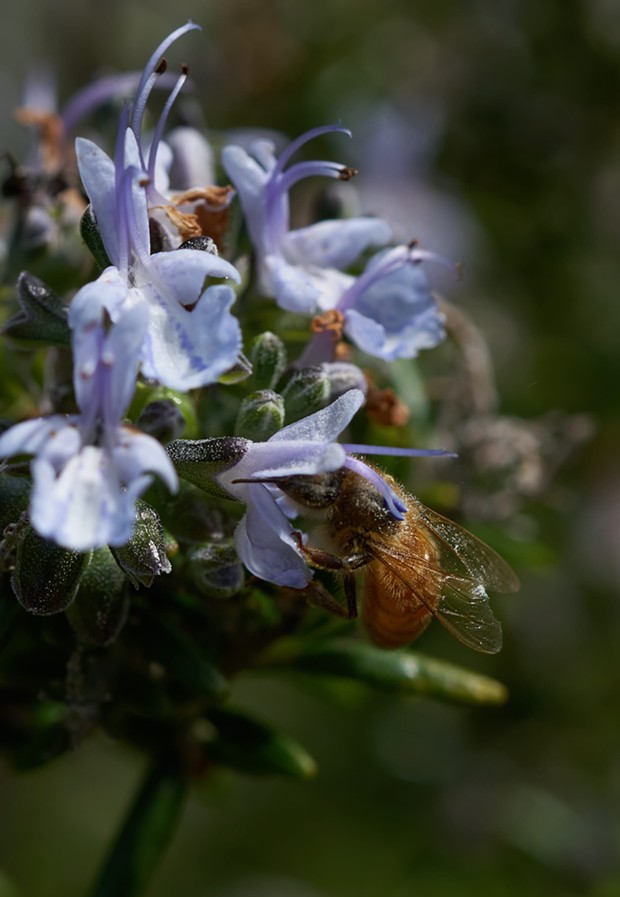