HumBug: Bugs in the Wood 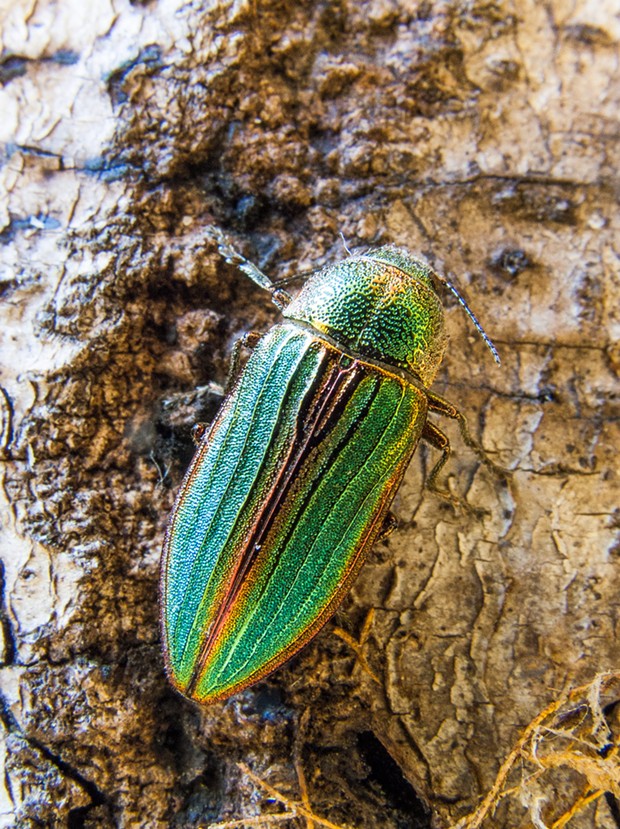 In July, PG&E sent a crew to take down some big trees on its easement across the back of my property. I had no objection, as this area is unused. Now, six months later, when I finally got around to bucking and splitting it, I find the wood already colonized by insects. The bugs gnawing at my firewood are several different kinds of beetle larvae. It's not surprising since Coleoptera (aka beetles) contains the most species of any order in the insect world. 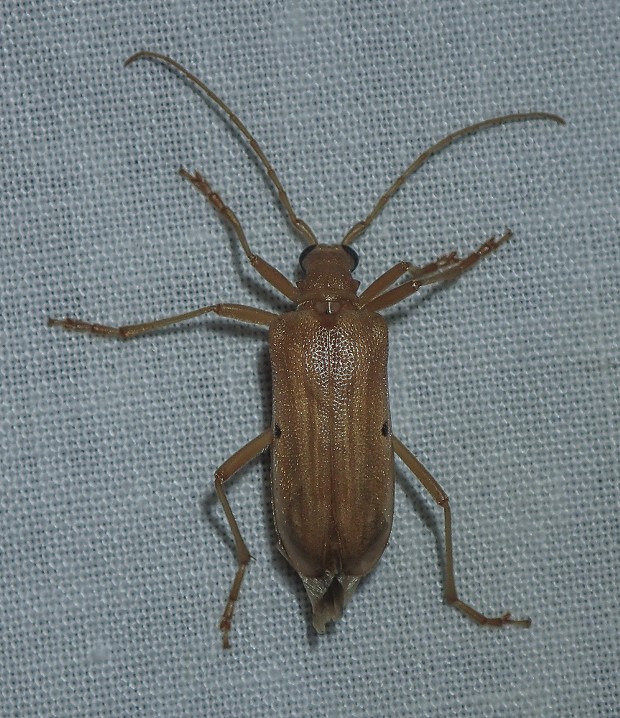 These beetles are all larvae at this time of the year, and in fact, it is uncommon to find adult beetles in wood at any time. As larvae, they have one job: eating. In this phase of life they store energy to see them through pupation after which they gnaw their way to the outside world and search for a mate. I've found four different kinds in my wood pile. Long horned beetles (cerambycidae), also known a “round headed wood borers,” which can be some of the largest grubs found in dead wood. Flat headed wood borers (buprestidae) whose larvae have really flattened heads. Powder post beetles (lyctinae ), known for packing their burrows with frass (aka bug poop) that is a fine dust. Bark engraver beetles (family scolytinae) which leave distinctive galleries just under the bark. I also found larva of fire colored beetles (pyrochroidae), which do not feed on the trees themselves but most likely eat other small denizens of the dark world between the bark and wood. 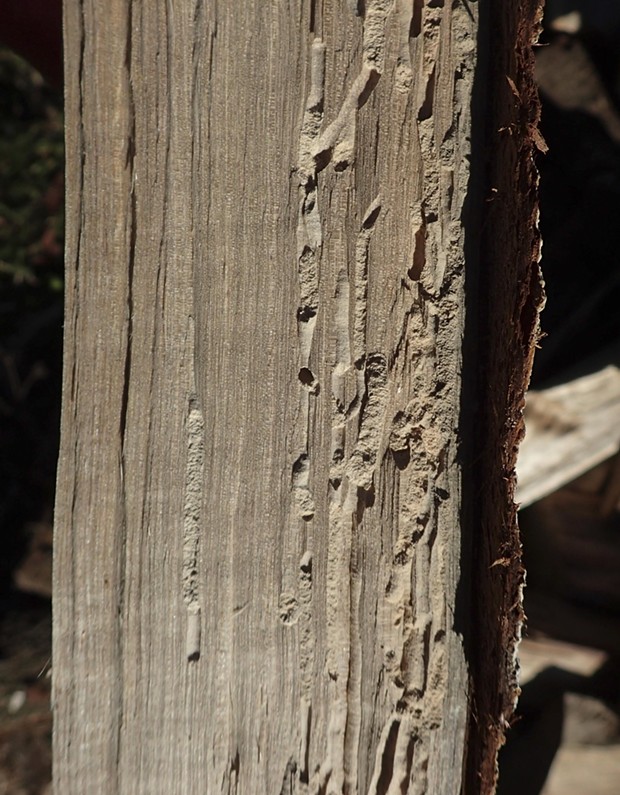 In this case I believe all these creatures colonized the logs after they were dead. Healthy live trees have many defenses against invasion but once on the ground, it is actually in the forest's best interests to decay quickly, returning locked up nutrients to the soil for the next generation to utilize. 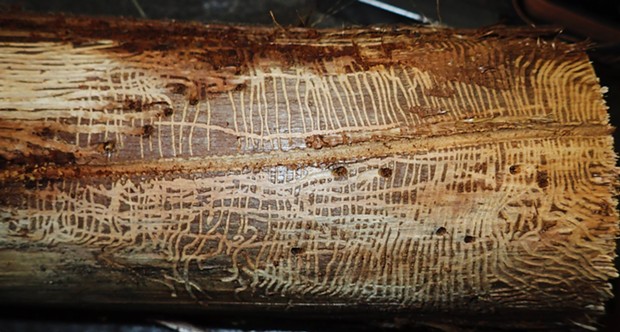 Buprestids are also known as “metallic wood borers” due to some species having remarkable gleaming coloration. These are structural colors and as such cannot fade like common pigments do. This coloration is so remarkable, some ancient artisans collected them to clad ceremonial robes with their gleaming wing covers.