On a recent stroll along my favorite section of the Van Duzen River, I saw about a dozen dragonflies of at least five species. I was able to get close enough to get photos of three individuals. Two of those were species I'd never seen before, the spot winged glider and the grappletail. The latter specimen flew weakly, though her colors were bright, and her wings pristine, leading me to believe she had only hours previously emerged from the river and shucked her larval shell. 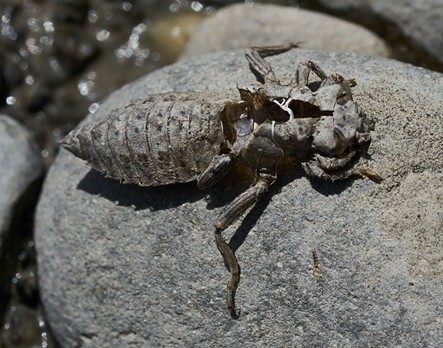 I only recently totaled up how many different varieties I've encountered in the last seven years of actively photographing and identifying them. In that time I've had two county firsts, being the first person to ever report sighting a species in a given county — Emma's dancer in Del Norte and red rock skimmer in Humboldt. And I've got bragging rights for reporting the last dragonfly of the year and the first statewide for the variegated meadow hawk, which is unique for overwintering in our area. It's great fun and my personal list right now stands at 23 species, all of which are from Humboldt or adjacent counties. 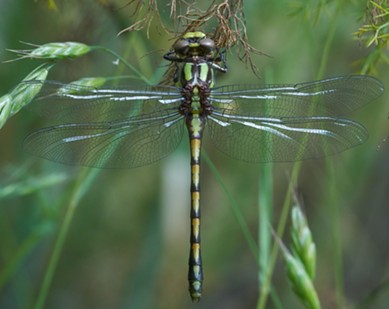 Dragonflies stand out as a gateway drug to the addiction of amateur entomology. There are relatively few species to learn (about 72 in all of California), they are large, showy insects that are easy to recognize, and are fascinating organisms in their own right. 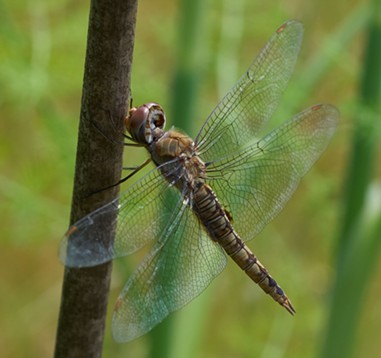 The study of even such a small, well known, and much studied group is in no way a “done deal” with everything being already known. Amateurs can and do frequently add to our knowledge about them.