Tip over a rock and you're likely to encounter something. Frequently, you'll see a black beetle a little smaller than a pumpkin seed scurry away. They really don't like the light. These are type of ground beetle, members of the family carabidae, one of the largest families of animals in the world. They are predators, preying on nearly anything they can subdue, coming out from under their rocks in the dark of night to hunt.

Closely related is a different kind of ground beetle with a rounded body, a long, thin head and extended jaws. This particular critter is a specialist, subduing snails and slugs. The narrow head is just the ticket to dine on escargot in the shell. Being predators, this family of beetles is, on the whole, considered pretty beneficial to humankind. 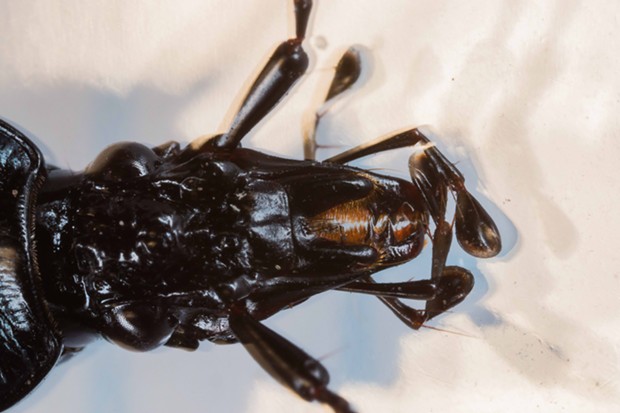 Yesterday, after working in my yard, I found a tick nymph crawling on my clothing. Thankfully, it had not had the opportunity to attach itself to me since I have pretty nasty reactions to them. Being vigilant about handling them, I have two different ways of disposing a tick once I've captured it. The first is just flushing it down the toilet. The second is capturing it between layers of adhesive tape which isolates any disease organisms it might be carrying, preserves the critter, and allows for safe inspection for identification. So folks, please watch out when you're out and about in the outdoors. 'Tis the season. 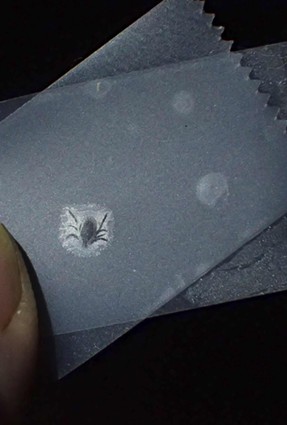